Industry Perspective: Emulate Before You Fabricate - A Mantra for Defense Electronics 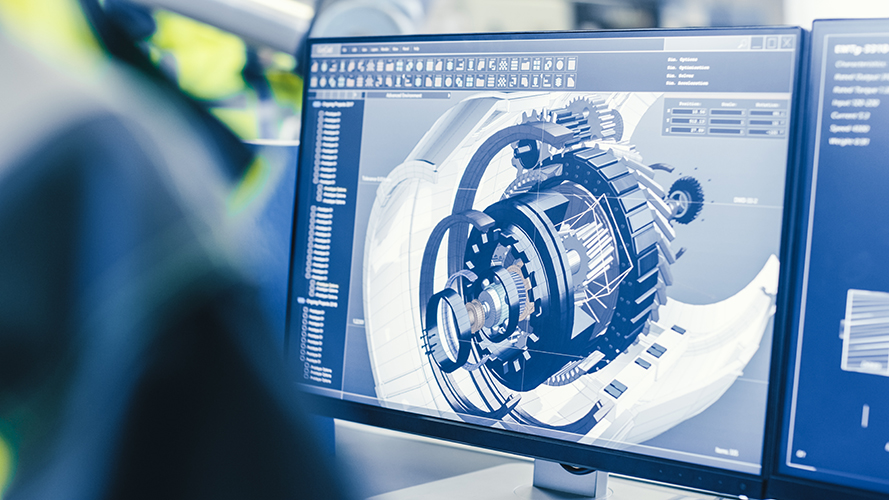 When it comes to the continued execution of the 2018 National Defense Strategy, creating high-quality electronics efficiently is crucial. But how can the Defense Department reach its crucial electronic design goals?

For starters, it can draw parallels from the story of transition detailed in James P. Womack’s The Machine that Changed the World. This 1991 classic outlines how a well-known Japanese automaker whose business grew tremendously in the 1980s and 1990s successfully created a highly efficient production process that embraced a “design for quality” practice to deliver products much more smoothly than legacy methods. In fact, the methods employed by this automaker worked so well, they have since become industry standards.

To take full advantage of this evolved production system, automakers around the world abandoned the traditional, compartmentalized product development system and developed one in which the entire production team — from designers to product engineers to manufacturing engineers to purchasing agents to suppliers and line workers — made decisions together from the beginning. As described in Robert A. Lutz’s 1998 book Guts, this system streamlined the entire development process, saving time, money and untold hassle when the car finally hit the assembly line. This revolutionary approach eliminated as much inconsistency and waste as possible, resulting in a series of products that consumers sought out due to the automaker’s keen ability to seemingly anticipate market needs.

Building on the Defense Department-funded very high-speed integrated circuit technology, today’s commercial electronics market operates on a “can’t miss Christmas” product development pace. This pace relies on the principle of “emulate before you fabricate,” where hardware is not fabricated until the development team is assured — using emulation — that the design will meet the desired requirements.

It’s a first-pass-success, future-proofed product development process that can produce the affordable, sustainable and agilely modernizable products that the department needs. In fact, this process has enabled it to establish the following goal stated in the 2018 National Defense Strategy: “Prototyping and experimentation should be used prior to defining requirements and commercial off-the-shelf systems. Platform electronics and software must be designed for routine replacement instead of static configurations that last more than a decade.”

The Defense Department and Congress are convinced of the value of the commercial electronics design process and are currently applying it to acquisition, sustainment and modernization programs. Using the commercial best practice of “emulate before you fabricate,” the current acquisition “test-fix-test” cycle, which was one of the major causes of program cost overruns and schedule slips, is slowly beginning to be eliminated.

The “emulate before you fabricate” practice reduces the likelihood of expensive hardware mistakes through the co-verification of the system hardware and software designs. Showcasing its support of this workflow, the department now has an emulation center, operated by the Air Force Research Laboratory at Wright Patterson Air Force Base, Ohio, which supports a number of acquisition category 1 programs.

The payoff of adopting these practices for weapon systems development with emulation supporting the “shift-left” in system-on-chip verification includes: shortening the engineering and manufacturing development phase; eliminating the inclusion of obsolete electronic parts in newly fielded systems; ensuring new systems are immediately sustainable when fielded; and ensuring newly fielded systems are agilely modernizable.

With such obvious advantages, why has the defense industrial base been so slow to adopt “emulate before you fabricate” as its electronic systems design practice? In the recent past, the observed development cycle process of the industrial base has often been largely a serial process in which a design phase is followed by simple simulation runs, shifting focus to debug in the lab early and typically requiring multiple iterations on the design. It is centered on hardware development, where large, complex and custom system prototypes are built based on field-programmable gate arrays, which are then used for software development once hardware is available.

This, too, often reflects a waterflow model that requires hardware and software development to be serial, leading to unnecessary delays as software development is stalled until working hardware is available. The risk of finding irreconcilable issues with the hardware/software interface that will require one or several re-spins of the hardware is incredibly high. The timelines are often so long that obsolescence becomes a critical issue, given that standard off-the-shelf parts have limited lifecycles. This makes custom application-specific integrated circuits a very real alternative.

When making the inputs to an application-specific integrated circuits design flow for a required deliverable, obsolescence can be addressed by following the standard semiconductor timelines and moving to the next technology when needed. In general, due to its serial nature, not enough emulation is completed before fabrication.

The typical commercial electronic systems development process for system-on-chip, which is increasingly extended to full chip development, is shown in Figure 1.

This design process enables the “can’t miss Christmas” product development cycle. With the development cycle of system-on-chip easily taking 12 to 18 months, first-pass silicon is a key paradigm that commercial processes have enforced for decades. The key attributes of this flow are early software development — referred to as “shift-left” in commercial electronics development — and metric-driven verification, which allows the team to identify how far the verification process has progressed at every stage of the project and how close a design team is to meeting the declared project goals, such as coverage.

Silicon intellectual property providers often give the required models as part of their standard deliverables, and reuse often makes up well over 80 percent of a system-on-chip. As the design itself matures using the middle four verification engines — formal, simulation, emulation and prototyping — users apply software-based simulation, hardware-based emulation and field-programmable gate array-based prototyping to re-map the design description as bug curves flatten during the verification process.

Today’s related processes employ techniques like virtual platforms, often referred to as software-based emulation, even before hardware blocks are defined in very high-speed integrated circuit hardware description language, or Verilog, which are today’s standard languages for design entry. These processes enable software development while the hardware development progresses in parallel. Formal verification ensures the correctness of blocks that are to be integrated, and, today, also extends to aspects of system-on-chip verification, like register correctness and security.

For the execution of longer hardware tests and to allow for the bring-up of software, performing emulation using specialized hardware as well as prototyping prior to fabrication not only ensures the functional correctness of the hardware, but also enables earlier software development. In this scenario, software development can begin weeks after hardware development has commenced, allowing the software work to be completed as the design matures.

This parallelized process also enables pre-silicon integration with real-world environments, allowing the design to interact with real-world network traffic and produce real-world video and audio output. In today’s commercial practices, phone calls from a mobile device can literally be made pre-silicon, and the functionality of an advanced driver-assistance system application can be achieved using prototyped silicon in virtual environments.

This process also facilitates cross-company interaction, exchanging simulation and emulation, and prototyping models between business groups within companies and across supply chains. Proper integration of the various engines is key as is centralized verification management, where collecting verification metrics, such as coverage from all available sources, keeps track of design changes and progress toward verification goals. In this instance, metrics are collected from all engines and aggregated in a verification planning environment, keeping all involved participants appraised of progress towards the verification goals.

These techniques, as applied in commercial best practices, have a profound impact on the development process. In the classic V-diagram that shows the design and integration on its arcs, applying emulation techniques, metric-driven verification and parallel software development leads to a slimmer, steeper V, allowing the integration to be shifted to the left by performing some of the integration tasks using virtual integration instead of waiting for actual physical prototypes. This results in greatly shortened design cycles and a reduction in costly re-spins.

To meet the intent of the National Defense Strategy, we are seeing that the Defense Department is already adopting commercial electronics design best practices. To fully realize the advantages of this adaptation and achieve optimal success, buy-in and full adaptation by our defense industrial base is a must. The refusal or slow adaptation of these processes provides opportunities for startups, small businesses and non-traditional defense companies to enter this market, which could also prove to be a viable alternative.

The department has shown an increasing willingness to work with these non-traditional companies to meet their needs, and it will be interesting to see how things progress. One thing is for sure — learning from history and observing parallels in other industries serves as useful benchmarks for finding the path forward.