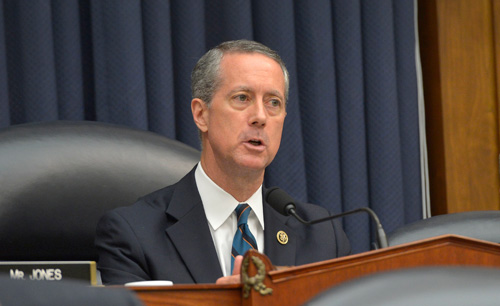 To mitigate the ongoing effects of the COVID-19 crisis, the Defense Department should receive extra money in the next round of stimulus funding, although the exact amount is still unclear, said a key lawmaker June 29.

Ranking Member of the House Armed Services Committee Rep. Mac Thornberry, R-Texas, said recent testimony from Undersecretary of Defense for Acquisition and Sustainment Ellen Lord made a compelling case for appropriating additional funds to the department to tackle the fallout from the pandemic.

“Ellen Lord helped me at least understand some of the COVID-related expenses at DoD," Thornberry said. “Programs are delayed. That makes them more expensive. ... There are issues related to the industrial base, especially single-source suppliers who may not be able to stay in business.”

Lord testified at a HASC hearing on June 10 that the Pentagon faces billions of dollars in pandemic-related claims. Section 3610 of the Coronavirus Aid, Relief, and Economic Security Act allows agencies to reimburse contractors for payments to employees who were prevented from working due to virus-related facility closures or other restrictions, she said.

“It is important to note that Section 3610 authorized but did not appropriate the funds needed to make these reimbursements,” Lord said. “While the department may be able to use other appropriated funds to reimburse the contractors, the cost for 3610 is likely well beyond the department’s resourced ability to do so without significantly jeopardizing modernization or readiness.”

Lord noted that one major prime estimated that Section 3610 impacts could be up to $1.5 billion for their company and associated suppliers.

Overall, she said the total costs would be in the double-digit billions of dollars.

However, exactly how much the Pentagon is likely to receive in the next stimulus package is still up in the air, Thornberry said during a phone call with reporters hosted by the Project for Media and National Security at George Washington University.

Lawmakers are just starting to get a handle on what those extra costs incurred by the Defense Department may be and how they should be considered in future supplementals, he said.

“There was about … $10 billion that went to DoD in one of the first bills, but that was really direct costs or support ... for the interagency, flying stuff around and all of that,” he said. “It didn’t really get the extra cost incurred by DoD as a result of COVID.”

While some lawmakers have signaled that a new stimulus package could come as early as July, Thornberry threw cold water on that idea.

After July 2 “the House will not meet for two weeks while the appropriators are … working on their bills,” he said. “Then we'll come back in for two weeks in July to do our bill on the floor, as well as the appropriation bills. Well, that's a lot to get done in two weeks.”

When a new stimulus deal might get hammered out will depend on a number of issues and not all of them are defense-related, he noted. It’s unclear if there will be bipartisan support for providing additional relief to the Pentagon, Thornberry said.

“It would be part of a bigger bill, and I think the support will be dependent upon what that bigger bill looks like,” he said.

Looking further down the road, the world will not be safer after the COVID-19 the pandemic ends, Thornberry said.

“We are still going to expect the men and women who serve to carry out their missions under all circumstances,” he said.  “What I don't want to do is ask them to keep the high tempo while resources are shorted. We saw what happens when that occurs. … If we expect them to do their job, we need to do our job in fully and adequately supporting them.”