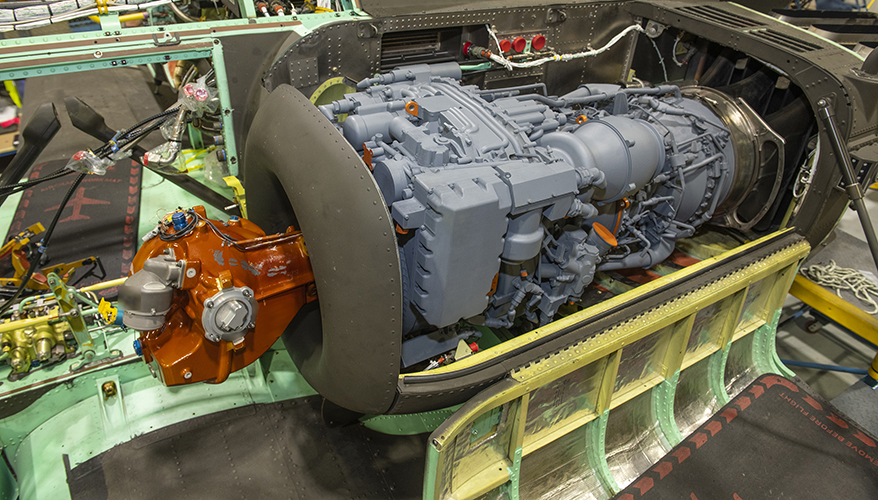 The schedule for the Army’s future engine for the UH-60 Black Hawk, AH-64E Apache and Future Attack Reconnaissance Aircraft is at risk for slippage because of the ongoing COVID-19 pandemic, the head of the program executive office for aviation said June 10.

The Improved Turbine Engine Program, or ITEP, is “the No. 1 watch item we've had across the future vertical lift portfolio for COVID impacts,” said Patrick Mason.

The service has been working to accelerate the timeline for the GE Aviation-built engine, including moving up the critical design review from the fourth quarter of this fiscal year to the second quarter, he said during an online event hosted by the Heritage Foundation, a Washington, D.C.-based think tank.

However, because of the emergence of the coronavirus, the review is being pushed to the third quarter and will occur this month, he said.

“Given COVID and all of the factors that have gone on with COVID we were unable” to complete the review in the second quarter, Mason said. However, “we will finish the CDR prior to the original plan," he added.

The service is building up to the critical design review and has completed component-level CDRs, he noted

Because the engine is the most mature technology in the future vertical lift portfolio, that makes it the most at risk, he said.

"Hardware needs to be coming in the later part of this year so that we can test at the component level, assemble into the engine and then go to first engine test,” Mason said.

The next month or two will be critical for the program to see where it stands on hardware deliveries and whether or not it will reach the first engine test milestone next year, he noted.

There is an extensive supply chain associated with the ITEP program and there have been disruptions in production for some components, Mason said.

"Those are things you can't telework,” he said. “Those are folks that have to go into work because they're building components that are coming together.”

In the wake of the COVID-19 pandemic, GE Aviation announced that it would cut and furlough staff. However, that has not negatively affected the ITEP program, Mason said.

“What we have seen is just the challenges associated with the distributed environment [and] trying to execute through,” he said. “It gets back to supply chain and production elements that are necessary for components, and you can't do that in a distributed manner. You've got to be on site and there are certain efficiencies that you lose.”

Meanwhile, Mason noted that both the Future Attack Reconnaissance Aircraft and the Future Long-Range Assault Aircraft — two of the most important modernization efforts within Army aviation — are on track despite COVID-19. FARA fills a need for an armed scout platform, and FLRAA will replace the Black Hawk.

“Given where they are within the engineering design phases of it right now, we have not seen any significant impact,” he said. “The teams have really been phenomenal at being able to work through all of the telework aspects and remote aspects so that they can continue to execute the engineering design work, as well as the trades analysis and design optimization.”

In March, the Army announced it had selected Bell and a Sikorsky-Boeing team for the FLRAA competitive demonstration and risk reduction effort, which will be held prior to a competition for a program of record.

That same month, the Army picked Bell and Sikorsky to move forward on a competition for FARA. The program is in a design phase for the rest of this calendar year, and is on a tight timeline to build aircraft by fiscal year 2023 for a flyoff.