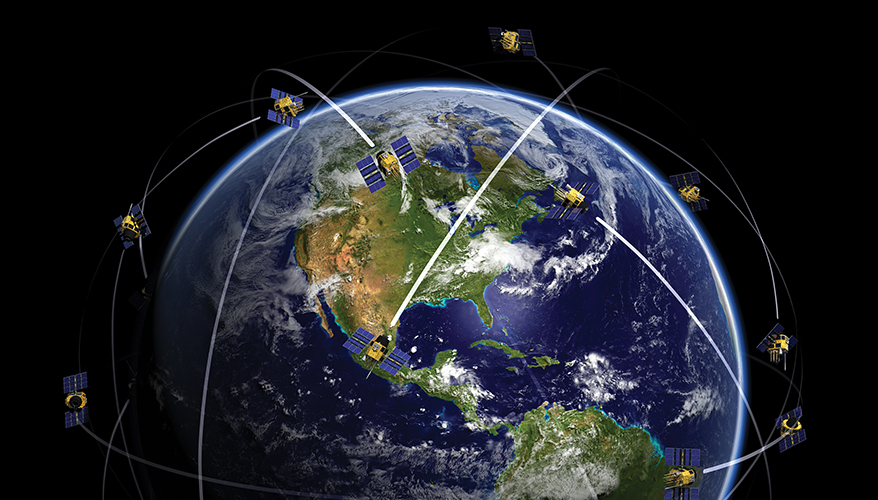 Behind the everyday technology that keeps the world buzzing is an unseen, but crucial backbone known as the Global Positioning System, or GPS.

But despite new positioning, navigation and timing satellites coming on board meant to bolster and protect the nation’s GPS, the system is still vulnerable to adversaries who may seek to wreak havoc on the United States by jamming or spoofing its signals.

The White House sounded the alarm earlier this year when the Trump administration released its “Executive Order on Strengthening National Resilience through Responsible Use of Positioning, Navigation and Timing Services.”

PNT services “provided by space-based systems have become a largely invisible utility for technology and infrastructure, including the electrical power grid, communications infrastructure and mobile devices, all modes of transportation, precision agriculture, weather forecasting and emergency response,” said the order, which was released in February.

However, because of the widespread adoption of these systems “the disruption or manipulation of these services has the potential to adversely affect the national and economic security of the United States,” the document noted.

The federal government must foster the responsible use of PNT services by critical infrastructure owners and operators and ensure that such organizations can withstand the disruption or manipulation of the services, the order said.

Within one year of the order, the secretary of commerce, in coordination with “sector-specific agencies” and private industry, must develop what are known as PNT profiles, the document said.

These profiles will be reviewed every two years and updated if necessary, according to the document.

Meanwhile, the secretaries of Defense, Transportation and Homeland Security will be required to refer to these profiles when updating the federal radionavigation plan.

The plan is the official source of positioning, navigation and timing policy and planning for the federal government, according to the Department of Transportation.

Within one year, the Department of Homeland Security will be required to develop a plan to test the vulnerabilities of critical infrastructure systems, networks and assets in the event of disruption or manipulation of PNT services.

Additionally, within 90 days of the creation of the profiles, executive departments and agencies, through DHS, must develop “contractual language for inclusion of the relevant information from the PNT profiles in the requirements for federal contracts for products, systems and services that integrate or utilize PNT services, with the goal of encouraging the private sector to use additional PNT services and develop new robust and secure PNT services,” the order said.

Jean-Yves Courtois, CEO of Orolia, a global company with U.S. headquarters in West Henrietta, New York, that focuses on resilient PNT, said there are many threats to the nation’s GPS signals.

These are “growing in the sense that it is easier to jam and spoof than [ever] before because the technology has developed and gets somewhat commoditized with … some things that are available on the web,” he said.

For the military, jamming is the biggest threat, he said.

Orolia, which works with numerous militaries around the world, is seeing hotspots of jamming activity in areas around Syria, China and North Korea, he said.

Any place where “weapon systems are procured from Russia, you are potentially at risk as well because they have pretty good [global navigation satellite system] jammers,” he said. GNSS is a term for navigation satellites that provide positioning information and includes GPS.

However, spoofing of U.S. military signals is less likely due to M-code, or encrypted signals, that the services employ, he added.

In the commercial world, jamming is the main issue, Courtois said. However, that can often happen because of accidental interference.

For instance, truck drivers that do not want to be tracked by their employers are using $10 jammers that are remarkably effective, he said. These systems can unintentionally interfere with other signals.

While the spoofing of critical infrastructure is less likely, it is certainly possible and easier to do today than before, he noted.

Courtois said the White House’s executive order on PNT resiliency is a well-balanced and pragmatic approach.

“I like the idea of clarifying the threats, suggesting some solutions and leaving some leeway for the critical infrastructure operators to choose … what makes the most sense for them,” he said. There is a “balance between forcing the system a bit and keeping some flexibility because the technology will evolve and not everyone has the same needs and the same resources.”

“It’s not meant to be an end all be all, but it’s actually a very smartly crafted document,” he said. It addresses both the challenges the government has had to date solving this issue, such as interagency coordination, and gives very specific direction.

The order suggested language should be written into contracts so that much needed resilience is legally required, he noted.

Lindsey Sheppard, a fellow at the Center for Strategic and International Studies, a Washington, D.C.-based think tank, said she appreciated that the executive order has called attention to the challenges and vulnerabilities surrounding PNT issues.

“Within specific communities, we’ve been talking about this for years — have known this as a challenge — but there really isn’t that broad awareness there to the general public or to ... general policymakers,” she said.

However, she was surprised that the order focused heavily on continued study of the issue. The Trump administration’s order followed similar efforts by previous Presidents Barack Obama and George W. Bush.

“It read very much as another, ‘We have to have a plan to make a plan,’” she said.

However, “I do appreciate the administration highlighting the challenges and vulnerabilities given that it is kind of a niche expert community, and even within that expert community there’s antibodies to recognizing that there isn’t going to be a technology solution that’s going to get you as good as GPS,” Sheppard said.

While alternate systems may provide a similar capability as a GPS signal, it is critical — especially for organizations such as the military — to have alternatives, she said. Sheppard, who previously worked on PNT issues at Draper Laboratory, said she had many hard conversations with the military explaining the importance of remembering the old ways of navigation such as using maps, compasses, sextants or celestial navigation in case GPS goes down.

In the executive order, the White House called for the Director of the Office of Science and Technology Policy to coordinate the development of a national plan, which would be informed by existing initiatives, for the research-and-development and pilot testing of PNT services that are not dependent on global navigation satellite systems.

Additionally, within 180 days of the order’s release, the secretary of Commerce should make a GNSS-independent source of coordinated universal time available for the public and private sectors to access, it said.

The Army has been a leader in developing PNT systems and through its Futures Command organization stood up the assured positioning, navigation and timing (APNT) cross-functional team. One program it is executing, the mounted APNT system, is meant to provide soldiers with positioning and timing data with the aid of non-GPS platforms that can be used in contested environments.

“The mounted device will fuse GPS data with alternate navigation and timing technology to provide assured PNT to client platforms and systems,” according to the Army. The system will distribute PNT data to multiple systems directly and via networks on a platform.

Other alternatives to GPS could include a low-Earth orbit constellation providing positioning, navigation and timing or a terrestrial capability such as eLoran, an enhanced version of a ground-based navigation system formerly operated by the Coast Guard, Coggins noted.

“In order to get resilience — like in what the executive order is pushing for and what DoD is even trying to achieve across the services — you can’t rely on just GPS alone,” he said.

Coggins added that new GPS satellites known as GPS III and GPS IIIF — which are replacing legacy GPS satellites — will provide the nation with a substantial capability boost when they come online fully.

“GPS III will definitely help,” he said. “The ones I’m really interested in though that change the game … [are] GPS IIIF satellites which are being developed.”

Current GPS satellites transmit signals that have to travel very large distances from their medium-Earth orbit to a user, he said. Because of that distance, the signals are often low powered. It’s the “equivalent to you standing in New York, looking at Los Angeles and trying to see a 60-watt light bulb,” Coggins added.

However, with GPS IIIF satellites, which are scheduled to come online later in the decade, that power will increase substantially, he said. “That is going to have a huge impact on someone’s ability to jam you.”

Eventually the satellites will have advanced clocks that will improve the precision and accuracy of platforms while also protecting against spoofing, he said.

Lockheed Martin, the manufacturer of the GPS III and GPS IIIF satellites, is working to build the new spacecraft that will give the United States that enhanced capability.

The first GPS III satellite was launched in 2018, and has been operational since January, she said. A second system was added into the constellation in April.

Meanwhile, Johnathon Caldwell, vice president for navigation systems at Lockheed Martin said the company has been working on the GPS IIIF satellites for 18 months.

Those platforms take “the modernized GPS III satellite that we’re building now and adds several new upgraded payloads, [such as] a fully digital navigation payload, [and] something called a regional military protection which is a new, more powerful regional signal for our war­fighters that will help give an increased anti-jam and anti-spoofing capability,” he said.

Additionally, GPS IIIF will include a laser retroreflector array which will allow users to shoot a laser at the satellite and identify how far away it is instead of using radio frequency range finding systems, he noted.

That “gives you more accuracy in knowing where the satellite is, which in turn ... [helps you] better figure out where you are,” he said.

The new satellites will also include a new search-and-rescue payload.

Lockheed Martin recently completed the entire critical design review process for GPS IIIF, he said. The company has now transitioned into the early stages of production for the platform.

On-Orbit Servicing of Aging Satellites Possible by End of Year

I'm shocked that someone as sharp as Coggins from BAH even included eLoran in this discussion. I guess he's trying to not offend any potential customer. With Galileo and Iridium online and GPS improvements already showing backups as well as backup timing devices easily purchased by industry this is a threat already being addressed. Strap hangers like LORAN equipment manufacturers keep trying to drive the conversation away from what is already working.