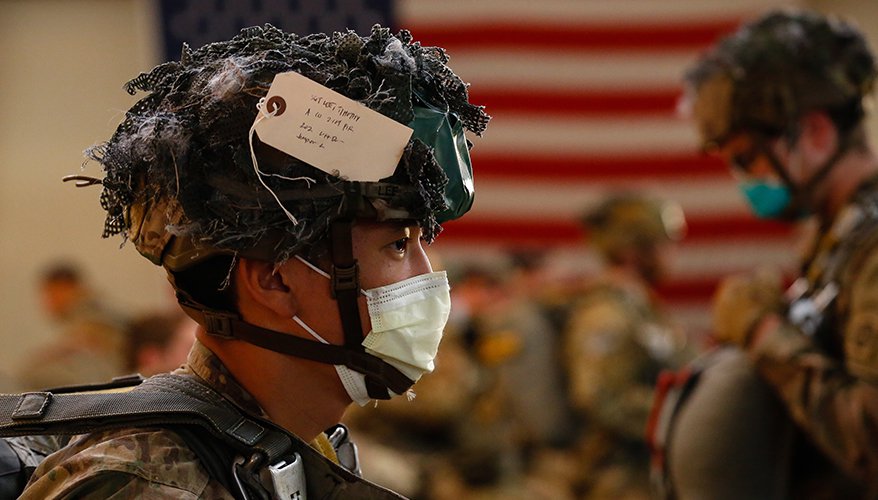 While still in the midst of the COVID-19 crisis, the Army is already thinking ahead about the impacts of future pandemics and how they will affect the service, the head of Army Futures Command said May 27.

“The chances of this happening again are not zero for sure,” said Gen. John Murray, Futures Command’s commanding general.

“It’s demographics, it's urbanization, it's economies, it's pandemics,” he said during a teleconference with reporters hosted by George Washington University’s Project for Media and National Security.

The Army is examining what alternative futures may look like and how they will affect the service, he said. It is particularly concerned about pandemics.

Nestled under Army Futures Command is Army Medical Research and Development Command. Murray noted that the medical command has many smart doctors and researchers who have done key work on viruses such as Ebola, SARS and Zika.

“They’re absolutely a key part of the research that's going on right now” with COVID-19, he said.

These researchers have noted that over the past decade and a half there has been a substantial increase in the number of new coronaviruses emerging in the world, Murray said. Therefore, as the Army, military and country begin to look into the future, pandemics have to be accounted for and considered, he added.

Meanwhile, Army weapon programs across the board are on track despite the impact of the novel coronavirus, said Bruce Jette, assistant secretary of the Army for acquisition, logistics and technology.

“Industry has made a significant adjustment in order to try and make sure that they continue producing on time and on schedule,” he said.

While they haven’t hit those targets 100 percent of the time, the Army only has one program where it knows it will have to make a significant change, Jette said. That involves the Intelligence Electronic Warfare Tactical Proficiency Trainer, which falls under the Army’s program executive office for Simulation, Training and Instrumentation, according to an Army spokesperson.

“It's one of our smaller programs and … is tied to a small company,” he said. The Army has found that the greatest sensitivities so far during the pandemic tend to be in the programs that have connectivity to smaller companies, Jette said. “If one person gets sick in the company, you often end up with the entire company being in quarantine for 14 days,” he said.

However, having only one major program slip is a “pretty good success and tells you a little bit about how hard industry is working to try and stay on track,” he said.

Industry has so far been extremely cooperative with the Army in keeping leadership up to date on any potential COVID-related issues, Jette noted.

That can only happen because of the cooperation of industry, he said.