VSOFIC NEWS: AFSOC on Track to Demonstrate Airborne Laser by 2022 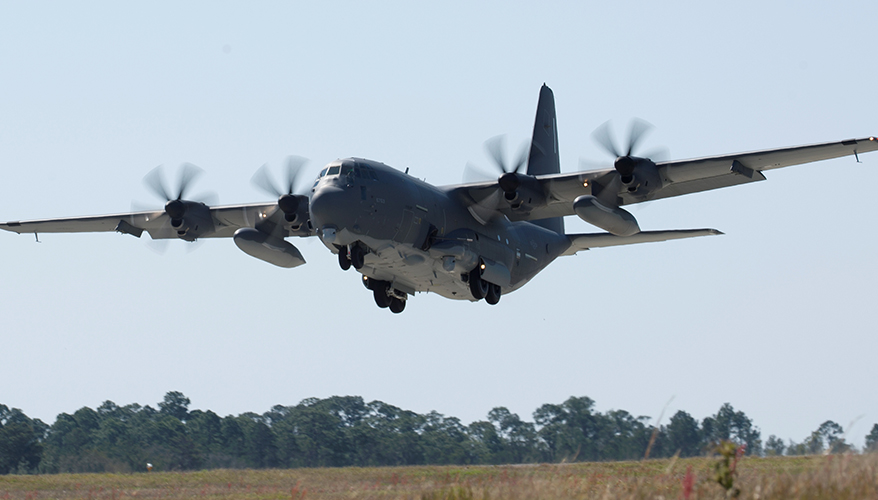 Air Force Special Operations Command will attempt to fire a high-energy laser weapon from an AC-130J aircraft by 2022, a program officer said May 13.

AFSOC has pursued the goal of employing a directed energy weapon from one of its Ghostrider gunships for the past five years. It has so far — in partnership with the Naval Surface Warfare Center at Dahlgren, Virginia — carried out a series of studies and ground tests.

“This is pretty exciting. And if it is successful — and we are planning for success — then it will feed into our new requirements and potentially a new program down the road,” Air Force Col. Melissa Johnson, program executive officer for fixed-wing programs at SOCOM, said during a talk at the Virtual Special Operations Forces Industry Conference, organized by the National Defense Industrial Association.

The tests — largely organized by Dahlgren — have so far been ground based, but the demonstration that is scheduled to take place by the end of fiscal year 2022 will take place aboard an aircraft, she said. It will be a 60-kilowatt weapon, she noted.

The effort was recently changed from a technology insertion program and formally brought under the C-130J program. However, it will still be categorized as a demonstration, she noted.

SOCOM officials at the start of the program originally were shooting for a 2020 airborne demonstration. Funding, not the technology, has been the primary holdup, Johnson said. “After several years of seeking stable funding, we are there," she added.

AFSOC officials have stated that they want such lasers to carry out scalable effects on ground targets.

There is also a larger goal of informing the Defense Department on the performance of airborne electric high-energy lasers, according to Johnson's slide presentation.

“Over the years, [at] the DoD, we have done a lot of work in lasers, but quite frankly, sometimes it hasn’t flowed,” Johnson said.

A successful demonstration will not immediately result in a program of record.

“If this goes forward past the demo ... we'll have an additional [research, development, test and evaluation] program going forward,” she added.

Re: AFSOC on Track to Demonstrate Airborne Laser by 2022

Thank you for the reporting excellence