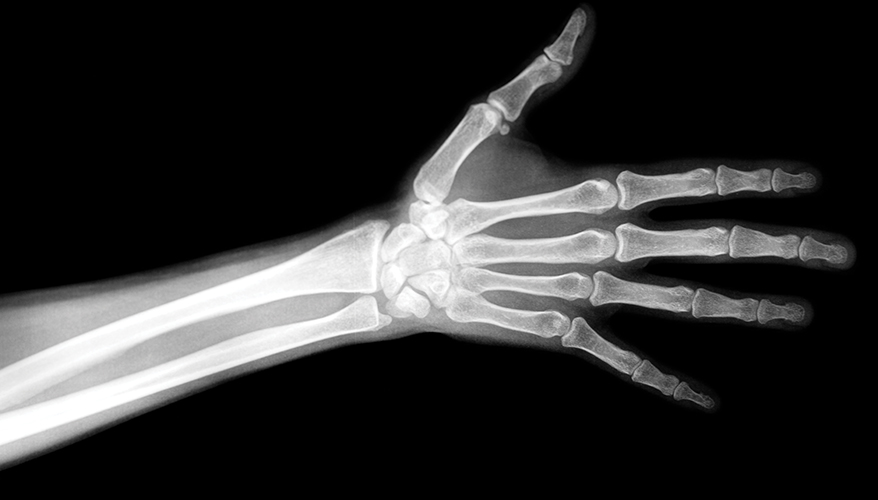 A Boston-based company is working with bone regenerative protein to help servicemembers recover from traumatic injuries.

Luis Alvarez, CEO and founder of Theradaptive, said AMP2 can be applied like paint to an orthopedic implant manufactured to replace or support a damaged bone. This could help speed up the healing process for injuries such as shattered bones. Coating the implant with the protein helps induce repair, he noted.

“We have focused on a particular protein that regenerates bone in particular, [and modified] that protein so that it sticks in certain implants and medical devices,” he said.

The technology has already been tested on animals. At a Cleveland clinic, scientists were able to correct a bone defect of about five centimeters long, Alvarez noted.

“That was probably the most striking result we’ve had to date,” he said. Five centimeters is “quite large and reminiscent of what you might see in combat trauma.”

The company is slated to begin testing on humans in about 18 months and is waiting to receive Federal Drug Administration approval, he said.

The research will be especially helpful for spinal fusions, which focus on welding bone between vertebrae and reducing back pain, he noted. This would also be a sustainable product for the commercial market, he said.

“In the military during peacetime, this degeneration in the back is one of the main reasons for medical separation,” he said.

Additionally, Theradaptive is leveraging the work to modify proteins that could help with regenerating skin and blood vessels, he noted. The cartilage regeneration program is of high interest to the Defense Department because damaged joints can lead to osteoporosis later in life, which is a problem often dealt with by the Department of Veterans Affairs, he said. The effort is being supported through the Small Business Innovation Research program.