JUST IN: Pressure Will Mount on Army Futures Command to Produce Results 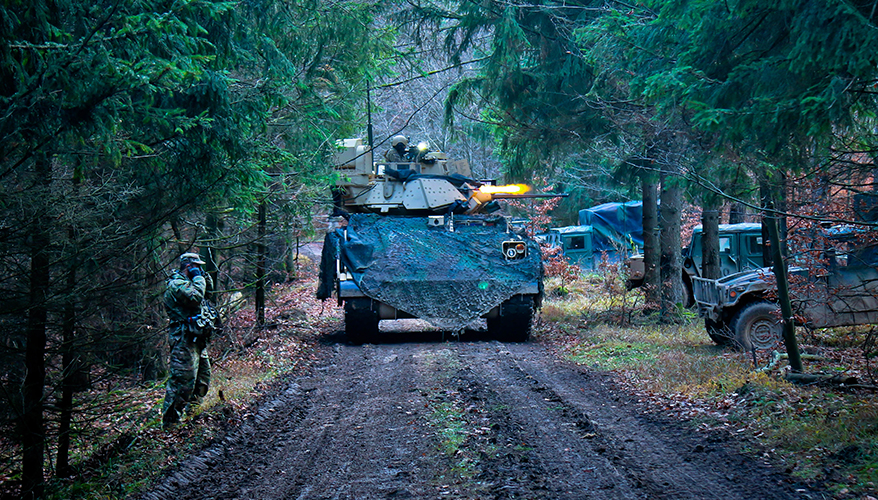 AUSTIN, Texas — Army Futures Command still has the support of Congress, but the good will it is currently enjoying may evaporate if it doesn’t start completing some major programs in the next few years, panelists at an industry conference held near its headquarters said March 4.

Blake Souter, military legislative assistant to Sen. Tammy Baldwin, D-Wis., said enthusiasm for Futures Command was high among lawmakers when the Army first proposed setting up the new organization, and that is still the case. But “year two, three, four, they are going to want to see some tangible outcomes from this,” he said at the National Defense Industrial Association’s Tactical Wheeled Vehicles Conference.

The Army established Futures Command in 2018 and about a year later, it reached full operational capability with its headquarters located in Austin, Texas. Its focus is modernization and speeding up the acquisition of platforms and technology centered on six priorities: Long-range precision fires, next generation combat vehicle, future vertical lift, the network, air and missile defense and soldier lethality. It established cross-functional teams that focus on each of the categories.

The Army has a checkered past when it comes to developing big ticket weapon systems. The Comanche helicopter and Future Combat Systems programs ended in cancellations with little to show for the billions of dollars spent. There were also multiple attempts to field a new armed scout helicopter and a new combat vehicle over the past 15 years. The joint light tactical vehicle is one of the Army’s few notable successes over the past decade.

Thomas “TJ” Stapleton, president of Stapleton & Associates, noted that since Futures Command was established, the optionally manned fighting vehicle — a replacement for the Bradley — was canceled.

“The optionally manned fighting vehicle thing happened. It is what it is, but I don’t think you would say it is a good thing,” Stapleton said.

There will be pressure on the new command to deliver, he said.

Lawmakers on the Hill like the approach the command is taking, particularly on soldier-centered design, which seeks troops’ input on new technologies, Souter said. Stapleton said the command was still getting its “sea legs.”

Yet the Army in order to fund its modernization priorities held a “night court” process where leaders have cut the budgets or eliminated lower priority programs, some of them directly affecting lawmakers’ districts, Souter noted.

“The other tangible thing [lawmakers] have felt is the association with the night court. ... Most, if not everybody, took a cut on that,” Souter said. The Army has to show that it was worth it, he said. “Here is why program X that is important to your state took a cut.”

Stapleton mentioned Army aviation as a category where big decisions will be made with future implications. The Army is pursuing new helicopters.

“I think they have got to get there because bigger [budget] fights are coming down the road,” Stapleton said.

Jeffrey White, principal deputy assistant secretary of the Army for acquisition, logistics and technology, said in a speech prior to Souter’s comments, that the service’s mindset and culture on acquisitions has to change.

“If you don’t deliver the goods to the soldier at the end of the day you're not really producing anything of value to the Army,” White said.