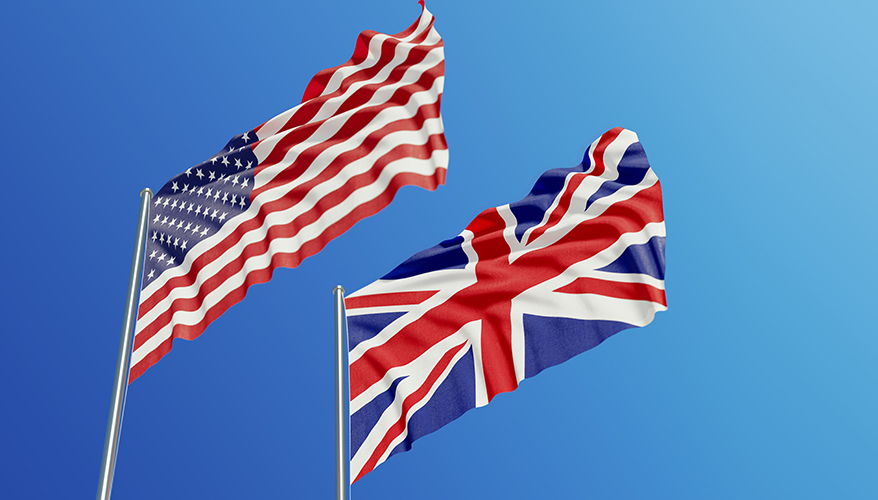 Britain’s separation from the European Union on Jan. 1, 2021 will have rippling effects on the U.S. defense industrial base. If Congress acts now, it can solidify defense trade and security cooperation with the United Kingdom, garnering significant gains for U.S. defense manufacturing.

Brexit presents an opportunity for the United States to improve integration of the national technology industrial base, making defense trade less burdensome for allies, expanding coproduction to increase joint military preparedness and ensuring access to critical defense technologies and materials from trusted nations.

Since the end of World War II, the United States has remained the dominant leader in defense technology. But in recent years its lead has considerably diminished, as is illustrated by the National Defense Industrial Association’s recently released assessment of the defense industrial base, “Vital Signs 2020.” U.S. technology acquisition processes have grown cumbersome, which has allowed other nations to narrow the gap.

The problem in part lies with too-strict defense trade controls. A similar report published in April 2019 by the Atlantic Council — “Leveraging the National Technology Industrial Base to Address Great-Power Competition — critiqued the current defense trade controls regime, stating that “the current technology-control process is now counterproductive to meeting national security needs, and requires a massive overhaul.” The large costs that partners incur to simply navigate U.S. regulations and remain compliant prevents the nation from importing defense technologies important for sustaining its global leadership.

Brexit offers an opportunity to pilot new reforms of U.S. technology control processes with a trusted ally and trading partner. Brexit has cast the U.K.’s defense cooperation and trade with the European Union into an uncertain transition. British defense companies could seek out more trade with the United States, but burdensome trade controls make the cost of doing business prohibitive.

Although the United Kingdom’s membership in the industrial base means its companies should already benefit from fewer regulatory restrictions on defense trade, they still face compliance with the International Traffic in Arms Regulations, the outdated heart of the U.S. defense trade controls system.

Brexit means the United States has a new incentive to reform the regulations. Reforming them will enable British companies to use the national technology industrial base to forge close defense technology trade relationships with the United States. Moreover, as the Atlantic Council argues, “The NTIB allows for the opportunity to get those changes right by testing policy alternatives within a trusted community.” Changing the outdated ITAR to improve technology trade with a close ally would support the military’s modernization and innovation efforts.

Another advantage of streamlining defense trade controls would be an increase in coproduction arrangements. Coproduction provides the manufacturer with end-use control measures, meaning the United States can dictate how the products are utilized.

BAE Systems’ recent proposal to buy two major U.S. defense telecommunications businesses brings more reason to explore this partner possibility. The U.K.-based company justified the acquisitions in a statement by highlighting the compatibility with U.S. national security objectives. “[B]oth businesses are highly complementary to our U.S.-based electronic systems business [and] have strong growth outlooks driven by close alignment with the priorities outlined in the U.S. National Defense Strategy, Congressional mandates to upgrade existing capabilities and a presence on a substantial installed base of products and platforms in the U.S. and with allied nations.”

As an added benefit, coproducing with companies from nations who allocate budget authority more than a year at a time reinforces budget stability for partner U.S. defense companies.

The United Kingdom’s recent decision to permit telecommunications systems operators to use Huawei equipment in the creation of their 5G network could complicate this opportunity for closer integration. However, the U.K. government has also taken steps to toughen restrictions on high-risk vendors like Huawei, restricting them to comprising no more than 35 percent of the U.K.’s 5G networking equipment and only in non-sensitive segments of the U.K.’s network.

The U.K.’s Department of Digital, Culture, Media & Sport has also issued guidance for U.K. telecommunications systems operators to “put in place additional safeguards and exclude high-risk vendors from parts of the telecoms network that are critical to security.” Streamlined defense trade rules will ease the ability of defense companies to work jointly to create a secure competitor to Huawei.

With Great Britain’s transition period ending on Dec. 31 — a short 10 months away — the United States should start its defense trade reform efforts now. The United Kingdom faces trade negotiations with many international partners in the coming years, including the United States.

Addressing ITAR reforms sooner rather than later will ensure a well-functioning technology industrial base can serve as a shield for the defense industry while more comprehensive and contentious trade negotiations play out in the future. The consequences of delay could result in increased costs, increased risk of trade suspension for the defense industry and limitations on interoperability that could hinder our warfighters.

Brexit will undoubtedly create challenges for the United States. But in this change lies an opportunity. Investing in the national technology industrial base by streamlining defense trade with the United Kingdom will mitigate the long-term demand uncertainty that U.S. defense companies will face post-Brexit.

A stronger base can also help disentangle the export compliance process for other close allies. If there ever was a time for the U.S. to reconfigure its technology acquisition process to accommodate its current global position in the 21st century – it’s now.

Kat Lee is a junior policy fellow at NDIA.