Army Research May Lead to New Class of Materials 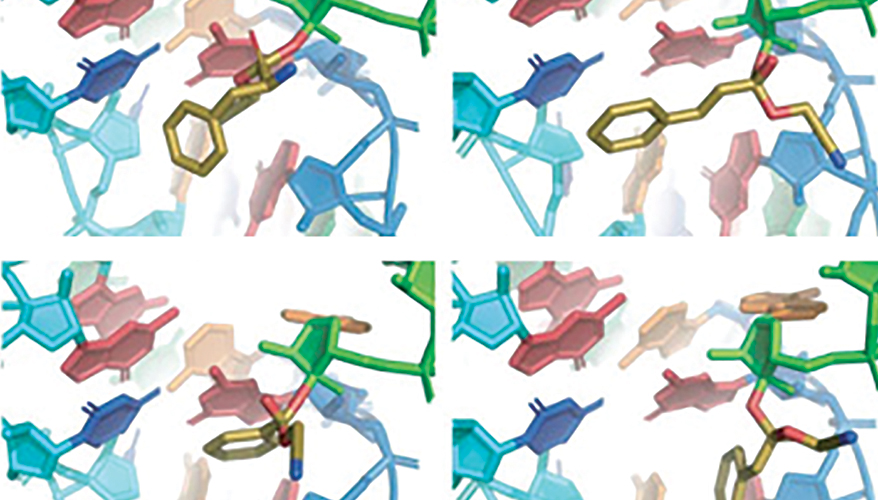 Biologists working for the Army have developed a process that could lead to a class of synthetic polymers that may be used to create new materials such as therapeutics for soldiers.

Research conducted through a project funded by the Army at Northwestern University was recently published outlining a set of design rules that could enable the development of advanced protective gear for warfighters.

Biological polymers — such as DNA — have precise building block sequences that have multiple functions. A polymer’s mechanical stability is dependent upon how its building blocks are arranged, said Dawanne Poree, program manager for the Army’s polymer chemistry program.

“We don’t have that type of fidelity on the synthetic chemistry side,” Poree said.

The project, which started in July 2016, explored how to re-engineer biological polymers to work with non-biological building blocks in order to create a route to synthetic polymers.

“There were some advances being made in synthetic biology where you could actually make … synthetic ribosomes,” Poree said. “Our question became: Is it possible to re-engineer the ribosome to allow it to use building blocks other than nature’s building blocks?”

A much larger library of building blocks exists on the synthetic chemistry side, but the ability to control it well with biological polymers doesn’t exist, she said.

“Is there a possibility for merging the two worlds?” she wondered.

Stephanie McElhinny, co-program manager for the initiative, described the ribosome as a “polymer synthesis machine” that creates polymers in a specific order. Through the program, researchers are attempting to use that ribosome machine to make different polymers.

“We’re trying to use synthetic biology to change this machine in a way that allows it to churn out polymers that we’re interested in from the Army’s perspective, not the regular biological polymers that it naturally makes,” McElhinny said.

Although the scientists have made strides in their research that could eventually lead to a new class of therapeutics for soldiers, the specific outcomes of the research are still unclear, Poree said.

“This is very far off research,” she said. “Where we see it going specifically, we don’t know. What’s very interesting about this class of material, … if we’re able to control the structure of the material, then essentially what that allows is for us to be able to make materials that have whatever properties that we want.”

The research is part of the Defense Department’s Multidisciplinary University Research Initiative program, which is supported by the Army Research Office.