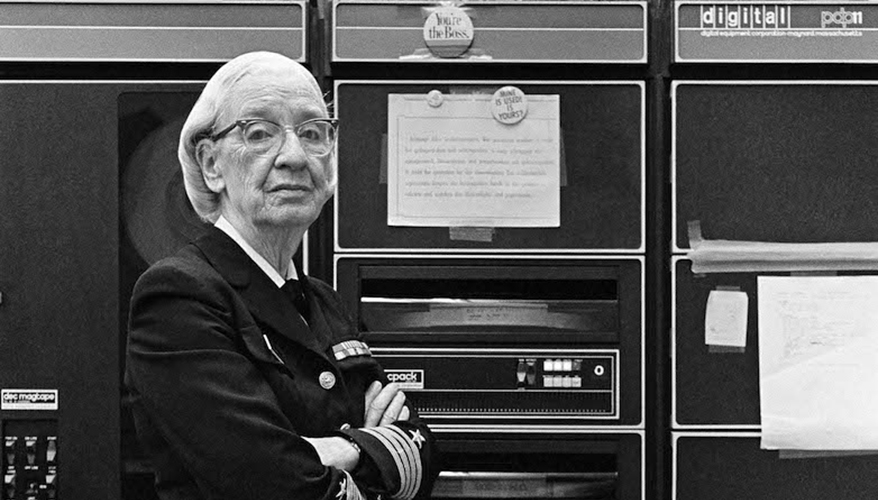 An internal Hewlett Packard study found men will apply for a job or promotion if they meet approximately 60 percent of the qualifications, but women apply only if they meet 100 percent. Reading the results, I wondered whether the survey provided a partial explanation for why men continue to outnumber women at senior levels in the Defense Department and within the industry.

I decided to highlight the study during Women In Defense events, hoping to encourage women to apply for more senior positions, if only to avoid working for a less-qualified man. However, while discussing the study with a senior human resources executive at Raytheon, he told me highlighting the study was “necessary but insufficient.” Raytheon has learned in addition to encouragement, women need to see an example of another woman who has succeeded in the position or a very similar role. Women need pathfinders.

I don’t know if it’s possible to develop pathfinders. Pathfinders not only make the way for others, they also make themselves. Of course, they can be encouraged and nurtured but pathfinders require innate potential in order to ultimately serve as game-changing role models. While there are likely many characteristics common to pathfinders, I believe the characteristics must include perseverance, self-confidence and creativity. The amazing career of retired Navy Rear Adm. Grace Hopper demonstrates how those characteristics enabled her trailblazing Navy success. And her success continues to inspire generations of women to choose computer science and military service as their vocations.

Hopper required perseverance simply to serve in the Navy. Her great-grandfather, a Navy admiral, fought in the Battle of Mobile Bay during the Civil War. So, it was not surprising when in 1940 Hopper attempted to enlist. However, the Navy rejected her due to her age, thin build and her valuable research as a mathematics professor at Vassar. Hopper refused to give up.

Three years later, in 1943, she took a leave of absence from Vassar and joined the Navy Reserves, despite needing a waiver for low weight. She graduated first in her Naval Reserve Midshipmen’s class and the Navy assigned her to the Bureau of Ships Computation Project at Harvard. Despite excellent, impactful work on the Mark I computer program, the Navy turned down her request to transfer to the regular Navy at the end of the war due to her age. Again, Hopper refused to accept the rejection, turning down a full professorship at Vassar to remain in the Navy Reserve at Harvard working as a research fellow on a Navy contract.

In 1949, Hopper displayed the creativity that characterized the rest of her career. While working on the first general purpose digital computer, UNIVAC I, she recommended developing a new programming language using only English words. Her coworkers and supervisors said her idea would not work because computers did not understand English.

In 1952, her team at Remington Rand developed the first compiler to translate math equations into machine code. This began the process that ultimately resulted in the development of Common Business Oriented Language, better known as COBOL, the primary business-centric computer language of the 1960s and 1970s.

Later, from 1967 to 1977, she served as the director of the Navy programming languages group in the Navy’s office of information systems planning. In this position, Hopper led and inspired the team that developed validation software for COBOL and its compiler, creating and implementing the Navy’s first programming standardization program.

When her team faced challenges, she would tell them it was always better to request forgiveness than ask permission, giving them the confidence to persist despite limited resources and institutional doubt. Her team’s conformance to their standards incentivized major computer companies in ways that drove convergence of their programming languages. In the 1980s, the National Bureau of Standards, currently the National Institute of Standards and Technology, took responsibility for developing and testing programming standards.

Additionally, in the 1970s, Hopper championed the Defense Department’s move from mainframes to networks, highlighting the efficiency and effectiveness of small, distributed computers accessing common databases. Her vision defined computer usage across the services for decades and built the foundation for today’s cloud computing architectures.

When she finally retired in 1986, she held the rank of rear admiral, serving as one of the Navy’s first female flag officers.

Hopper exemplifies a pathfinder. Her perseverance, self-confidence and creativity shaped a career that continues to inspire young women, through stories and events that highlight her strategic impact and urge women to follow in her footsteps. As we embark on Women’s History Month, I urge all of us to encourage and nurture women who have the potential to serve as pathfinders, because their contributions to U.S. national security, like Hopper’s, provide distinct competitive advantage to American warfighters.