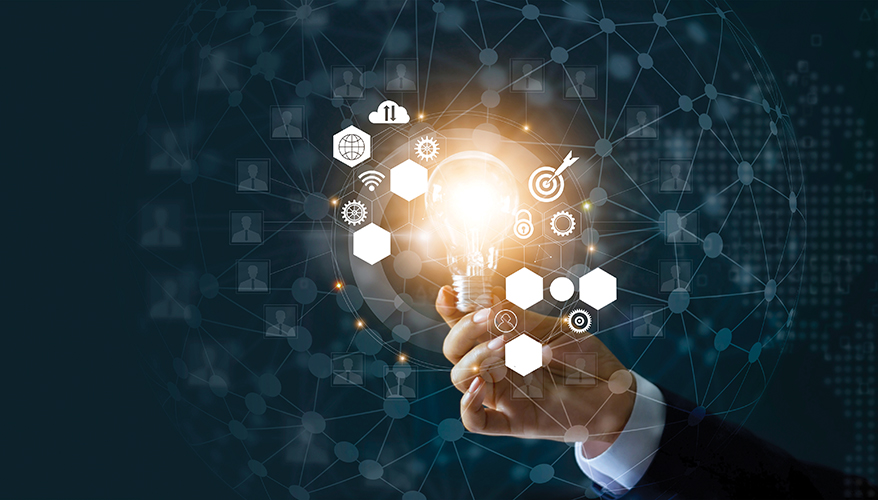 SIMI VALLEY, Calif. — Armed with new contracting authorities and a mandate to help the U.S. military stay head of peer competitors, the Pentagon’s Defense Innovation Unit is bringing new commercial partners into the fold and expanding its technological focus.

DIU was launched in 2015 by then-Secretary of Defense Ash Carter to bridge the gap between the military and the nation’s tech hubs. It is headquartered in Mountain View, California, in Silicon Valley, with additional outposts in Austin, Texas, Boston and the Pentagon.

“More and more of what the department needs going into the future is dual-use technology, which means it’s equally or more important in the commercial space as it is for the military. So we’ve got to leverage what’s going on with the tremendous innovation hubs that we have around the country and make sure those companies … are thinking about the Department of Defense,” DIU Director Michael Brown said during a panel at the Reagan National Defense Forum in Simi Valley, California.

The organization has three core mission sets: accelerate commercial technology to the warfighter; boost the military’s capability and capacity by taking on transformative projects that can be scaled across platforms and across the services; and grow the national security innovation base.

Its offices in Austin, Boston and Silicon Valley are focused primarily on commercial outreach, while the one in Washington, D.C., engages with military partners such as service acquisition executives.

“We start with the DoD customer with a DoD problem,” Mike Madsen, DIU’s director of strategic engagement, explained in an interview. “Then we put that out to the tech sector and get the imaginative minds in the tech sector to help solve our problems.”

Over the past year or so, DIU’s hand has been strengthened by a number of initiatives, he noted.

A crucial one was Undersecretary of Defense for Acquisition and Sustainment Ellen Lord’s decision to give the organization new contracting authorities, including the ability to directly enter into other transaction authority agreements that are intended to cut through bureaucratic red tape associated with the Pentagon’s traditional acquisition procedures.

“She delegated that authority so that we could award our own OTA contracts, which is a pretty big deal to continue moving fast,” Madsen said.

OTA mechanisms favor nontraditional suppliers, he noted, “whether it’s a couple of folks in a garage in Minnesota or whether it’s a Fortune 100 company in Silicon Valley that just have never done business before with the department.”

The Defense Innovation Unit has awarded about 150 contracts to 122 nontraditional vendors. Of those, 66 are first-time suppliers to the military, Madsen said.

In the past, high-tech companies in the commercial sector “evaluated the $740 billion defense market and said, ‘No thanks. I don’t want a slice of that. … It’s too complex, it’s too hard,’” he said. “What we’ve represented is a lowering of those barriers to entry, making it easier for those leading-edge technology companies to get their technology to the men and women in uniform.”

“We want to move at commercial speeds … and look like a commercial entity to those tech companies” that are wary of doing business with government agencies, he noted.

“Then we put that problem [statement] out to the commercial sector and work with them for proposals and look to award a prototype contract as quickly as we can,” Madsen said. The goal is to award a contract within 60 to 90 days, and then move through the prototyping phase and field new capabilities within 24 months.

Once a successful prototype is developed, DIU’s defense engagement team looks for ways to scale it across the department. An example is a recent effort to use artificial intelligence for predictive maintenance.

An AI prototype developed by a company called C3.ai is capable of reducing unscheduled maintenance for the Air Force by about 30 percent, “which is pretty significant for our mission-capable rates for aircraft,” Madsen said.

“We took that successful prototype to the Army and said, ‘Hey, this works on aircraft, what do you think about trying to prototype on wheeled vehicles?’” Madsen explained.

“We worked a prototype for the Bradley fighting vehicle. Now we’re engaged with the Navy to apply the same concept to not only the aircraft in the Navy, but also shipbuilding.”

The commercial engagement team’s charter, meanwhile, is to pave the way for high-tech firms to enter the defense ecosystem and transition their products into a program of record.

It also reaches out to venture capitalists to gain greater visibility into the marketplace.

“They’re effectively the gateway to hundreds, if not thousands, of companies,” Tom Foldesi, DIU’s director of commercial engagement, told National Defense. “For any particular solicitation when we’re looking for specific technologies, they are … able to point us in the right direction.

“The VCs are always a really valuable source because oftentimes they have line of sight to companies that we might not even know about. They might be in stealth mode, they might not have announced their [funding] rounds. So we can gain a lot of insight into what might be going on in the market that might not be public.”

Being co-located in the tech hubs offers advantages. DIU also has its eye on other tech centers such as Seattle and Pittsburgh, Foldesi noted. The organization has received proposals from companies based in 44 states.

“We cast a very wide net across the country,” he said.

DIU is uniquely capable of reaching out to the commercial sector and venture capitalists on short notice, putting firms on contract and helping to scale solutions across the Defense Department, officials say.

“This is very important because most of the companies are [otherwise] pulled into a labyrinthine system within the Pentagon, and it’s really demotivating,” Foldesi said.

The often-cumbersome nature of the traditional defense acquisition system is one of the reasons why a lot of companies have opted not to do business with the U.S. military. But

DIU posts it solicitations directly on its website, with the aim of moving fast on all of its projects.

“There’s money on the table,” Foldesi said. “Someone will be awarded a contract within a few short weeks or months. And then there’s the opportunity to transition that prototype contract to a program of record.”

Over the past year, DIU has improved its decision-making process for taking on new projects, Madsen noted.

“We’ve really focused on building out that concept of transition much earlier in the process so we know what that transition from prototype to production to fielding that technology to the men and women in uniform really looks like before we’re even down the prototyping path,” he said.

“Part of the benefit of working with DIU is you have a trusted advisor and partner being able to help you manage through those … potential challenges, which can be quite significant for a company that isn’t used to doing business with the DoD,” Foldesi said.

Meanwhile, the U.S. military is trying to stay ahead of advanced adversaries such as China and Russia.

“In this great era of great competition, we think the tech race is the most important one,” Madsen said.

“Those are the areas that we see undergoing the greatest rate of change in the commercial sector. We think they also best represent the defense mission set,” Madsen said. “But we’re not just sitting back static on those.”

DIU is now broadening its aperture and eyeing other capabilities.

Foldesi and his team are talking to venture capitalists to get a better sense of the business sectors with emerging technology that might be of interest to the military.

“We’re looking at things like power and energy right now,” including lighter and longer-lasting batteries with faster recharge, Madsen said. Advanced materials, additive manufacturing, communications technology such as 5G, and virtual reality and augmented reality capabilities are other areas of interest.

Another new initiative being pursued by DIU is known as National Security Innovation Capital, or NSIC.

About 92 percent of U.S. venture capital funding currently goes toward software, resulting in an underinvestment in dual-use hardware. As a result, early-stage hardware development companies are in such need of capital that they might turn to foreign investors that will exert influence over their intellectual property, Madsen warned.

“The concern … from our perspective is once that happens, now that technology is probably unavailable to the department,” he said.

A key objective of NSIC is to pump money into critical hardware ventures so that they don’t have to look overseas for funding and endanger the supply chain.

DIU is also overseeing the National Security Innovation Network, or NSIN, which includes universities that aid the Defense Department. The network is growing and developing relationships with nontraditional partners in academia that are not typically involved in generating technology for the military, Madsen noted.

Pentagon efforts to engage with the commercial tech sector have not always gone smoothly. For example, in 2018 Google pulled out of Project Maven — an Air Force machine learning initiative focused on sifting through drone imagery — after employees protested the company’s involvement in aiding warfighting.

However, that case is not representative of the commercial tech sector writ large, DIU officials say.

“In fact, we see the opposite,” Foldesi said.

Madsen noted that a recent solicitation for AI technology generated responses from 50 companies. “To me, that indicates that folks definitely want to work with us.”

Foldesi said overcoming wariness of the Pentagon procurement process is the greater challenge.

“This is why our mission is so critical,” he said. “If we’re successfully able to demystify and de-risk doing business with the Pentagon, people will have perceived us having opened up arguably the single biggest [potential] customer” for some of these new technologies.

As DIU reduces some of the barriers to entry into the defense market, venture capitalists are taking notice, he said.

“You’re seeing a lot more of the top VC firms in the world start to put a little bit more money into defense[-related] startups,” he said. “This is just the start of a trend that we expect to accelerate as it becomes smoother and easier to field your technology within the Pentagon.”

The Defense Innovation Unit’s resources are growing. Its budget increased by about 60 percent between fiscal years 2019 and 2020, Madsen noted.
Brown said the organization has started 60 projects and completed 30, delivering about a dozen new capabilities to the military using cutting edge commercial technology. Total contract values exceed $500 million so far.

Companies doing business through DIU have, in turn, been able to raise more venture capital, he noted.

“For every dollar we provide in a prototype contract, on average, $10 of equity capital is raised,” he said. “We just need more volume in this to get the flywheel effect going.”

Algorithmic Warfare: AI — A Tool For Good and Bad