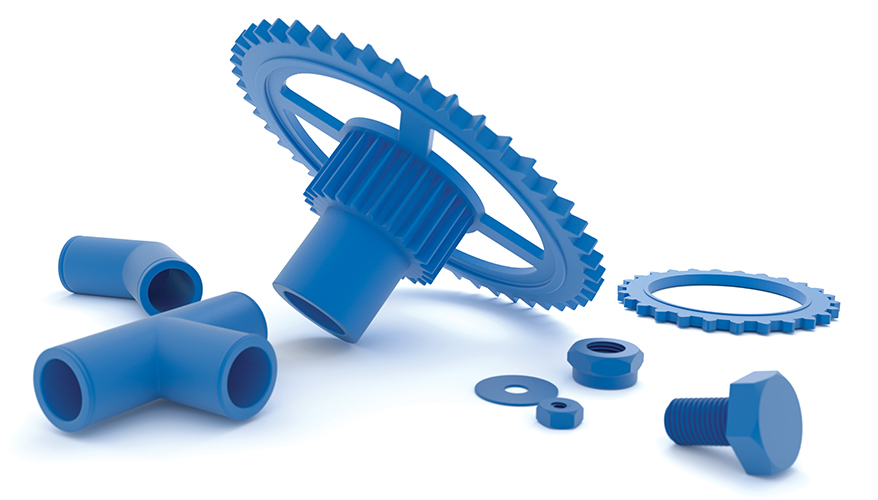 Additive manufacturing has come to the forefront of the Army’s attention as the service looks for ways to quickly reproduce parts without needing to continuously rely on industry.

In 2019, the service released a new policy directive that outlined its goals to expand its 3D printing processes and established an additive manufacturing center of excellence at Rock Island Arsenal, Illinois.

Maj. Gen. K. Todd Royar, commanding general of Army Aviation and Missile Command, said on the aviation side, he has been using the directive as a baseline for the command’s 3D printing efforts and then incorporating additional standards to ensure that it can meet Federal Aviation Administration regulations as well.

“It really helped us by having that [directive] because it gave us the groundwork and framework that we are now nested under,” he said during a media call with reporters in October during the Association of the United States Army’s annual meeting, which was held virtually this year due to the COVID-19 pandemic. “We continue to develop that policy and we’ll continue to do that in conjunction with our industry partners.”

Maj. Gen. Mitchell Kilgo, commanding general of Army Communications-Electronics Command, said CECOM has taken the directive into account by attempting to obtain technical data packages for its equipment earlier in the acquisition process so it can be prepared to 3D-print parts if called upon to do so.

Being able to do that upfront for command, control, computers, communications, cyber, intelligence, surveillance and reconnaissance, or C5ISR,  equipment would “help us to be able to run faster with the evaluation to actually get to the point where we can provision parts,” he noted.

Brig. Gen. Darren Werner, commanding general of Army Tank-automotive and Armaments Command, said the new additive manufacturing center of excellence at Rock Island now has 21 3D printers that are able to develop products made out of titanium, steel and aluminum.

“Our team here at TACOM — which provides oversight to the center of excellence — is partnered closely with the Army Futures Command … to rapidly integrate the capabilities that they’re looking for into our sustainment enterprise,” he said.

One of the Army’s largest additive manufacturing efforts includes reviewing weapons systems parts to see which ones could be recreated with 3D printing. For example, Aviation and Missile Command is working with Wichita State University and contractor Sikorsky on completely taking apart an entire UH-60 Black Hawk helicopter to examine its individual parts.

“We are currently disassembling it at Wichita State University,” Royar said. “They are scanning it, they’re making a 3D model of it from a [computer-aided design] file and putting it in a format that we can use.”

The aircraft is expected to break down into about 20,000 parts, he noted. The service expects to receive the CAD files from the university in coming months so it can begin its evaluation.

Every part “is not necessarily optimized for advanced or additive manufacturing. ... But there’s a process that we’ll go through” to examine that, he said. “Our intent is to literally go through all of our parts.”

Other Defense Department organizations are doing similar work with their technologies. Kilgo noted that Communications-Electronics Command and the Defense Logistics Agency are working their way through evaluating about 98,000 parts for various systems.

“The organizations have evaluated about 31 percent of those and identified 237 CECOM and 15 DLA parts that could be potential candidates for additive manufacturing,” he said.

Werner noted that Tank-automotive and Armaments Command has 48,000 items lined up for review. Outside of that, the command is looking at how to potentially use 3D printing for components that may no longer be in production, he noted. TACOM is assigning stock numbers to each item so a soldier can easily order that specific part and have it 3D printed.

“Then just like the other commands, we will have some that actually will make it all the way through the process, [while] others will not be viable candidates,” he said.

“We’ve been able to produce a significant amount of COVID test swabs and other material that we’ve provided back into our supply chains to support COVID response,” he said.

Col. Gavin Gardner, commander of Joint Munitions Command, said his group has already determined that it has 77 parts that are good candidates for 3D printing.

However, the service must take steps to ensure that parts made through additive manufacturing are reliable and safe.

Royar said that besides comparing the part with its original drawings, manufacturers must also take into account issues such as whether or not the metal has a coating and the type of alloy used. Additionally, products may not always print out uniformly when employing additive manufacturing on a large scale, he noted.

“It’s relatively easy once you have a 3D model to print something,” Royar said. “But to ensure that it meets the standards — the qualification standards — that’s hard.”

Printing parts at a larger scale will require more data protection as well, Kilgo noted. The service may have to take steps such as storing more critical data offline and establishing layered cyber defenses, he said. Each company that produces parts will need to make sure that the data rights are protected.

“It’s critical that we treat this data maybe more uniquely than some typical data,” he said. “Where I get concerned is where we have not prime, but second-, third-party tier vendors … producing parts, and that data [is] not necessarily being protected.”

One benefit of additive manufacturing is that it is expected to lower the price of producing more costly weapons parts, Werner said. More expensive products are expected to be prioritized so the service no longer needs to keep asking the original equipment manufacturers to develop them for the Army.

“We look at parts that are unnecessarily expensive because of competition,” he said. In some cases, the prices go up because they are in low demand, he noted.

Royar said 3D printing may have positive training implications as well. For example, a soldier could practice taking apart a 3D model of a weapon system prior to using the actual weapon system.

“They can review the procedure, make sure they have everything to do it [and] they get to practice it before they actually put hands on” it, he said.

3D printing is also expected to help the service receive repair parts faster than waiting for replacements to arrive from the manufacturer.

“We look at parts that potentially could be ... remanufactured or improved or repaired forward using our … mobile welding and shop set that has a five-axle cutter as well as a polymer printer inside the container that can be forward deployed,” Werner said. “We’re looking at methods … [where] we can integrate the repair of parts as well.”

Royar said the Army’s aviation community faces the problem of finding bidders for certain parts that do not have to be produced on a large scale because such efforts are not as profitable. After finding a company willing to make the product, it can be time consuming to go through the manufacturing process, he noted. 3D printing can be used to bypass that process for situations in which the Army may only need to manufacture a small number of parts.

“This is where I think additive and mass manufacturing are going to come into play,” he said. “If I have that 3D model, I already own the data rights. I have the means to qualify it. Then we can go get that whether it’s through the Army or we do it through commercial industry.”

One challenge the Army faces when implementing additive manufacturing processes is ensuring that there is some kind of common data standard for its files. By establishing a common standard, different commands within the service would be able to access each other’s information when needed, Royar said.

For aviation, officials are keeping track of which file formats are preferred in industry to try to ensure that all of their data is as common as possible. In some cases, the information in programs can be converted so that they are all in the same format, Royar noted.

For example, for the Army’s Future Vertical Lift modernization priority, the service reached out to industry to see which file format was preferred.