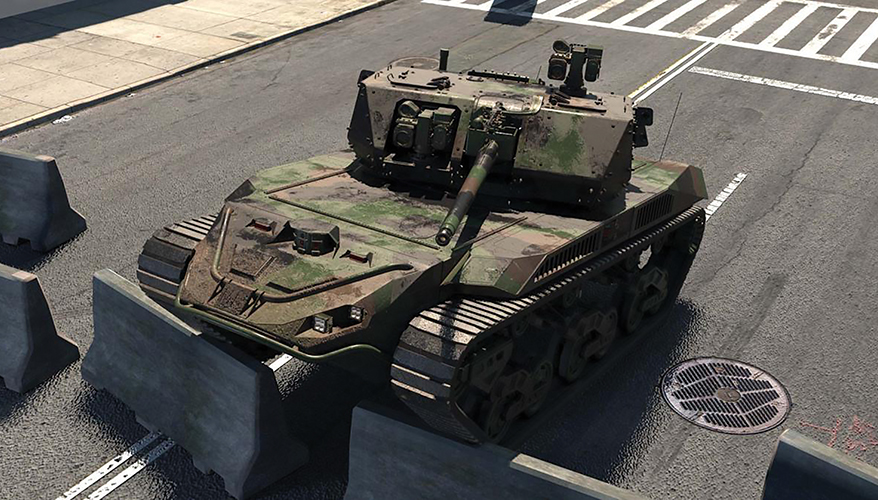 FLIR Systems is interested in partnering with another contractor for the Army’s Optionally Manned Fighting Vehicle program, according to executives.

“FLIR has a lot of technology that is applicable to OMFV,” said Tom Frost, vice president and general manager of unmanned ground systems and integrated solutions at the company. “We are certainly open to teaming on OMFV and providing that technology to various partners.”

FLIR is currently partnering with Textron Systems on the Army’s Robotic Combat Vehicle program in the medium-variant category.

“There are a lot of possibilities,” he said during a call with reporters in October. “There’s a lot of capability, and OMFV is a very exciting program.”

The company is seeing “a lot of pull” from a number of original equipment manufacturers and competitors for 360-degree situational awareness sensors, noted Troy Boonstra, vice president of product management for sensors.

The Army issued a request for proposals for the OMFV in 2019. It is intended to replace the M2 Bradley Infantry Fighting Vehicle. Some preliminary requirements for the capability include transportability in a C-17 aircraft, optionally manned and ability to be used in dense terrain.

However, earlier this year, the service canceled the first iteration of the OMFV program, and announced plans to restart the effort following an analysis of requirements. According to Army officials, a combination of requirements and schedule overwhelmed industry’s ability to respond within the Army’s timeline.

FLIR’s participation in the Robotic Combat Vehicle program could pay dividends when it comes to the Optionally Manned Fighting Vehicle initiative, Boostra suggested.

“As Textron moves forward in RCV-medium competition, and we start to show more and more of this capability … it becomes sort of a demonstration platform as well for future capability, and we’re certainly monitoring OMFV closely,” Boonstra said.

The Textron-FLIR team is putting forth its Ripsaw M5 for the RCV competition.

“It’s absolutely loaded with sensors of all kinds and … not only is it a robot, but it has robots inside of the robot,” Frost said. “With the sensors that it is equipped with, it can detect minute, new thermal signatures at great distance. It can actually see 360 degrees around the vehicle at all times.”