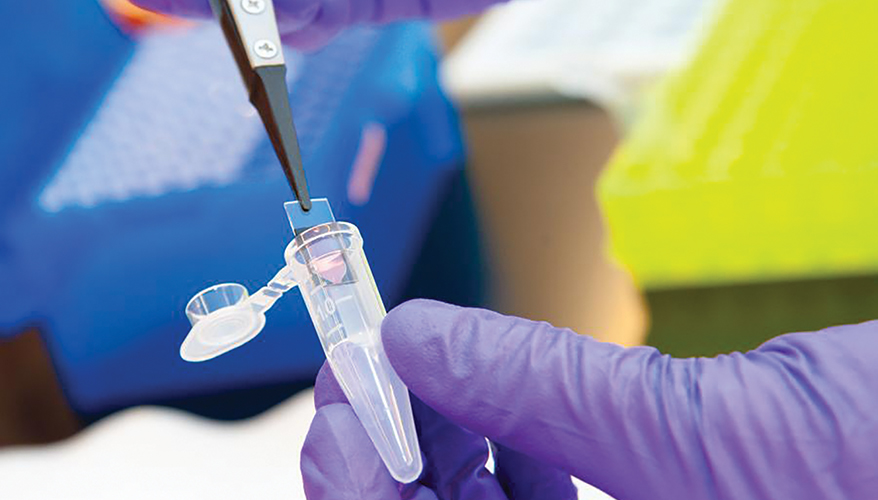 As technological advancements increase the spread of biologically engineered organisms throughout the world, the U.S. government is investing in a tool to identify modified organisms that could pose a threat to the public.

The Office of the Director of National Intelligence in July awarded Draper a $7.8 million contract to develop new detection systems to identify whether organisms have been engineered or developed naturally. The award comes from the office’s Intelligence Advanced Research Projects Activity, or IARPA.

The contract — which is part of IARPA’s Finding Engineering-Linked Indicators, or FELIX, program — calls for the Massachusetts-based company to continue development of its custom bioinformatics pipelines that contextualize DNA sequencing data, and miniaturized microarray hardware.

The microarray, which is smaller than a postage stamp, allows users to conduct multiple rounds of genetic tests on an organism. The tool can be used to detect biological threats, monitor the environment and inspect food, according to the company.

“What we’re able to do is to take really, very small amounts of samples and assess … whether something is genetically engineered or not,” said Kirsty McFarland, a Draper molecular microbiologist and principal investigator on the FELIX program.

The new contract follows an 18-month phase 1 contract with the office that consisted of the company proving out its ability to perform the basic principles around protocols and lab methods necessary for success, McFarland said.

“We went through two different periods of testing,” she said. “We have testing periods pretty frequently. We had two over the course of the 18 months where we were sent 100 samples and we had to assess those samples and give results back without knowing the answers.”

This latest award puts the company in the second phase of the effort, McFarland noted.

“In phase 2, we’re really refining the things that we’ve developed in the first phase,” she said. “We’re going into slightly more complicated things for assembly and understanding where DNA came from.”

The likelihood of genetically modified organisms being released into the environment has increased due to the use of mechanisms such as the clustered regularly interspaced short palindromic repeats, or CRISPR, which is a tool that can edit genomes and fast-track DNA modification processes, McFarland said.

Moving forward, the program is focused on honing the ability to easily discern whether an organism has been modified intentionally or whether it was done by nature, she said.

To accompany the microarray hardware and streamline the process of converting and reading data gathered from the system, the company also created two bioinformatics tools — a computational pipeline and a visual dashboard. These form a semi-automated method for feeding data into the lab. It can also provide information on whether an organism is suspected to be engineered or natural, McFarland said. ­