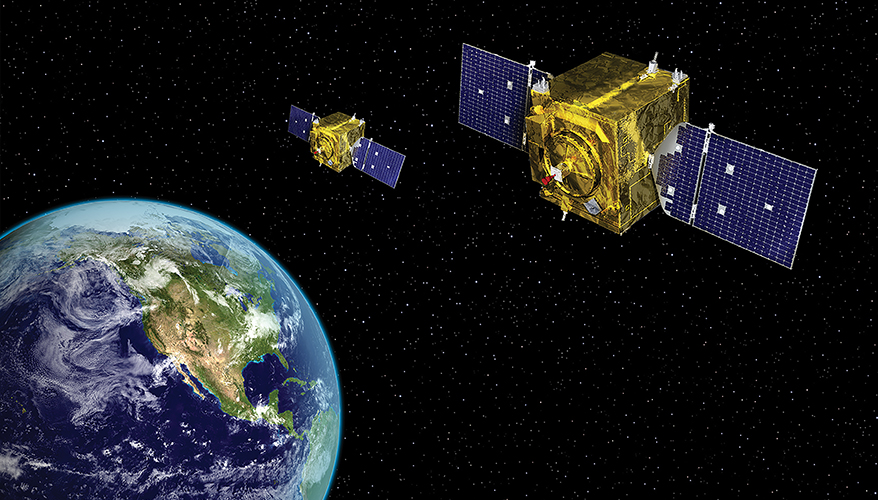 At the establishment of the Space Force on Dec. 20, Secretary of Defense Mark Esper stated, “Our military services have created the world’s best space capabilities. Now is the time for the U.S. Space Force to lead our nation in preparing for emerging threats in an evolving space environment. This new service will help ensure we are postured to deter aggression, defend our national interests and outpace potential adversaries.”

With that, after years of studies, debate, stalled legislation, and controversy, the Space Force became a reality. Establishment of the Space Force makes moot the arguments about the pros and cons of the new organization. However, the concerns voiced by advocates and critics alike about establishing a bureaucracy vice delivering advanced space capabilities and the ability to fight and win in space remain. Its establishment failed to address significant and legitimate concerns about organization and resourcing. In the enthusiasm for the potential benefits the sixth military branch brings to national security we cannot overlook these concerns; instead we must focus on them.

As a nation, we need to get the Space Force right from the start to fully realize the promise of having an organization whose leaders wake up every morning focused on space superiority and the integration of space warfighting capabilities into America’s global strategies. That will take hard work and glass breaking to assure this organization has two critical prerequisites for long-term success — an effective organizational construct and adequate resourcing.

Structurally, it needs to organize, train and equip to understand and achieve space warfighting readiness and force integration across domains while consolidating and integrating the currently fragmented space acquisition system that often delivers too late and too expensively.

Furthermore, it needs to leverage all available space resources including those resident within the Army, Navy, office of the secretary of defense, and portions of the National

Reconnaissance Office and National Security Agency. The Space Force will need to advocate for the additional resources above and beyond what the legacy Air Force space enterprise needed in order to increase space warfighting capabilities to extend and re-grow U.S. space advantages over any competitor nation.

The timing of Space Force establishment was driven by the need for America to retain a critical capability advantage it has enjoyed since the late 1980s. One of America’s key asymmetric advantages since the first Gulf War has been its ability to leverage dominant space capabilities — communications; intelligence, surveillance and reconnaissance; position, navigation and timing; and increasingly space situational awareness — giving the joint force and its air, ground and maritime components untold advantages over their adversaries. Competitor nations such as China and Russia recognized this advantage and its impact on conventional battlefields. Rather than accept American dominance in space, they choose to contest it beginning with decades of focused investing and resourcing.

As competitors sprinted to catch up, and despite an awareness of those efforts, in an attempt to prevent the weaponization of space political leaders expressly forbid the Defense Department and military professionals from discussing or doing serious advanced work on space as a warfighting domain. As rivals made huge investments to counter U.S. space advantages, the inability to act led to a closing of capability gaps while exposing U.S. space capabilities to increasing threats.

Now that the executive and legislative branches have provided the authorities necessary to develop and execute space warfighting strategies and plans, we need to ensure we build an effective structure to do so. Newly designated Chief of Space Operations, Air Force Gen. John W. “Jay” Raymond, stated, “With the establishment of the Space Force we elevate the organize, train and equip function consistent with the criticality of the space domain.”

Elevation, however, is a necessary but insufficient first step. We need to harness intellectual rigor across government to develop widely accepted Space Force warfighting readiness constructs/doctrine and use that to build staffing and operational structures to optimize readiness. Warfighting readiness means maturing and aligning doctrine, organization, training, materiel, leadership and education, personnel, facilities and policy, also known as DOTMLPF-P.

Despite operating in space since the 1950s, the concept of space as a contested and congested domain means each piece of DOTMLPF-P requires rethinking and innovative approaches. We must shift the concept of space as a benign environment from which the joint force receives services to one where adversaries target constellations and ground stations, thus requiring defensive concepts and capabilities to protect assets while simultaneously developing offensive capabilities to deny space to potential adversaries.

Critically, the new structure must integrate seamlessly with the joint force. According to Raymond, “The U.S. Space Force will deliver the capabilities U.S. Space Command needs to control and exploit space for national advantage.”

This vision requires integration across not just the geographic combatant commands but across the functional commands as well. As the joint force adopts emerging technologies such as hypersonics, it will increasingly apply force capabilities in, with, and through space. Developing space warriors who demonstrate a space warfighting mindset, and integrating the rest of the joint force so the force understands the ideas and concepts that will frame space warfighting is as high a priority as developing actual space capabilities.

Just as critically, the fragmented space acquisition system also requires integration. In fact, the dysfunction of that system with authorities spread out across the services, NRO, NSA, OSD and the Fourth Estate drives delays in delivering capabilities and leads to inefficiencies and failures. Nearly all studies into the future of national security space reform highlight this dysfunction, yet the newly established Space Force lacks the authorities necessary to address this shortfall.

The current construct continues to provide acquisition authority to the new Space Development Agency under the control of the undersecretary of defense for research and engineering and a space acquisition council that, under current organizational concepts, does not even include the commander of the Space and Missile Center — the lead space capabilities acquisition organization.

Equally troubling, establishment of the Space Force requires the Department of the Air Force to bifurcate its senior acquisition executive position into one focused on space acquisitions and one focused on remaining Air Force capabilities. Congress and the executive branch need to provide additional resources to the Space Force and the Air Force to include adequate personnel, civilian and military, to effectively lead air and space acquisition processes that will necessarily have different focuses and different measures of effectiveness.

Finally, maximizing America’s industrial innovation requires rapidly identifying where, when, and how industry plugs into and partners with the space acquisition process.

Timely, adequate resourcing — both manpower and funding — will ultimately determine the success of the U.S. Space Force. There is no effective cheap Space Force, and cost concerns have always been a significant barrier to establishing this new organization.

As critics note, under-resourcing the Space Force will actually lead to a step backward for space capabilities because resources previously dedicated to capability development and fielding will be absorbed by the necessary bureaucracy required of a stand-alone service.

Unfortunately, early evidence indicates the validity of critics’ concerns. Congress halved the Department of the Air Force’s initial funding request for Space Force establishment, and the budgets of the Departments of the Navy and Army showed no discernable topline or personnel transfers to the new organization. When asked about when those transfers would happen and at what level, senior Air Force leaders have only responded by noting that it is a good question.

For industry to effectively invest in and deliver the innovative tools and capabilities space warfighters need to achieve space superiority, these resourcing questions require the right answers.

The fiscal year 2021 budget must signal to industry if America plans to realize the promise of the new Space Force. At a time when the Defense Department seeks nontraditional, innovative individuals and companies to participate in the defense industrial base, the Space Force can help attract talent and ideas. An entire generation of young entrepreneurs and engineers grew up on science fiction concepts of space warfighting, and now they have the chance to turn fiction into reality.

On the defensive side, in space we built a glass house before the invention of the rock, so we can challenge innovators and entrepreneurs to develop defensive concepts and capabilities to ensure resilience and responsiveness to attacks from a spectrum of threats including lasers, direct ascent anti-satellite missiles and on-orbit systems. Innovators and entrepreneurs also have the opportunity to develop the space situational awareness and offensive capabilities necessary to deny space capability to adversaries. Failure to provide timely, adequate resource support will mean the Space Force, and the nation will squander an amazing opportunity to harness American engineering and entrepreneurial energy.

One attribute the space warfighting domain brings to strategy, operations and tactics is the compression of time. If and when conflict happens in space, it will happen quickly, without any opportunity for a nation to “prepare” or “build up.” Thus, the nation cannot afford to squander this opportunity to structure and resource its new service to ensure a competitive advantage. Supporters must resist the urge to do a victory lap and critics must offer constructive advice and recommendations as we work together to guarantee success of the newest service.

U.S. adversaries continue to invest heavily in their offensive and defensive space capabilities, as well as enabling space technologies. Failure to rapidly provide the people and budgets to create the doctrine and acquisition processes to optimize warfighting in space will limit American options and freedom of maneuver, ultimately putting U.S. warfighters and strategic objectives at risk during future conflict. We need to do this with adequate resources and with open minds.

Re: Unanswered Questions, Concerns Remain About the New Space Force

I suspect Boeing and Space X know more about "SPACE" than the entire US military. No offense. I might advance the idea of private investment into the "defense" of our interests. The military can provide logistics, location and bodies. Authoritarian well funded structures throughout the ages can get things done. Political organizations are corrupt and only seek self interest.

HIG at 12:38 PM
Re: Unanswered Questions, Concerns Remain About the New Space Force

"No Air Force has ever held ground."---the late General Calvin Waller. "No Space Force has ever held ground (yet)." So true...unless you have SpaceMarines of the future. But in order to get to the SpaceMarines part, Space Force has to be secure and hardened to survive any attack of the future. Has Space Force ever conquered ground? Can one win a war from space, let alone the Air Force? Gen. Walller said, "No, it can't." What part of the Pentagon military is underground and hardened to survive Doomsday? Is it the UFOs, the Black Ops programs, the SOFs, the NCA, the Top Brass, the aliens, the NBC, nuclear missiles, robotics, AI, supercomputers, SKYNET and Terminators, Giant Robot, Godzilla, Pacific Rim robots, insurgents, the what? What is to survive to lead the military into the future when adversaries are digging tunnels and hiding Weapons of Mass Destruction underground? If Space Force is to survive to create a Federation of "Star Trek" proportions, then what does it take to do so? THAT is the question that the Pentagon and Sec. of Defense need to answer and address.

P at 7:24 PM
Re: Unanswered Questions, Concerns Remain About the New Space Force

Ok so I guess this space force thing is real. Now according to governing.com “ Total active duty personnel for the five armed service were approximately 472,000 for the Army, 319,000 for the Navy, 319,000 for the Air Force, 184,000 for the Marine Corps and 41,000 for the Coast Guard.“ So seriously how many people will the newest branch of the armed forces be employing? I mean even if it’s the same as the coast guard is there really enough going on in space to employ 50,000 people? I don’t see how. Who would we be fighting? No one else on this planet has a space force to battle with so why wpuld 50,000 people be potentially recruited to the US ARMED; remember the ARMED Forces? Does it take thousands of people to track comets?