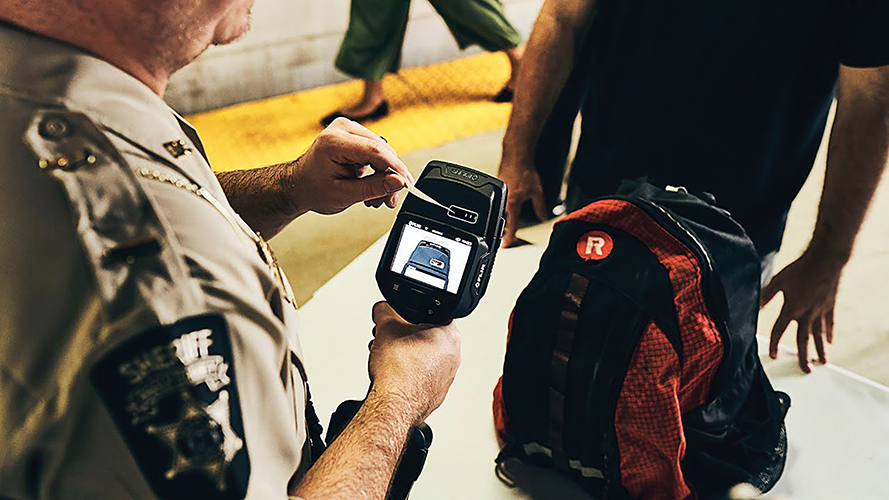 The Fido X4 is capable of tracing military, commercial, improvised and homemade explosives by scanning a nanogram or sub-nanogram amount of a substance. The detector — which is an upgraded iteration of the Fido X3 — can analyze explosives in as little as 10 seconds, said Dennis Barket, vice president and general manager for FLIR Detection.

“We’re also bringing along all the goodness that we think our customers see with the Fido X3 — portability, very sensitive and selective protection for explosives, particularly trace explosives,” he said in an interview.

The company enhanced its true trace detection technology with five new modes to improve sensitivity of the sensor array.

The user interface on the system has also been updated to feature on-board video tutorials and color-coded alarms. The company also added hot swappable batteries and an extended battery life.

“The graphic user interface has been updated,” he said. “We’ve added a lot of training features that are actually on the handheld kit, so that you don’t need to get refreshed and retrain from somebody else — you can look right on your device.”

The system weighs 3 pounds and is designed for operations of up to 16 hours with two 8-hour, hot-swappable batteries, according to the company.

“Anytime that there’s a security [or] force protection application, this is really the type of equipment that can help users see if there are residues for explosives and help with general safety issues,” Barket said.

Older iterations of the system have been used by the Army and Marine Corps at checkpoints in warzones, he said.

“We’ve also had the systems deployed at bases for checkpoints,” Barket said. “We think that the X4 will go right into that same user set and then hopefully be able to expand into a broader use in DoD and elsewhere.”

The FIDO X4 is interoperable with the company’s PackBot unmanned ground vehicle which is primarily used for explosive ordnance and bomb disposal. The FLIR PackBot hardware integration kit allows the system to synch to the vehicle. FLIR acquired Endeavor Robotics, the maker of the PackBot, in 2019.