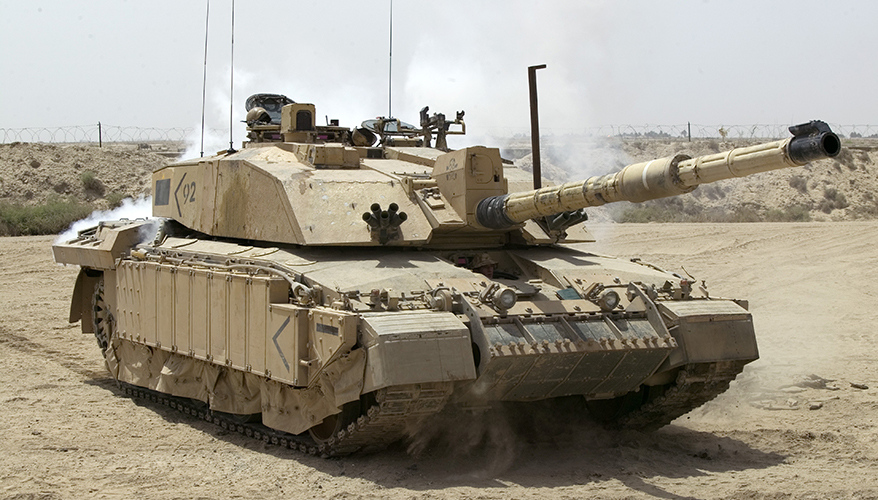 LONDON — The British army is upgrading its equipment throughout its inventory, said the deputy chief of the general staff Sept. 9.

“These will field capabilities with world-beating firepower, protection and mobility,” he said.

Additionally, as the army looks to the future, it is introducing new platforms including the armored fighting vehicles Boxer and Ajax.

These “will provide us with the speed and mobility to realize the strike concept,” he said. “The improved situational awareness of these capabilities will … [give us] the ability to maneuver and operate dispersed before quickly massing” for an attack.

The service is also working through a research and experimentation program to look for ways to employ artificial intelligence and autonomy, Tickell said. “This will inform our thinking about how the effects delivered currently by tanks and infantry will be delivered in the mid-2030s and beyond,” he said. “I'm very keen to bring as much of that technology into play early.”

Much attention of late has been focused on next-generation aircraft. But moving forward, the land domain — where populations live — will be the most critical of the conventional warfighting domains, he said.

"It is on land that if we are to win, we must be decisive,” Tickell said. “This ultimately can only be achieved through the deployment of a well-resourced, trained, equipped and effective army."

The U.K. military intends to implement a transformative “people model” that will deliver a motivated, capable and resourceful force to compete and prevail on future battlefields, he added. Key to this initiative is equipping its soldiers with new capabilities.

The British army is pursuing all of these efforts as it faces increased threats in the so-called gray zone below the threshold of conventional armed conflict, he noted. Russian gray zone tactics in Ukraine and elsewhere have raised concerns among NATO nations.

“We are witnessing the return of great power competition, continued threat from violent extremism and from regional powers intent on fueling instability and conflict,” he said. “Many of these threats often manifest themselves in the shadows and the level below the threshold of armed conflict.”

Tickell noted that the West’s strength and technological advantage has prompted adversaries to use gray zone tactics.

While "our collective deterrence is effective and must be maintained, we must also work to address the damaging sub-threshold activity,” he said. “These threats are not going away.”

NATO is now contested in all warfighting domains, he noted. To address these challenges, the U.K. army has released an operating concept that is intended to “optimize its competitiveness, its utility and adaptability in the next decade and beyond,” Tickell said. “The concept seeks to fuse land, air and ... information maneuver for advantage," he explained.