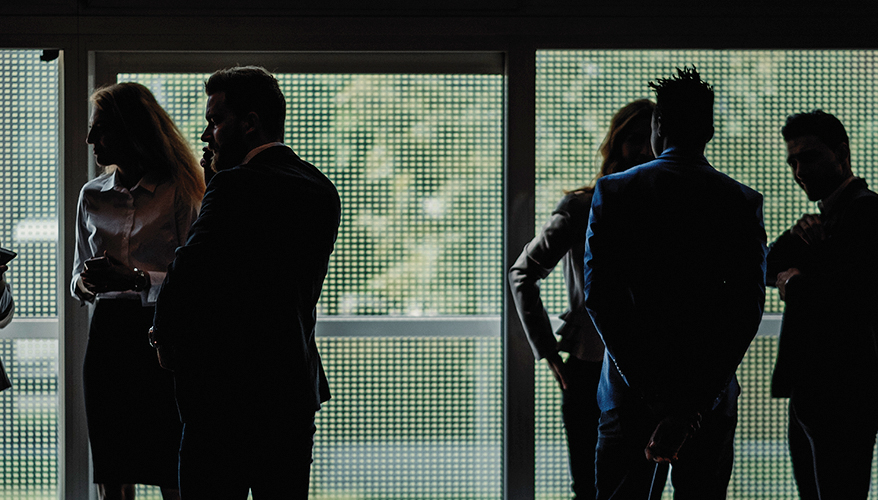 Many in government sales miss opportunities to strengthen their customer base by ignoring the impact of effective lobbying. Others completely ignore legitimate influence and shaping opportunities for fear of an area they don’t understand. Worse, some insist they don’t participate in lobbying while they actually do just that.

It has been over 10 years since the last significant overhaul of legislation governing federal lobbying. In 2007 the Honest Leadership and Open Government Act strengthened its predecessor language in the Lobbying Disclosure Act previously passed in 1995. The new act most specifically clarified lobbying definitions, disclosure requirements and gift-giving rules. Why was that legislation necessary? Flash back to 2005.

Also in 2005, former lobbyist Jack Abramoff was convicted of crimes associated with conspiracy, fraud and wildly unethical behavior, all stemming from his representation of certain Native American tribes. He was found guilty and served time.

In 2008 the FBI raided the PMA Group, a now-defunct federal lobbying firm, during an investigation of alleged wrongdoing, specifically relating to inappropriate campaign contributions being distributed in exchange for legislative favor. The firm disbanded, and several involved, including members of Congress, were professionally disgraced or served time.

These are but a few examples of wrongdoing, but they and others were sufficient to make the public believe the Lobbying Disclosure Act of 1995 had not gone far enough. The incidences originated from inappropriate and illegal uses of influence that left a high-profile negative image in the public’s eye of systematic wrongdoing. “Lobbyists” had corrupted the legislative process. “The swamp” of Washington, D.C. was infected and must be drained and sanitized.

Congress responded to the increased public outrage with the newest act, cracking down significantly and specifically on what types of favor would no longer be tolerated.

Together, the two acts inducted in a new era of imposed limitations, deterrents, reporting requirements and a harsher system of penalties for failing to comply with the rules.

Buying a federal customer a cup of coffee became illegal. Meals served at traditional holiday receptions suddenly became subject to “the toothpick test.” Fanciful buffet tables would certainly be a thing of the past, but was a food item too extravagant if it could fit on a toothpick? A cube of cheese or a Swedish meatball, perhaps? Where was the line?

Old norms were challenged under a new level of scrutiny. The dials had been turned way back from what had become an all-too-comfortable mingling of business dealings and social interactions that failed the basic tests of perceived conflict of interest.

The impact of the new age lobbying and disclosure laws has been somewhat mixed. In government sales, behaviors of sales forces now fall into three categories: Those with a complete Washington, D.C., presence who understand and comply with the LDA protocols and reporting requirements; those who work in and around Washington, D.C., who have made their own determination of whether or not they are subject to the laws; and those who are completely unaware of the compliance protocols associated with lobbying.

Category 1 businesses are likely experiencing sustained success as a result of their well-coordinated activities across the spectrum of government funding: needs, requirements, resourcing, legislation, acquisition and contracting.

It’s categories 2 and 3 where there might be some blind spots.

Those in category 2 are sometimes referred to as “shadow lobbyists,” individuals who lobby, but claim they don’t. Former members of Congress, former senior officials and retired senior-level military officers who work in the government affairs industry are most often found in this category. These are the people who believe they know enough of the law to make their own determinations about their activities, insist that what they do is not lobbying, and as a result fail to apply a correct interpretation of the transparency requirements. Their misplaced fear surrounding perceived negative repercussions of being associated with lobbying yields a far riskier behavior — not correctly reporting their meetings.

Covered legislative branch officials are: members of Congress; elected officers of either the House or the Senate; employees, or any other individual functioning in the capacity of an employee, who works for a member, committee, leadership staff of either the Senate or House, a joint committee of Congress, a working group or caucus organized to provide services to members, and any other legislative branch employee serving in a position described under Section 109(13) of the Ethics in Government Act of 1978 (5 U.S.C. Appendix § 109(13)).

The most junior levels of the categories of covered official, not coincidentally, fall squarely in the sights of high-quality customer engagement plans. The moral of the story is, those who sell to the senior levels of the federal government are very likely lobbying. Accept it, report it. There is no penalty for over-reporting, while penalties for not reporting can be $200,000 per instance.

Of note, the Government Accountability Office conducts an annual audit of lobbying reporting compliance by registered lobbyists. The more likely place for a senior business developer or advisor to become ensnared is through an audit. Penalties stemming from an audit could prove far-reaching and involve recalculation of overhead and profits.

Category 3 is the tragic, but most common bystander of the lobbying disclosure laws. They work the D.C. circuit from a distance, only engage their “customer” on occasion, and never engage Congress. They don’t understand the impact of Congress on their business — that every federal dollar flows through Congress before it can be put on contract.

They don’t work their government customer at a senior enough level to fall under the lobbying laws. They leave these important customer contacts unattended out of ignorance of their ability to be helpful, or fear of running afoul of lobbying laws they have never quite understood.

By missing important engagement opportunities across all of government, businesses in category 3 are often performing at a suboptimal level and fail to sustain government business. Their problem is actually two-fold: they don’t recognize what they are missing, and if they do, they aren’t positioned to legally and rightfully avail themselves of the entire government sales process.

It is a shame to see a whole slate of businesses losing out on these opportunities, ripe for the taking. Meanwhile, a basic understanding of the process and a few systematic adjustments could open the door to a relationship with Congress that truly transforms their bottom line.

So is it salesmanship or lobbying? Business-to-business salespeople fundamentally accept that influence is a good thing. Those that understand its power, and are able to wield it judiciously, are valued members of the team. They tend to not only surpass sales goals, those identified as great influencers are often among the leadership that set the sales goals and identify what they’re even selling and to whom.

And yet, when the idea of “influence” is viewed through the lens of government sales, many instinctively think back to the bad behaviors of a few individuals who, unfortunately for all of us, abused their power. The bitter taste of those associations causes many to recoil and altogether avoid any influencing tactics with the government — a missed opportunity for all involved.

The truth is, influence in the context of government sales is nothing to fear. It requires the same judiciousness seen in the business-to-business sphere. The only difference is that there must be transparency. Everyone should acknowledge and comply with the law. Don’t leave the interpretation to chance.

There is no such thing as a Scarlet L, so there should be no fear of correctly identifying sales influence techniques for what they are: lobbying. It’s OK to say it, and even more so, necessary to report it. There is an obligation to customers, to employees, and to shareholders to apply appropriate levels of influence in the name of achieving common goals.

By engaging all elements of the budget, policy and funding process, businesses can shape outcomes that benefit the end customer, while simultaneously supporting the bottom line.

Defense Industry Ponders Where It Goes From Here