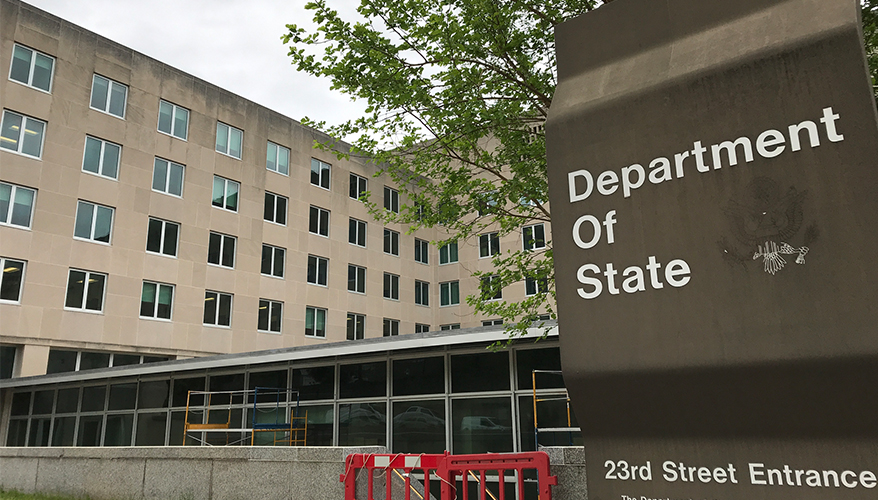 Promoting exports of U.S.-made defense products has been a top foreign and economic policy goal of President Donald Trump. He has sought to bolster the defense industrial base, and loosen restrictions and reduce bureaucratic red tape for selling systems overseas.

In April of last year, he issued a national security memorandum regarding U.S. conventional arms transfer policies. It called for “supporting United States industry with appropriate advocacy and trade promotion activities and by simplifying the United States regulatory environment.”

“But we will not rest on our laurels,” Kausner said during a panel at a conference in Arlington, Virginia, hosted by Defense News. “We cannot … in this era of hyper competitive [global] defense industries.”

Although the new conventional arms transfer policies were rolled out last year, there are significant implementation objectives that have yet to be fully achieved, said R. Clarke Cooper, assistant secretary of state for political-military affairs.

“We are looking at the next phase of implementation wickets on conventional arms transfer policy … to modernize the bureau, modernize our resources and our ability to execute at a quicker pace,” he added.

Although the idea has already been floated, the administration will soon formally request $8 billion for foreign military financing, or FMF, to help allies and partners purchase U.S.-made equipment, Cooper noted. That has proven to be a successful mechanism for enabling international sales to nations facing budget constraints, he said.

There is bipartisan support in Washington for boosting the defense industrial base, which employs 1.7 million Americans, Cooper said.

Cooper declined to say which specific legislative changes the administration will seek.

“I don't want to get ahead of what would be rolled out, but these would be non-controversial fixes that allow the bureau to better implement not only conventional arms transfer implementation, but also better implement the day to day workings” of offices responsible for handling these issues, he said.

“There are interested parties on both the House and the Senate committees of jurisdiction that have said, ‘You know, we're willing to entertain’” legislative action, he added.

Efforts to ramp up arms sales comes as the United States is engaged in great power competition with China and Russia.

If the U.S. government doesn’t effectively promote arms sales, potential customers will turn to other sources of supply, Cooper said.

“As I've said to many members of Congress, … if we don't get ahead of our adversaries or if we do not foster secure relationships, the vacuum will be filled” by other nations, Cooper said. “A denial of a sale or denial of a relationship doesn't just mean that that capability goes away or that requirement goes away. That partner will seek it elsewhere.”