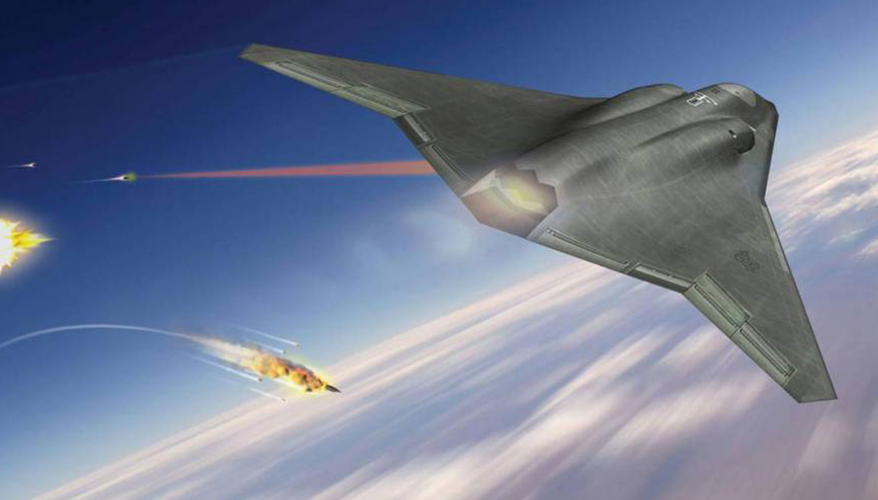 The Air Force aims to redirect funding from legacy platforms into next-generation capabilities as the Pentagon puts together its next budget plan, the service’s top civilian official said Sept. 4.

The great power competition with peer competitors such as China and Russia makes it critical for the U.S. military to invest in technology that would enable it to prevail in a high-end conflict, Acting Secretary of the Air Force Matthew Donovan said at a conference in Arlington, Virginia, hosted by Defense News.

“Secretary of Defense [Mark] Esper … has set the department on a path to look for ways to divert funds from programs that don't have as much value into programs that increase critical warfighting capabilities,” Donovan noted. “The Air Force is leading the way with bold and likely controversial changes to our future budgets. We need to shift funding and allegiance from legacy programs we can no longer afford … due to their incompatibility with future battlefields, and into the capabilities and systems the nation requires for victory.”

The president's fiscal year 2021 budget request is expected to be unveiled early next year. This fall, Pentagon leaders will put together a fiscal blueprint that will be sent to the White House for consideration.

Donovan did not identify which legacy Air Force programs are vulnerable to cuts or which initiatives might see a funding boost in the fiscal year 2021 budget blueprint. But he noted several technology areas that the service is keen on, including: multi-domain command-and-control capabilities that link a wide range of sensors and shooters and C2 nodes; next-generation air dominance systems including unmanned or optionally manned platforms; advanced munitions such as hypersonic weapons; directed energy tools; cyber; distributed space assets; and 5G networks.

Donovan noted that the Air Force needs to grow. But while capacity is important, it can’t come at the expense of capability, he said.

“If we continue to invest in current technologies to simply grow our force, we are not guaranteed victory,” he said. “But if we force the required changes and move away from systems and capacity that we cannot afford to keep and reinvest in the technologies we need for the future, we will win.”

Donovan painted a vision of a situation in which the U.S. military could be overwhelmed by an advanced adversary that uses counter-space weapons, cyber capabilities, missile salvos and other weapons, enabling the enemy to capture territory.

“This represents a very real scenario that could play out in several regions across the globe,” he said. “There is a very real possibility that the U.S. and its allies would be severely challenged to prevail in such a situation. This is of course unacceptable.”

The Air Force must have the technology to achieve dominance across the entire spectrum of conflict in any domain against any adversary, he added.

During a panel discussion at the conference, Maj. Gen. Michael Fantini, director of Air Force warfighting integration capability, was asked about specific programs that might be affected by the envisioned funding realignment in the next budget blueprint.

“I can't talk about the ’21 [program objective memorandum] and I'm not going to,” he said. “For us, the challenge is … what are you going to stop doing in order pivot into the future? That's where we see we're making really tough choices. The secretary alluded to some of that today, and that's what you'll see as we move into engagement with [the office of the secretary of defense] and engaging with the Hill on why we believe this is the right thing to do.”

Later in the conference, Lt. Gen. Timothy Fay, deputy chief of staff for strategy, integration and requirements, said the A-10 Thunderbolt II attack aircraft, also known as the Warthog, is not currently on the chopping block. An Air Force attempt to divest itself of the A-10 failed several years ago amid congressional pushback.

Update: This story has been updated to include comments by Lt. Gen. Timothy Fay.

This article seems to counter the other ND article about expanding and buying Fourth Generation+ fighters. If the USAF wants the Sixth Generation fighter, then so be it, but the About-Face seems obvious. The USAF could have bought the 767 or 777 instead of the 737 for future support planes. Instead, it opted for the older 737 because it had more spare parts. So the USAF could have brought the future forward with newer planes and instead opted for an older one. Anyway... I think three key areas that the USAF need that aren’t discussed here are: quantum radar and communications, MUCH longer-ranged missiles, self-defense capability, and SAR pilot recovery. THOSE should be the key drivers. No Sixth Generation plane is going to hide with quantum radar on an opponent and the USAF needs their own quantum radar. No 6th Gen fighter is going to kill well with missiles that get outranged by opponents. No 6th Gen fighter is going to last if it can’t shoot down incoming missiles with lasers or flak, and no USAF pilot is going to survive enemy capture for weeks if we can’t find a better way to retrieve him besides using helicopters or a few CV-22s. The USAF has the motto, “USAF, no one comes close.” I mean it...use the motto. With all the Black Ops programs that the USAF must have developed in secret over the years, it’s a wonder why and how the F-35 program is such a gummy chew that can’t blow a perfect bubble (but seems to get better after lots more money, time, and effort is poured into it). Just don’t make a 6th Gen fighter plane so expensive that the USAF uses it for (that joke of) four days, the USN uses it for two days, and the USMC use it for one day.