Security Assistance Programs - A Guide for the Perplexed 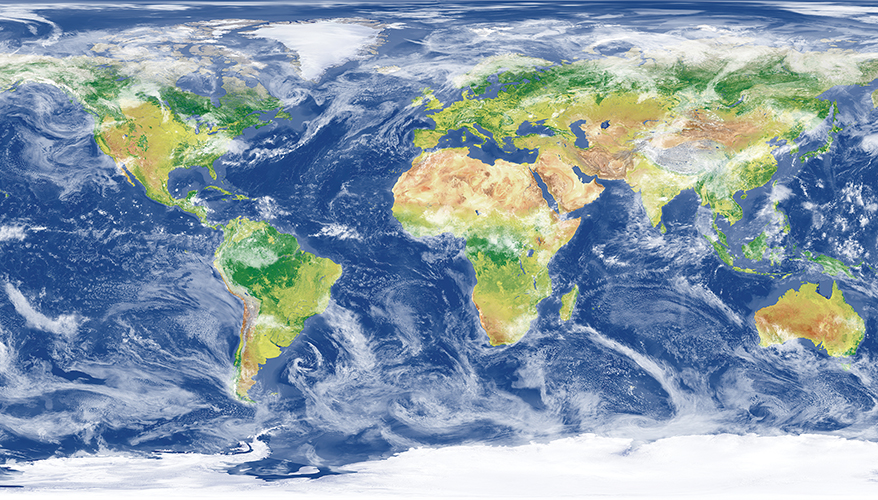 Each year, the U.S. government authorizes billions of dollars’ worth of security assistance to friendly foreign countries to support ongoing defense cooperation and in pursuit of security and diplomacy goals. In fiscal year 2018 alone, it authorized defense exports totaling $192.3 billion, an increase of 6 percent from the preceding fiscal year.

The prodigious 2018 sum is composed of $55.66 billion in foreign military sales, a security assistance program administered by the Pentagon’s Defense Security Cooperation Agency. The remaining sum of $136.6 billion was authorized through direct commercial sales, an acquisition route for both private and government purchasers that is administered principally by the State Department’s directorate of defense trade controls.

The Defense Department’s inspector general March 19 announced that an audit was about to commence on the FMS agreement development process. The audit will assess how the DSCA, military departments and other stakeholders coordinate foreign government requirements for defense articles and services and whether the Defense Department makes appropriate use of the results of the FMS agreement development process. The House Armed Services Committee mandated the audit in response to congressional concern over the “slow, cumbersome and complicated” FMS program, with its uncoordinated acquisition processes that do not necessarily support U.S. national security objectives or the U.S. defense industrial base. Recommendations from audits often become legislative initiatives in the following year’s annual defense policy bill.

The Arms Export Control Act of 1976 authorizes the president, with approval from the secretary of state, to sell, lease and grant defense articles and services to friendly foreign governments and to international organizations. This presidential authority has been delegated to the State Department and to the Defense Security Cooperation Agency.

Typically, these two transactions must be financed completely by the foreign government purchaser. However, in the pursuit of U.S. national interests and to support allied forces, Congress routinely appropriates funds in order to finance select critical transactions.

Parties to an FMS transaction consist of the U.S. Defense Department and the foreign government purchaser. The terms of the transaction negotiated by the parties are memorialized in a “letter of offer and acceptance,” the government-to-government contract for the acquisition. With a letter in hand, the U.S. government then fulfills the requirements, either by turning to its stock or to private contractors.

When administering an FMS case, the U.S. government is bound by the thousands of rules codified in the security assistance management manual. The services follow the manual, but generally also follow their own internal security assistance manuals, which provide their interpretations and offer additional directives relevant to the particular service or department.

Although the letters are tailored to the particular transaction and the foreign government requirements, many key provisions are predetermined by the rules. For example, each letter must include the Defense Security Cooperation Agency’s most current “LOA standard terms and conditions,” which, among other things, commits the U.S. government to “in general, employ the same contract clauses, the same contract administration, and the same quality and audit inspection procedures as would be used in procuring for itself.”

To fund the U.S. investment required to administer and fulfill the letter, an administrative surcharge of 3.2 percent of the total transaction value is added to the agreed price, down from 3.5 percent prior to June 1, 2018.

The rules in the manual and in other government-issued security assistance guidelines apply directly only to U.S. agencies, and not to private contractors. Instead, private contractors bidding on and fulfilling FMS requirements are bound by the general legal apparatus of U.S. procurement law as governed by the Federal Acquisition Regulation and Defense Federal Acquisition Regulation Supplement. Accordingly, from the perspective of private contractors, it is generally immaterial whether defense articles or services are being provided for use by the U.S. government or for resale to an FMS purchaser. In both scenarios, U.S. government contracting law applies. As a result, it is not uncommon for U.S. contractors to perform on FMS cases without ever knowing that the items they are supplying are intended for foreign government end-users.

That said, exceptions do exist in which U.S. contractors develop direct relationships with the FMS purchasers. For example, the regulations exempt the U.S. government from holding a competitive bidding process in response to a sole-source FMS request. In addition, it is not uncommon in this context for a contractor to interact directly with the foreign government purchaser in order to negotiate offsets and countertrade agreements or to assist in negotiating the letter of offer and acceptance with the U.S. government.

In a direct commercial sales transaction, foreign governments engage directly with private contractors to purchase defense equipment or services. The U.S. government is not a party to the transaction and instead operates in an oversight and regulatory capacity, ensuring that export control laws are observed and that national interests are safeguarded.

The primary regulator in these transactions is State’s directorate of defense trade controls, which takes guidance from the Defense Security Cooperation Agency, the Defense Technology Security Administration, and from various military departments. Compliance with the International Traffic In Arms Regulations (ITAR), which implements the Arms Export Control Act and is overseen by State, is required for the export of defense articles, which includes any hardware and technical data related to items with military application. For less sensitive defense and dual-use items, the Department of Commerce’s bureau of industry and security is the relevant export control licensing authority.

Because contractors in these transactions sell directly to the foreign purchasers and not to the U.S. government, the burden of U.S. procurement law is avoided. Moreover, because the strictures of the security assistance management manual and of other U.S. agency rules do not apply, parties can negotiate the terms of sale with greater freedom and flexibility. However, the manual also maintains an “FMS-only list” that enumerates categories of items that are ineligible for direct transactions, such as fighter aircraft, missiles, sonar and unmanned systems.

But even when permitted, there are drawbacks to direct transactions, as contractors are exposed to an array of risks and imbalances associated with negotiating with and selling directly to foreign governments. Such risks include, among others, exposure to allegations of foreign corruption, sovereign immunity defenses that could be raised by the buyer in the event a dispute emerges, or the imposition by the foreign government of expensive or unreasonable offset or countertrade requirements. Moreover, it is not uncommon for contractors to find it difficult to negotiate favorable terms with foreign governments, which, for example, routinely insist on subjecting the contract to their domestic choice of law and to resolving disputes before their local courts.

Meanwhile, Congress routinely appropriates funds to finance purchases by friendly foreign governments. Each year, the president submits a foreign military financing budget request for consideration by the Senate and House committees on appropriations. The foreign operations and related programs appropriations subcommittees review the request and determine the level of funding to set in that year’s appropriations bill.

When utilizing the financing, most countries are required to fulfill their procurement through the foreign military sales route, utilizing their allotted funds as “FMS credit” to finance approved purchases. However, 10 designated countries, when in good standing with the United States and authorized to receive security assistance, are permitted to utilize the financing also through direct sales purchases, through a transaction framework known as direction commercial contracting. The countries are: Israel, Egypt, Jordan, Morocco, Tunisia, Turkey, Portugal, Pakistan, Yemen and Greece.

Generally, the financing is earmarked for advanced weapons systems aimed at preserving a foreign ally’s qualitative military edge, while supporting interoperability between U.S. and foreign military forces. As a result, the policy is to deny requests for low technology items or commodities, such as fuel, food, small caliber weapons and munitions or office equipment.

In FMS credit transactions, the financing allocated for a particular country is deposited into a trust account established and administered by the Defense Security Cooperation Agency on behalf of that country. The money in that account is used to pay the U.S. government, if the FMS is fulfilled through Defense Department stock, or private contractors fulfilling requirements. From the perspective of private contractors, there are no operative differences between bidding and performing on a U.S. government contract funded by FMS credit or, for regular cases, by national funds of the foreign government. In both scenarios, the payor is the U.S. government.

Several statutory restrictions limit use of FMS credit. Thus, absent an offshore procurement waiver, credit is generally not available to non-U.S. vendors or for any end-items whose value is composed of 50 percent or more non-U.S. content. Waivers may only be issued if, with concurrence from the Departments of Commerce and State, the Defense Security Cooperation Agency determines that the allocation of U.S. funds will not adversely impact the U.S. economy or defense industrial mobilization base. In addition, credit is not available for co-production abroad of U.S.-origin items and may only cover transportation costs incurred from U.S. flag ships or aircraft.

An additional bedrock rule in the guidelines is that for items with mixed U.S. and non-U.S. content, absent an exception, the financing may be used only to cover the cost of the U.S. content. As a result, contractors performing on a direct commercial contract must maintain strict “cost accounting” records that distinguish between U.S. and non-U.S. content. Those records must be reported to the Defense Security Cooperation Agency as a prerequisite for payment.

The guidelines do not clarify when an item is deemed to have been “manufactured and assembled” in the United States, and guidance rooted in the Buy American Act or the Trade Agreements Act is inapposite given that those U.S. procurement laws do not apply to direct contracts. Instead, prior to allocating financing in such contracts, the agency generally expects to see that an item underwent a process in the United States that resulted in substantial added value and significant U.S. employment.

The guidelines make clear that any unwillingness or inability by a contractor to comply with them can lead to debarment from future direct contracts, unless it actively demonstrates that past non-compliance has been remediated and provides reasonable assurances of future adherence to regulations.

The security assistance programs discussed above present distinct risks and opportunities. Their applicable regulatory frameworks are complicated and continually evolve, and they will likely undergo yet further reform as they incorporate the results of the inspector general’s latest audit. Nonetheless, when navigated with the proper care, these programs offer vast contracting opportunities for U.S. and foreign companies, provide strategic support to foreign allies, and play a key role in U.S. defense and foreign policy.