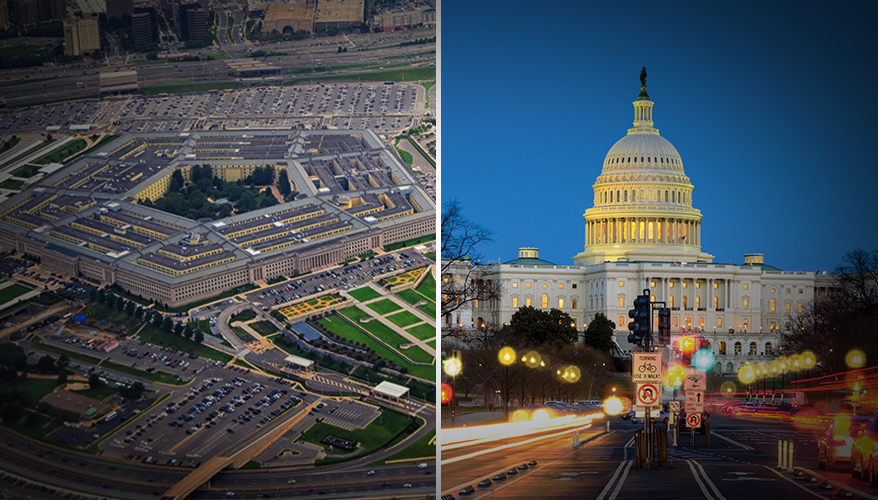 The stop-gap funding measure expected to be approved by Congress before the end of the month would affect some defense contract awards, but the Pentagon will be able to manage the impacts as long as full-year appropriations bills are passed in the coming weeks, according to the department’s head of public affairs.

However, despite the topline agreement Congress has yet to pass a defense appropriations bill or other major appropriations bills for fiscal year 2020, which begins Oct. 1. The House and the Senate in the coming days are expected to vote on a continuing resolution, or CR, to avoid a government shutdown. The CR would run through Nov. 21, by which point Congress would need to pass another funding measure to keep the government open.

“There are [acquisition] programs that will be affected [by the CR] and some of those include our ability to move forward with contracts that should be issued and … some of the modernization efforts we’re putting forward,” Assistant to the Secretary of Defense for Public Affairs Jonathan Hoffman told reporters Sept. 19 during a briefing at the Pentagon.

“If it’s kept within, you know, a few weeks to a little bit more than that, it is something we can manage and work through,” he added. “But once we start getting into months and quarters, the impact grows exponentially and it becomes more difficult to recover from those impacts.”

As of press time, the Pentagon had yet to provide a list of acquisition programs that will be affected by the CR that Congress is expected to pass.

Continuing resolutions are problematic for the Pentagon and other agencies because they generally freeze spending at the levels of the previous fiscal year and prevent new-start programs.

An extended CR would hinder the momentum of the readiness and modernization gains the U.S. military has achieved over the past two years, Hoffman warned.

Secretary of Defense Mark Esper has been banging the drum on Capitol Hill and prodding lawmakers to pass full-year spending bills.

“Throughout this week, Secretary Esper has met with various members of Congress from the House and Senate,” Hoffman said. “In those meetings … he’s stressed the importance of Congress passing an FY 2020 appropriations bill as quickly as possible.”

One of the reasons that Congress has yet to pass full-year spending bills for 2020 is the ongoing partisan dispute over funding Trump’s wall on the Southwest border.

During the briefing, Hoffman announced that nearly all of the $2.5 billion awarded by the Army Corps of Engineers this spring for border wall projects has been obligated and is on contract. The rest of it is expected to be obligated by the end of this month. The barriers being built will span 129 miles in locations in New Mexico, Arizona and California, he said.

About $3.6 billion in Section 2808 military construction funding is slated to be spent on the wall.

The Trump administration’s goal is to have completed over 450 miles of barriers by the end of next year, Hoffman said.

“Right now we’re at a [construction] pace of about a mile a day and we’ll see that continue to go up,” he said.

The press conference was also notable in that it was the first on-camera briefing at the Pentagon by a top Defense Department spokesperson since May 2018. Since Trump became president, the number of on-camera briefings has been sharply curtailed compared with previous administrations.

“Keeping with our regular briefing schedule, we will see you guys again next September,” Hoffman joked at the end of the press conference.