NEWS FROM DSEI: UK Defense Budget on the Upswing 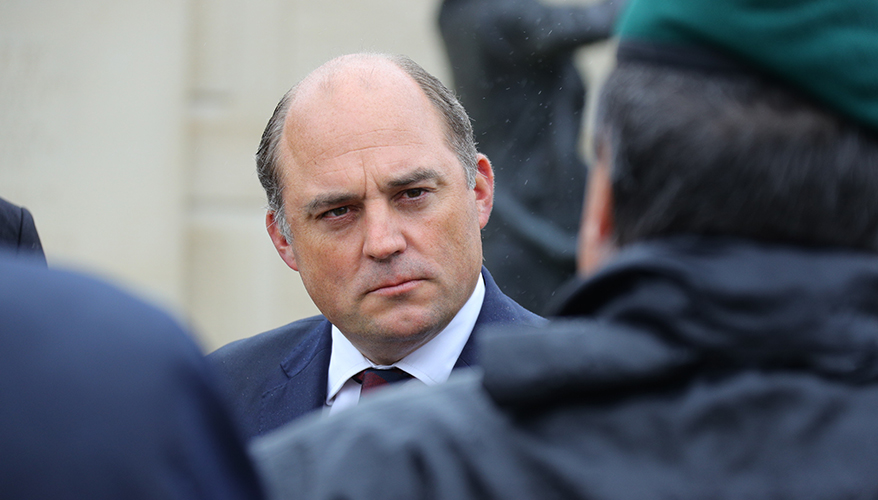 LONDON — The United Kingdom is increasing its defense spending and investing in a wide variety of equipment to boost its firepower, said the country’s secretary of state for defense Sept. 11.

“[We have] to break the cycle, the traditional cycle where often our appetite did not match our stomachs, which led to the annual hollowing out of our capability and plans,” said Ben Wallace MP. “We have to invest in our global defense force if we want to make a global difference.”

In the latest round of spending announcements, the U.K. government signaled its intent to grow its military budget, he said during keynote remarks at the Defense and Security Equipment International conference.

The armed forces secured an extra £2.2 billion — an increase of 2.6 percent above inflation — between 2019 and 2021, he said. Funding is expected to increase from £39 billion this year to over £41 billion by 2021. That will mark the first time the country’s military spending has topped the £40 billion mark, Wallace noted.

“It means that we will continue to exceed our NATO commitment to spend 2 percent on GDP on defense,” he said. “It means the U.K. remains the largest NATO defense spender in Europe by far. And above all, it means more money to keep investing in key capabilities such as offensive cyber, the nuclear deterrent and shipbuilding.”

The nation is putting its “money where our mouth is,” and making a number of investments across all warfighting domains.

In the maritime portfolio, the country is buying new vessels.

“Today, 11 major warships are in build or contract, not to mention our next generation of nuclear deterrent submarines,” he said, referring to Dreadnought-class boats.

The island nation is also procuring Type 26 and Type 31 frigates, he added.

Additionally, with the new HMS Queen Elizabeth aircraft carrier, “our carrier strike [capability] is back after an absence of a decade, giving us the unparalleled ability to project power and influence the seven seas,” Wallace said.

The British military is also investing in artificial intelligence, with Wallace noting that he had witnessed the day before the first exercise involving the nation’s maritime autonomy surface testbed on the HMS Argyll.

“Effectively, this is next generation of underwater drone swarm, operating autonomously but collectively to scout ahead of a ship and spot trouble in advance,” he said.

For land warfare, the country is upgrading its Challenger 2 main battle tank, Warrior infantry fighting vehicle and bringing in new multi-role armored vehicles to operate alongside Ajax, he said. A main gate decision — a U.K. acquisition milestone — is expected by the end of October.

“Together with these vehicles, we will deliver the Army's new transformational strike force contributing to NATO readiness, and creating as well as sustaining more than 1,000 jobs,” Wallace said.

The Ministry of Defence is also working on ways to lighten its soldiers' load, he said. It has been working alongside BAE Systems to develop lighter ammunition that will replace the brass in cartridge cases with stainless steel and titanium, which will reduce the weight of equipment that troops carry by 26 percent.

In the air domain, the United Kingdom is investing in counter-drone technology following major incidents at Gatwick and Heathrow airports which forced thousands of flights to be canceled due to civilian unmanned aircraft flying nearby.

“We saw the peril drone technology poses to our airspace,” he said. “From early next year, the [Royal Air Force] will be working with Leonardo on a three-year program looking at how to detect, track, identify and defeat rogue drones as this technology continues to evolve.”

The nation is also making inroads with its Tempest sixth-generation aircraft program and recently signed a statement of intent with Italy, who alongside Sweden, will support work on the aircraft.

“I'm looking forward to working with Italian and Swedish counterparts as well as others to put the Tempest program into hyperdrive and take global Britain back into the stratosphere,” he said.

Looking to the stars, the United Kingdom is investing in new satellite capabilities, Wallace said.

“Fifty years ago, Britain put its first satellite, Skynet, in space,” he said. “Today, we're having to deal with increasing threats to satellite-based navigation, so the need for robust communications have never been more vital.”

The nation is now developing Skynet 6, which will give U.K. forces “unparalleled capacity to talk to each other in any hostile environment,” Wallace said.

He announced the launch of a new competition for an industry partner to operate and manage the ground stations, infrastructure and technology associated with the program.

The country is also bolstering its capacity in cyberspace, he noted. The United Kingdom must not only be able to repel threats from the “online frontline,” but be able to “strike out” as well, Wallace said.

“We're initiating a major program of change, managing our people differently, adjusting the way we run our operations, and maintaining our long-standing association of working with [Government Communications Headquarters] in this area so we can be more agile in tackling dangers and grasping opportunities,” he said.

These efforts across all five domains of warfare will require strong partnerships with industry, Wallace noted.

“You only produce great kit if you have great partnerships between policymakers and product makers,” he said. “That's why I want to see a step change with industry. We're determined to go out of our way to help you engage by giving you the certainty and confidence you need to create capability.”

Wallace pointed to a new defense technology framework that was released days ago as one way to “concentrate our collective minds by assessing the technologies needed to drive our defense modernization and deliver battle-winning technologies.”