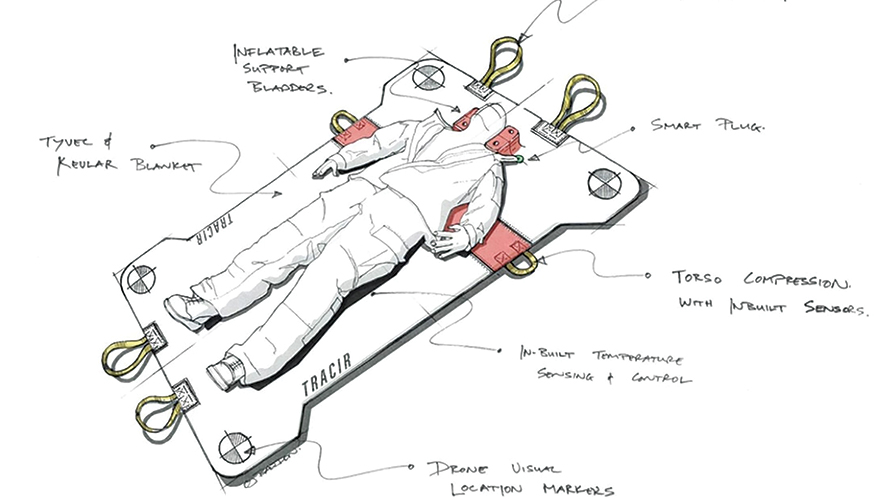 The Army is working on an autonomous robotic trauma care system that can treat wounded soldiers on the battlefield.

The University of Pittsburgh School of Medicine and Carnegie Mellon University were each awarded four-year contracts totaling over $7.2 million to develop the system, according to a news release.

The trauma care in a rucksack, or TRACIR, is envisioned to be a device carried by soldiers in backpacks, Artur Dubrawski, a research professor at CMU’s Robotics Institute, said in an interview. The ultimate goal is to create a fully autonomous system that can be thrown by a wounded warrior, self-inflate and “crawl” on top of the warfighter to begin providing medical treatment, he said.

Besides stabilizing the patient mechanically, the suit would also be able to put pressure on bleeding wounds, measure and diagnose a person’s injuries and insert needles into veins for fluid resuscitation, he noted. Portable ultrasound technology would help the system insert the needles, Dubrawski said.
TRACIR would be especially useful during the “golden hour,” which is the period of time in which medical treatment is the most important for a wounded soldier.

“If the help is provided promptly, we can very well save lives and actually keep those individuals in good shape throughout the rest of their lives,” he said. “But if we fail to provide this critical help at the critical moment then we lose them.”

“This device in our vision is abstract,” he noted. “It may actually end up having [a] different form factor than what we originally thought, depending on the actual circumstances of the application and needs that need to be satisfied.”

The Defense Department wants a fieldable prototype by 2028, said Ronald Poropatich, director of the University of Pittsburgh’s Center for Military Medicine Research. Engineers hope to produce a prototype within the timeframe of the four-year contract, but it will not be “fieldable in the true sense of what the DoD is looking for,” he noted.

“We’ll be having providers interacting with the technology solution being semiautonomous, and then over time incrementally we will have a fully autonomous system,” Poropatich said. “Hopefully we’ll get there by 2028.”

“Even though our ultimate vision involves … [a system] that is fully autonomous and robotic, it is quite likely that we are going to proceed along the sequence of developments that will be partially automated and partially autonomous,” he said.