Electronic Warfare Spending on the Rise 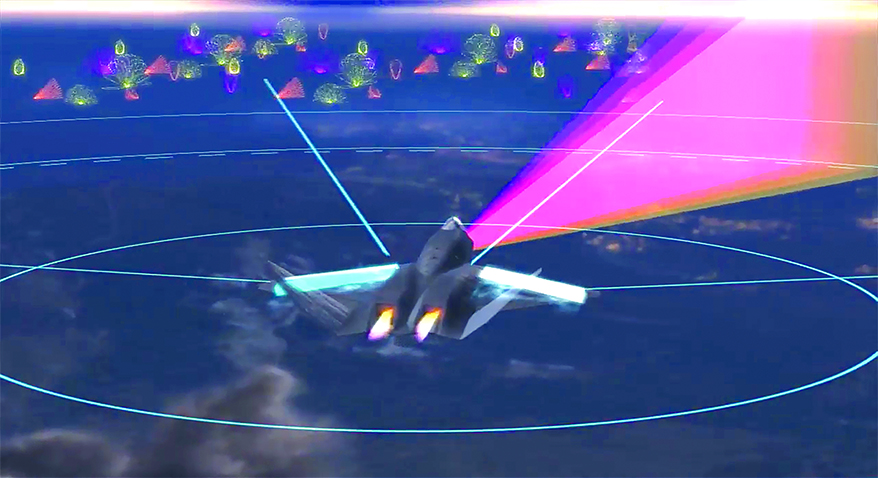 The Defense Department plans to boost investment in electronic warfare capabilities as it gears up for great power competition.

Gen. Joseph Dunford, chairman of the Joint Chiefs of Staff, told National Defense that EW is the No. 1 functional area where investments need to be made in the coming years.

“Being in a position to achieve superiority in the electromagnetic spectrum is absolutely critical,” he said.

Using unclassified sources, the Congressional Research Service estimates that the department is seeking $10.2 billion for these types of capabilities in fiscal year 2020.

“Based on statements by several senior defense officials and the conclusions of the National Defense Strategy Commission, it could be expected that DoD is likely to substantially increase funding for EW programs,” military capabilities analyst John Hoehn wrote in a recent CRS report titled, “U.S. Military Electronic Warfare Investment Funding: Background and Issues for Congress.”

In total, the Defense Department plans to spend $27.8 billion on procurement and $25.8 billion on RDT&E over the course of the future years defense program, according to the report.

Meanwhile, adversaries have been investing heavily in their own EW capabilities, analyst say, and the United States can’t risk falling behind.

“If you take a look at what China and Russia … are doing in terms of their warfighting strategy, they emphasize being able to operate effectively in the EMS — the electromagnetic spectrum,” said Mark Gunzinger, a non-resident senior fellow at the Center for Strategic and Budgetary Assessments. That includes being able to deny an enemy’s ability to control the spectrum.

It is a domain where wars can be won or lost, he said.

“If you think about how we maneuver, if you will, in the EMS, it’s more than just communications,” he said. “It’s active and passive sensing, it’s the ability to create cyber effects through the EMS. So it’s integral to just about everything our military does. And if they are denied that — or their ability to maneuver in the EMS is degraded — it could have significant implications to the way we prosecute military operations.”

Electronic warfare capabilities — such as jamming and spoofing — can be used against enemy airborne, sea-based, land-based, space-based and cyber capabilities and weapon systems, he noted. They can also undermine an opponent’s ability to locate and attack targets and assess the effects of their operations.

The U.S. military must take steps to ensure that it can “win the battle for the airwaves,” he said.

“It’s going to require new investments in electronic warfare capabilities as well as development of new operating concepts,” he said. “It’s more than just a matter of [buying] things, but thinking through how we should operate in the EMS as part of multi-domain operations as well as the technologies we should invest in.”

New offensive and defensive capabilities that could be useful include directed energy weapons such as high power microwaves that are capable of destroying electronic components, and new unmanned systems with EW weapons, he said.

The stealthy F-35 joint strike fighter can also perform EW missions, he noted. “That is a very capable electronic-attack aircraft. And you couple that with … new operating concepts, and that is a real step ahead in electronic warfare capabilities.”

Gunzinger said the Pentagon didn’t spend enough on EW technology after the end of the Cold War, but that trend is changing.

“We see that already,” he said. “I think there will be investments in major new weapons systems [because] the ability to operate in the EMS is going to be integral to every military unit we field in the future.”

Re: Electronic Warfare Spending on the Rise

The U.S. DoD needs PLATFORMS for dedicated EW/ECM in the form of using new and existing vehicles and airframes for these missions. The EC-130H "Compass Call" isn't going to cut it anymore---too slow, too big, and too few.
What is required is the XQ-58A, the B-21 EW, the F-35 EW, hypersonics with EW, the F-15X with AMBER racks of AIM-120D and AARGM-ERs and EW. New armored vehicles like FMTV EW, AMPV EW, and HEMETT with EW and fully armored bed cabs are needed, not just small JLTVs where all the EW electronics are crammed inside. Homeland will need vans and mobile command vehicles with EW in case the lights go out in a hack.
There is just so much that needs to be done, but shoehorning EW into the JLTV, HMMWV, and Strykers and patting oneself on the back seems silly because one needs dedicated platforms like the EA-6B "Prowler" and EG-18 "Growler" and mobile RVs with programmers inside. Some of these modifications can be made as the vehicles are on the assembly line and thus don't really require massive cost spending to retrofit.