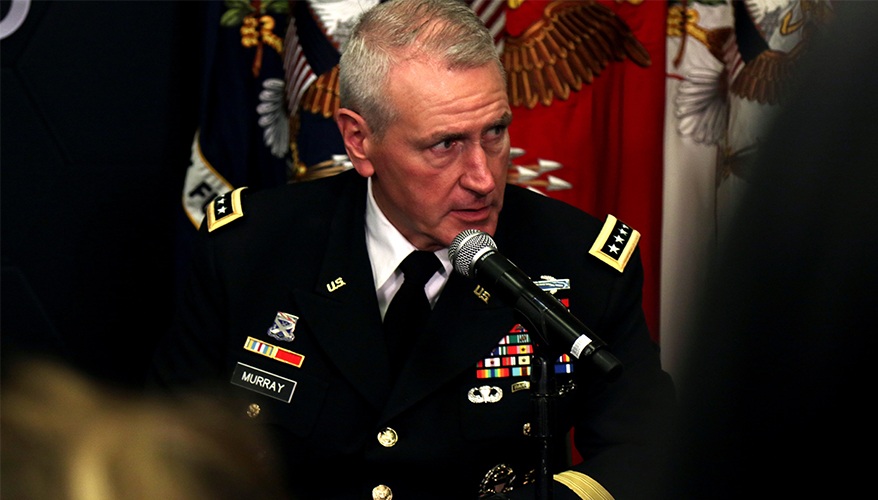 The command responsible for shepherding the Army’s top modernization priorities will achieve full operational capability on July 31, according to its leader.

In July of last year, the Army announced that Austin, Texas — one of the nation’s leading tech hubs — had been selected as the home of AFC’s headquarters. Service leaders said officials had already started to flow there to help set up the new command, and upwards of 500 personnel were expected to be stationed there.

By the end of this month, the organization will be fully operationally, AFC Commanding General Gen. John “Mike” Murray told reporters July 16 during a media day at Joint Base Myer-Henderson Hall in Arlington, Virginia.

Murray touted the “blending of the requirements and acquisition communities to get after the capabilities” the command is pursuing. He noted the close relationship between the various program offices and the eight cross-functional teams that have been set up to spearhead the top modernization priorities, which also include the synthetic training environment and precision navigation and timing.

Assistant Secretary of the Army for Acquisition, Logistics and Technology Bruce Jette said: “We have really focused our resources and efforts against those things that the Army has decided is the most critical to … modernize.”

Another important aspect of the modernization push is the “early and often integration of soldier feedback into what we're working on, which is another thing we [as an Army] did not used to do very well,” Murray noted.

At the media day, many of the technologies being pursued were on display, to include miniature platform models, videos and hands-on equipment. Cross-functional team leaders and program managers were also on hand to discuss progress and plans for their projects.

On July 17, the Army will take its show to Capitol Hill so lawmakers and congressional staffers can see it. Murray is expected to officially declare at that time that AFC will reach full operational capability in the next two weeks. The visit comes as service officials are warning that the current budget impasse in Washington could jeopardize its programs.

“This is an opportunity to kind of show everybody what we have been working on,” Murray said. “This is not everything but it's … the top hits.”

Murray said some of the new technology will be deployed with an Army brigade this fall. Other capabilities will follow in the coming years.

Meanwhile, Secretary of the Army Mark Esper and Army Chief of Staff Gen. Mark Milley have also been on the Hill in recent days testifying at their confirmation hearings to be the next secretary of defense and chairman of the Joint Chiefs of Staff, respectively. It remains to be seen whether their expected rise to the top ranks at the Pentagon will bode well for the Army’s modernization efforts.