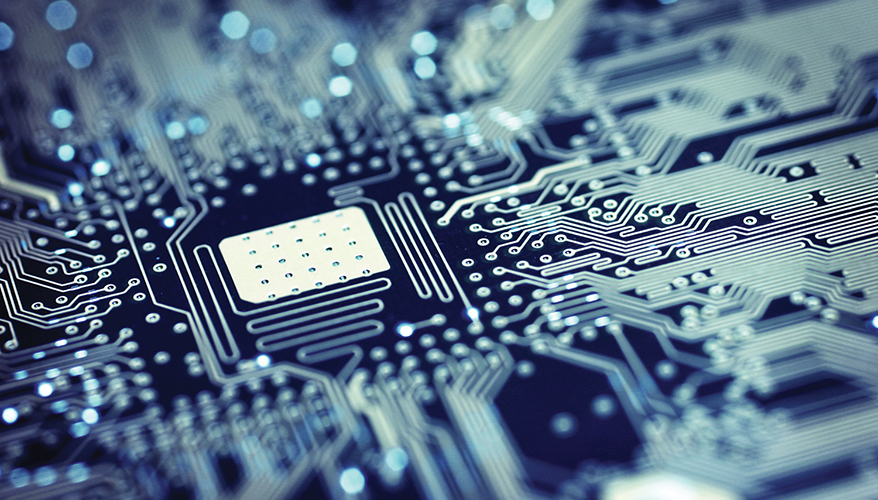 PARIS — Plans for the development of sixth-generation fighters and other advanced aircraft offer major opportunities for companies that work on microelectronics, according to industry executives.

On the first day of the Paris Air Show, Dassault Aviation and Airbus unveiled a mockup of the future combat air system, also known as FCAS, to be developed by France, Germany and Spain. Plans for the initiative include a new stealth fighter to be accompanied by drones and an “air combat cloud” that would link the platforms and enable data sharing.

Last year, the U.K. Ministry of Defence made a big splash at the Farnborough Air Show by announcing plans for a sixth-gen platform called Tempest. Meanwhile, the Pentagon is fleshing out its own concepts for a future fighter.

These next-gen systems are expected to leverage artificial intelligence to give them cutting-edge capabilities, officials have said.

“To fully realize the potential of AI, you have to go AI on the [tactical] edge, and that's commercial electronics,” said James S.B. Chew, group director for aerospace and defense programs at Cadence Design Systems. “You cannot do that without modern microelectronics.”

The company’s software tools can test designs and emulate how they would work in the real world with other systems, Chew explained in an interview with National Defense at the Paris Air Show. That technology could be useful for next-gen aircraft projects, said Simon Fielding, a U.K.-based account executive for Cadence.

“It's a system of systems because you've got other planes and communication between the planes and the [rest of] the infrastructure,” he noted. “You have to really try and look at the complete view … to verify that everything interoperates properly. That's something we can enable with software.”

Fielding said he has been in talks with Tempest program participants about these capabilities.

Chew, who serves as chair of the Science and Engineering Technology Division of the National Defense Industrial Association, said Assistant Secretary of the Air Force for Acquisition, Technology and Logistics Will Roper and other Pentagon leaders have also been briefed on the technology and expressed interest in it.

“We've done a pretty good job in terms of communicating with the department,” Chew said. “They understand what the payoffs are.”

Cadence has already been tapped to assist the F-35 joint program office, which oversees the United States’ largest fifth-generation fighter initiative, he noted.

Roper sounded gung-ho about digital engineering during a meeting with reporters on the opening day of the Paris Air Show.

“We've been discussing inside the Air Force the need to make our next fighter based on digital engineering from design all the way through manufacturing and into sustainment,” he said. “That production technology may be the most game-changing component if it allows us to move into a different paradigm of doing rapid design spirals and updates.”

“In addition to looking at a lot of classified capabilities we want to give future warfighters, we also want to give manufacturers a different way of making that cutting-edge technology,” he added. “Expect both of those to be part and parcel of what we bring to the table for sixth-gen.”

Chew said Cadence’s emulation technology can help determine if an electronic system will work before they go into fabrication. It can also provide insights into how well they will perform as part of a larger family of systems.

“We can start putting those emulations into the digital architecture and say, ‘Here's how they work together. Or guess what, we have a problem,’” Chew said. “We do it digitally before … they get the prime mission equipment built and put it together and say, ‘Oh my, what happened here?’”

Organizations that become involved with sixth-generation fighter projects, such as the Air Force Research Laboratory, could use the technology to play around with design options, he noted.

“They can start developing what-if scenarios right now on sixth-gen on the electronics — ‘What if we did this, could we do this?’” Chew said. “The nice thing about [it] is that they can do this all via virtual prototyping before they decide to commit to fabrication.”