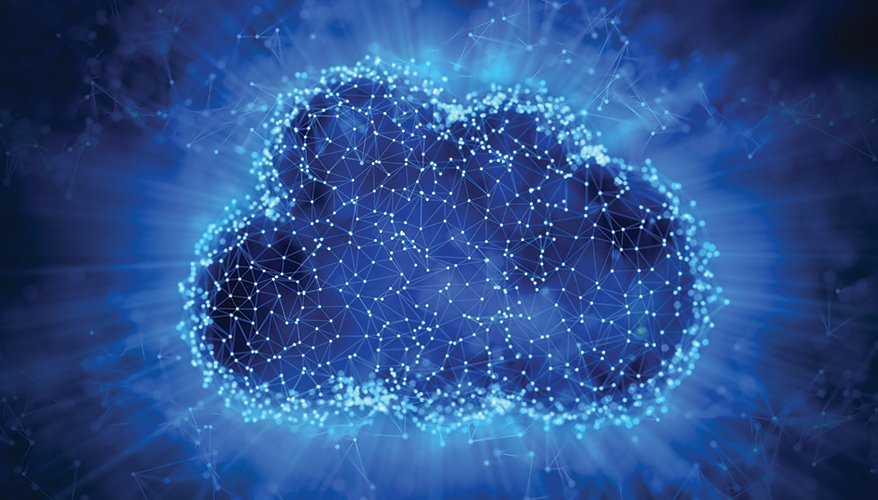 COLORADO SPRINGS, Colo. — With some 1,800 satellites in orbit and their numbers expected to increase ten-fold in the coming years, researchers are planning to demonstrate how Earth-based cloud computing and artificial intelligence can be moved into space for onboard processing.

This has to happen, said Joshua Train, chief engineer for ground and IT in the space systems group at The Aerospace Corp.

“We can’t be wasting all that data transmission time bringing information down to the ground that is not important,” he said during a technology demonstration at the Space Symposium in Colorado Springs, Colorado.

During most of the space age, data gathered in space was transmitted to Earth where a legion of analysts poured over it in order to find what they were searching for. More recently, artificial intelligence has been applied to this problem so machines can sort through the data.

But all that raw information still must be transmitted back to the ground, Train said.

“The problem is that bringing all that data down is not going to scale,” he said.

The increased use of artificial intelligence over the past decade has been enabled by cloud technology, he noted. For AI to work in space, there needs to be cloud computing there.

Aerospace Corp. worked with Intel on an AI computer chip for space that could fit on a cubesat.

Cubesats are small spacecraft used for experiments and normally weigh about 3 pounds.

It plans to carry out what it calls its “goats and boats” demonstration after launching its AI-enabled cubesat in the fall.

The “Space Cloud” will teach the AI while over water to take images only of boats. If it finds this “meaningful data,” it will discard the useless data and transmit only the image or video of the boat to the ground. While over land, it changes its schedule to search for goats. And that’s all it will seek out. It can also be tasked to look at only one region: goats in Australia, for example.

Of course, goats are only a stand-in. Intelligence analysts would substitute them for more interesting objects: tanks or missile silos, perhaps.

If satellites don’t need to expend so much power transmitting unneeded data, they can reduce their data downlinks, mission power systems and solar panels, and therefore the size of the satellite itself, said Mikhail Tadjikov, director of embedded and specialized computing at The Aerospace Corp. As for the server farms used for terrestrial clouds, those would be nodes in a network aboard other spacecraft, he said.

The scheduling software is borrowed from the same Google open source cloud software that moves data around between server farms depending on traffic and other factors.

“We wouldn’t be here today if it wasn’t for the cloud. So instead of reinventing that, we took that cloud technology … and imported it so it can actually work on cubesats,” Train said.

The Aerospace Corp., as a federally funded research-and-development center, isn’t interested in building or marketing a space cloud. But it wants to show industry and government that this is the future, Train said.

“We are taking all these technologies from Silicon Valley and stretching them to space to show what’s possible,” he added.