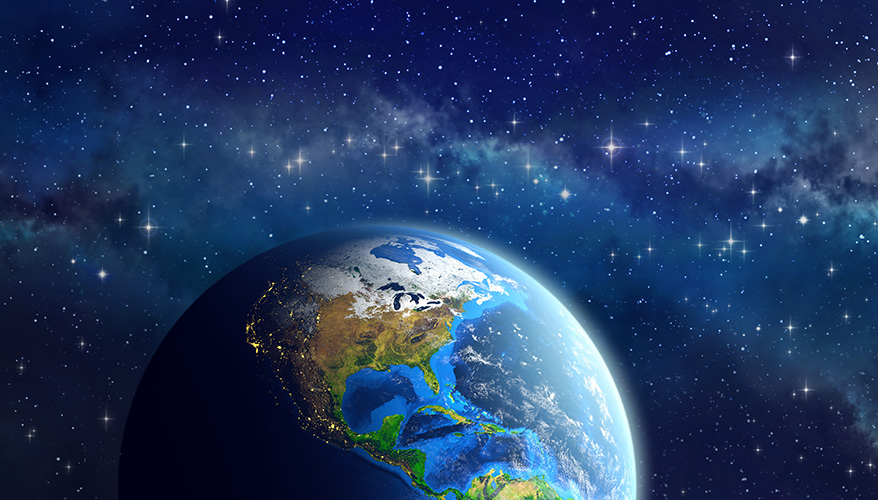 COLORADO SPRINGS, Colo. — It appears the nation will soon have a “unified” space command.

But “unity” wasn’t exactly what those in the audience were hearing at this year’s Space Symposium.

For those who have been living on a desert island for the past few years, the quick summary is this: the Defense Department has declared space a warfighting domain on par with sea, air, land and cyber.

While the rhetoric is new, the notion of space being contested has been around for longer than a decade. Russia and China, with their anti-satellite tests, maneuverable killer spacecraft, GPS-jamming and laser-dazzling got the Air Force to start rethinking how to defend its vulnerable and vital space assets. And rethinking, and rethinking and rethinking. It spent a solid 10 years writing up reports, analyses of alternatives and something it called “pathfinders” that heretofore haven’t led to any new paths. It was the epitome of “paralysis by analysis.”

It was early in the Trump administration when the words “space force” were first being bandied about. Air Force Secretary Heather Wilson and service space officials at the 2018 Space Symposium tried to get out ahead of the criticism of the Air Force’s space acquisition system by announcing the Space and Missile Systems Center 2.0 initiative. The center would be “re-architected” to make it more agile and less bureaucratic. Part of that would be a new missile defense space-based infrared radar program to replace the relatively new system in orbit. This would prove the SMC’s newfound agility as it would be developed within five years, she declared. The restructuring included a “chief architect.”

Too late. By the summer, President Donald Trump in a blow to Air Force pride announced the creation of a separate but equal branch of the military, the space force — pending congressional approval. But as a step toward that, there would first be a unified Space Command, similar in stature to Special Operations Command. This reorganization would not require lawmaker approval.

And finally, the 2020 budget proposal seeks $150 million to stand up the Space Development Agency, which will report directly to Undersecretary of Defense for Research and Engineering Michael Griffin, and operate independently from the Air Force.

Acting Secretary of Defense Patrick Shanahan in a memo establishing the agency gave it wide-ranging powers to create “a national security space architecture.”

Its appointed director Fred Kennedy, the former Defense Advanced Research Projects Agency Tactical Technology Office director, at the symposium laid out his vision for the new organization in his first major public speech since his appointment.

One of the first goals of the new agency will be to create a meshed network of small communications satellites, which will serve as a command-and-control backbone for other programs to come.

That in itself should have been the big news. He is the first official to announce a new military communication satellite program since the Transformational-Satellite program was canceled a decade ago. Kennedy spent some of his time indirectly critiquing the Air Force’s Space and Missile Systems Center and the old ways of doing things. The current system is marked by “profound and pathological risk aversion,” he said.

The new agency will take advantage of the emerging commercial small launch industry to quickly send up masses of small satellites, he said. “This is something, frankly, we should have tried to implement 20 years ago.”

Wilson, perhaps because she had only about six weeks remaining in her tenure, threw a few barbs of her own in her keynote speech. For starters, she quoted the essayist H. L. Mencken: “For every complex problem, there is an answer that is clear, simple and wrong.”

She added: “Launching hundreds of cheap satellites a year as a substitute to the complex architectures ... we provide to the warfighter will result in failure on America’s first day if we rely upon them alone.”

For now, it appears the Defense Department will have two chief space architects and a couple of organizations working to make space systems more agile and protected.
Congress in 2018 renamed the Operationally Responsive Space Office and created the Space Rapid Capabilities Office, which falls under the Air Force.

Air Force Lt. Gen. John F. Thompson, Space and Missile Systems Center commander, in a press briefing said there would be no conflict at all between the Space Development Agency and SMC. Kennedy once worked there, he noted, and he would be invited to all the space architecture meetings.

Then he said: “As you know, there is a tremendous, passionate debate about what architectures are best for the future in terms of space warfighting. … We love that debate.”
After all those studies, there is still an ongoing debate? That is hardly comforting.

Who will ultimately prevail as the “chief architect” of an agile, survivable national security space system? It looks to outsiders like a turf war is brewing with no resolution in sight.