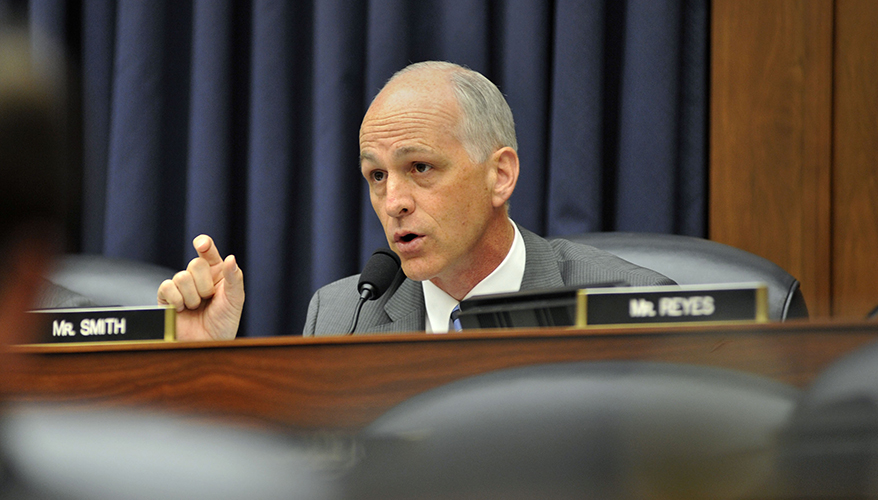 The chairman of the House Armed Services Committee reiterated his commitment to holding a $733 billion topline for the House's version of the 2020 defense authorization bill, which is $17 billion less than the $750 billion proposed in President Donald Trump’s fiscal year 2020 budget request.

“I think we need to have spending discipline within the Pentagon —733 is a good number.” Rep. Adam Smith, D-Wash., told reporters June 10 during a breakfast meeting in Washington, D.C.

Smith said he is “genuinely concerned” that if the Pentagon is given more funds above that number, waste will follow.

“By giving [the Pentagon] more, I think we encourage inefficiency and I think 733 is the right number,” he added. “It's the number we have been planning on for better than a year and I intend to make that argument.”

Although Smith plans to argue for a lower topline than the Trump's budget request, he noted that the majority of the president’s defense budget request is agreeable.

“We have to remember that the overwhelming majority of this bill is incredibly important and not that controversial," he said. "It funds a lot of crucial military construction projects to keep us moving forward on the improvements we've made on readiness."

Other politically undisputed funding within the budget request includes a 3.1 percent pay raise for troops, support for military families with a housing tenant’s bill of rights and funding for 11 new ships, three submarines and two new aircraft carriers, Smith said.

“It funds countless other projects, all of which we agree on," he said. "The amount of stuff that we disagree on is probably about 2 percent of the bill."

Meanwhile, lawmakers from both sides of the aisle on the committee have agreed to language for an amendment that would create the president’s proposed Space Force. The language will be inserted into the House's fiscal year 2020 defense authorization bill through an amendment slated for June 12, Smith said.

“It took a little time … [and] by the time we got to an agreement, it was too late to put it into the original mark,” he said. “We have an agreement on an amendment that will be added during the full committee markup portion.”

The agreement is similar to the plan proposed in the 2018 National Defense Authorization Act, Smith said.

However, the new version enlists only one four-star general to lead the Space Force and less mandatory transfers of personnel into the organization.

“The main difference from the administration’s approach is less bureaucracy,” Smith said.

“I think the Air Force has not done a particularly good job of managing space,” in part because space is a lower priority for the service than nuclear weapons, air superiority, and bombers, Smith said.

"I don’t trust the Air Force, on its own, within its existing structure, to properly prioritize space and I would challenge anyone who is going to argue that point with me,” he said.

Can the Air Force Ditch the Pass-Through Budget?