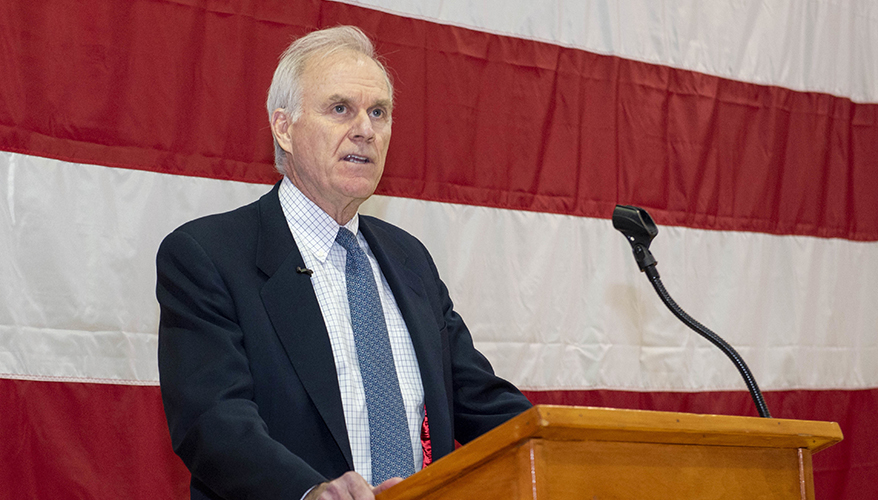 NATIONAL HARBOR, Md. — The Navy is making progress in digging itself out of a readiness hole, but more work remains, the service's top civilian said May 8.

Before leaving office last year, former Secretary of Defense Jim Mattis ordered the Navy, Marine Corps and Air Force to increase the mission-capable rates of their fighter aircraft to at least 80 percent by the end of this fiscal year.

"The mission-capable rates of the Navy [and] Marine Corps F-18s were abysmal at best," Secretary of the Navy Richard Spencer said at the Navy League's Sea-Air-Space conference at National Harbor, Maryland. "As I got together with the air teams, I said that If I was a CEO and this was an airline, not only would I be fired but the shareholders could possibly sue me for malfeasance."

He added: "I am proud to say that today, the Navy is tipping at 70 percent mission-capable availability and the Marine Corps is in the high 70s. We are getting after these issues and readiness increases daily."

The service has an ample budget for executing its vision, but it needs to move faster in meeting its readiness and modernization goals, Spencer said.

“Looking back on the monies that were given to us in the [fiscal year 2017, 2018 and 2019] budget, the weathervanes are all truly pointed in the right direction,” Spencer said. However, he said he is still ”frustrated a bit with the velocity" of progress.

"We must execute this vision … with truly a sense of urgency,” he told industry leaders at the conference. “We have the money [but] we do not have the ability to buy time.”

The United States' national defense strategy describes the international security environment as more complex and volatile than it has been in recent memory, he noted. The Pentagon now has a renewed focus on preparing for great power competition with advanced adversaries such as China and Russia.

“We cannot answer this challenge under the banner of business as usual. We must be accountable for how and where are we investing,” Spencer said. "The Department of the Navy's ongoing focus is on speed, value, results and partnerships,” he added.