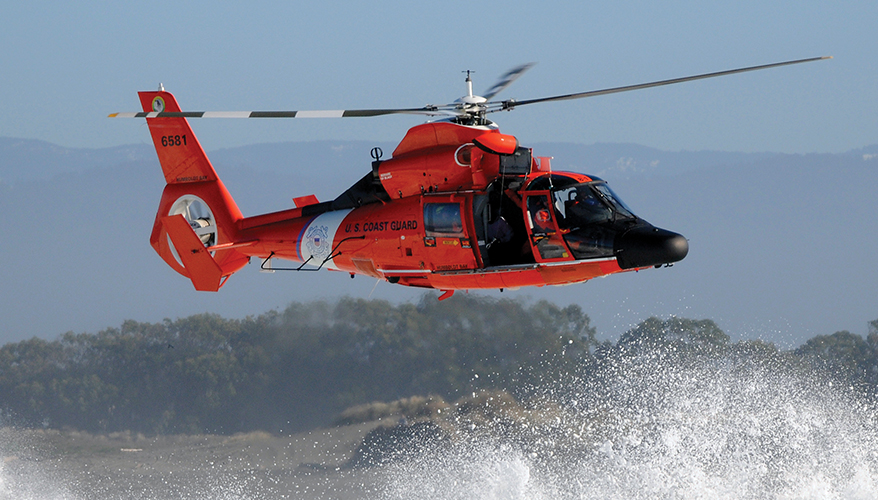 President Donald Trump’s fiscal year 2020 budget request would slash funding for the Coast Guard, but there are indications that Congress might provide the sea service additional money for modernization and readiness.

The 2020 presidential budget calls for $11.3 billion for the Coast Guard, about $700 million less than enacted for 2019, and $1 billion less in discretionary funding.

The procurement, construction and improvements (PCI) account would see an even bigger cut, dropping to $1.2 billion, more than $1 billion less than it received for 2019, and about $550 million less than Trump requested for 2019. Coast Guard leaders have said they need at least $2 billion per year in acquisition funding to modernize the force.

The president’s 2020 fiscal blueprint would allocate $721 million in PCI accounts for vessels, $199 million for aircraft, $173 million for shore facilities and federal aids to navigation, and $69 million for other acquisition programs, according to budget documents.

“Looking to the future, the key is stable and predictable funding for our acquisition programs in order to continue to meet delivery milestones,” Commandant Adm. Karl Schultz said in his annual state of the Coast Guard address in March shortly after the president’s budget was released.

During a Senate Appropriations subcommittee hearing Schultz noted that the Coast Guard — which is part of the Department of Homeland Security even though it’s an armed service — has been disadvantaged.

Unlike the other armed services, “Coast Guard funding is categorized as non-defense discretionary, which means we were excluded from the focused effort to rebuild our military and continue to find ourselves on the outside looking in when it comes to … plus-ups” in budget requests, he said.

A key lawmaker suggested that the sea service might indeed get a boost from the Hill.

“This budget is dead on arrival, since Congress will not sustain these cuts” to the Coast Guard, he said during an April hearing.

In recent years lawmakers have funded the sea service at higher levels than requested by the Trump administration. For 2019, Congress provided just over $12 billion, about $580 million more than the president’s proposal.

Seth Cropsey, director of the Hudson Institute’s Center for American Seapower, said the Trump budget falls short, and he’s optimistic that Congress will appropriate more than was requested.

“There’s been consistent bipartisan support for the Coast Guard, and the Coast Guard has a perfectly intelligible and sensible justification for the increases that they need in their procurement, construction and improvement accounts,” he said. “I expect that Congress will do the right thing here.”

While the service didn’t fare well in the 2020 budget submission, there has been good news for one of its top modernization programs — the polar security cutter. In late April, the Coast Guard and Navy — through an integrated program office — awarded a $746 million contract for non-recurring engineering and detail design and construction of the first ship. It includes options for the construction of two additional icebreakers. The contract could be worth up to $1.9 billion if all options are exercised.

The Coast Guard aims to acquire at least six new icebreakers to help it operate in the Arctic where the service faces increasing operational requirements, as well as challenges from great power competitors Russia and China.

Increasing commercial activity and the presence of mineral resources all point to the region as an area of growing interest for the United States, Cropsey said, and the Coast Guard is well suited to protect that interest. The awarding of the polar security cutter contract is “a victory for the security of the United States as the Arctic warms,” he said.

Block Buy of Icebreakers Could Save Money