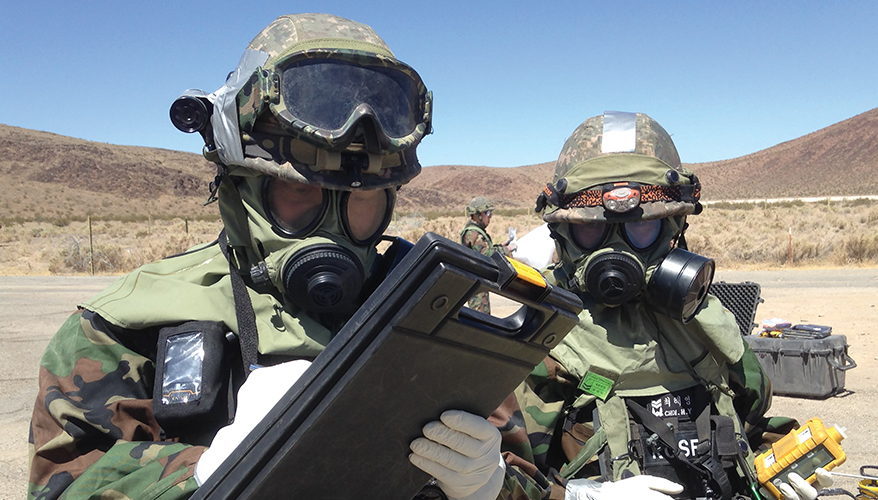 A handheld system able to detect a wide-range of hazardous material will soon be deployed globally as part of the Army’s updated dismounted reconnaissance sets, kits and outfits program.

The Rigaku Progeny ResQ — which is built by Wilmington, Massachusetts-based Rigaku Analytical Devices — is a portable spectroscopic analyzer that can be used to analyze liquids, pastes, powders and gels, said Nancy Otto, the company’s North America director of sales, safety and security markets.

The technology is able to identify hazardous chemicals that are inside of a container without having to remove them, she said. “It can keep the user safe from harm from exposure to potential hazards because they’re not opening the container and taking the sample out to analyze it,” she noted.

The device has a library of approximately 13,000 chemicals and compounds that can be identified including explosives, narcotics, toxic chemicals and chemical warfare agents, Otto said.

The product went through rigorous testing to get on the list for approved equipment for the Army’s program, Otto said. “This was a two-and-a-half-year program of evaluation for us to be approved,” she added.

The dismounted reconnaissance sets, kits and outfits program is a family of sensors, protective suits and other products that give soldiers the tools they need to help them detect and isolate chemical hazards in the field, according to the Army.

The analyzer will be put into service kits that go out into the field. Orders began in January, Otto said. The Army plans to put together hundreds of kits.

The company was founded in 2011. The product the Army recently ordered has only been on the market since 2015.

The Progeny ResQ is also offered commercially and was not originally designed for the military. No modifications were made to the product before the Army acquired it, Otto said.

Rigaku originally started by marketing its products to pharmaceutical companies, but it now sells them to a wide variety of safety and security customers, she said.

“We sell to a lot of the hazmat teams, the FDA, the FBI — a lot of federal agencies,” Otto said. “It has a wide range of applications across the safety and security agencies.”­

Correction: This story has been updated to correct the name and location information for Rigaku Analytical Devices, and Nancy Otto's job title.