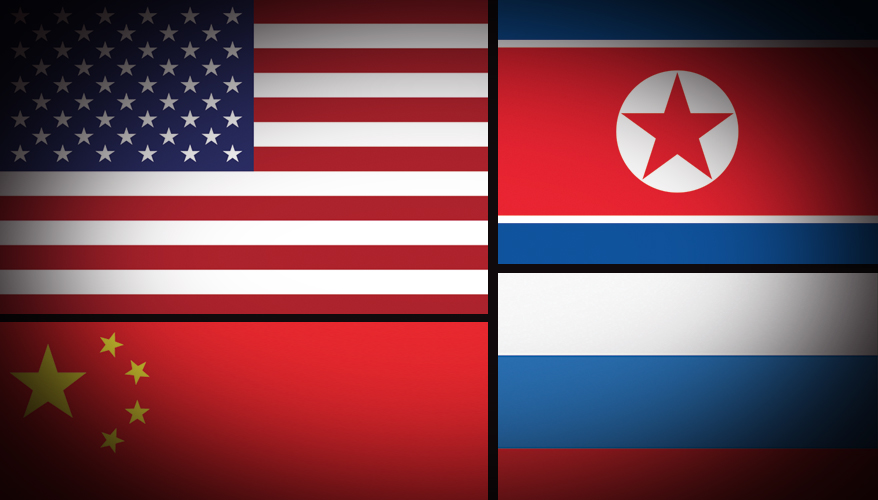 This is part 3 of a 4-part special report on space-based interceptors.

“If the U.S. decides to field space-based interceptors, it will upset the status quo by breaking with the taboo of weaponizing space,” International Institute for Strategic Studies analysts Michael Elleman and Gentoku Toyoma said recently in a policy paper. “Such moves could provide a rationale for other actors to exploit this domain, creating an arms-race dynamic among major space powers.”

The introduction of anti-satellite weapons, or ASATs, by other nations would likely follow, they predicted.

Frank Rose, a senior fellow for security and strategy at the Brookings Institution, said Russia and China see space-based missile defenses as an existential threat.

Kingston Reif, director of disarmament and threat reduction policy at the Arms Control Association, said the deployment of interceptors in space would be a disaster for strategic stability.

“To ensure the credibility of their nuclear deterrents, Russia and China would likely respond by building additional and new types of long-range ballistic missiles as well as missiles that fly on non-ballistic trajectories,” he said in an email.

Russian President Vladimir Putin has been touting his country’s development of new long-range, highly maneuverable nuclear-capable hypersonic missiles that can fly at speeds of Mach 5 or faster while staying inside the atmosphere. China is also aggressively pursuing hypersonic weapons, Pentagon officials have noted.

“From a Russian or Chinese perspective, even if our system is really only intended to counter North Korea or Iran, they may look at it and say, ‘Hey, it could be [used] against some of our missiles.’ And then we would argue back and say, ‘Oh, but it would not be able to intercept the vast majority of your missiles.’ And both sides would have a point,” said Todd Harrison, director of the aerospace security project at the Center for Strategic and International Studies.

Additionally, the weapons could potentially be viewed by other nations as giving the United States a new means of taking out their satellites or space launch vehicles, Harrison noted.

President Donald Trump recently stated that the overarching U.S. goal for missile defense is to be able to destroy any missile launched against the United States “anywhere, anytime, anyplace” — a comment that is unlikely to reassure Russia and China that a space-based interceptor layer would be limited and not directed against them.

Thomas Roberts, a missile defense expert and program manager at CSIS, said because of orbital requirements and physics, it’s impossible to design an architecture that would protect against a North Korean attack but not pass over China or the southern regions of Russia.

Reif said Russia and China could take steps to improve their ability to destroy such U.S. interceptors, thereby greatly increasing the threat to the nation’s space assets.

There are several varieties of ASAT weapons, such as direct-ascent, co-orbital, non-kinetic, jamming and cyber, Elleman and Toyoma explained.

Some of these technologies are not prohibitively expensive or too technologically advanced for multiple nations to obtain, they said. “Because the interceptors must orbit at low altitudes of 200 kilometers or less when above the anticipated launch location, and because they travel along predictable orbits and can be easily tracked using radars, an adversary capable of developing long-range missiles could almost certainly build a ground-based ASAT weapon.”

Pentagon officials have already identified space as a warfighting domain on par with land, air, sea and cyber. The 2019 Missile Defense Review noted that China and Russia are already developing new types of offensive missiles as well as counter-space capabilities such as ground-launched missiles and “experimental” satellites that could potentially be used to attack other nations’ spacecraft.

“Some may argue that the weaponization of space is inevitable given the number of countries interested in accessing and exploiting this domain,” Elleman and Toyoma said.

“The U.S., according to this argument, should take the lead and advance its interests before its adversaries decide to take advantage of a reluctant America. … [However], the risk that space-based interceptors could lead to a new arms race in space should be considered carefully.”

While countries like China or Russia may take countermeasures if the United States deploys a robust space-based interceptor layer, Harrison does not expect them to develop a similar system because of the cost burden and other challenges. “I don’t know why they would because if it’s not a good idea for us, I don’t think it’s a good idea for them either,” he said.

Part 2: The Legacy of the Strategic Defense Initiative

Part 4: The Pentagon Could Put Directed Energy Weapons in Space

SPECIAL REPORT: The Legacy of the Strategic Defense Initiative

An issue not discussed about space weapons stems from one’s imagination and smarts. Space lasers, kinetic interceptors, railguns, “Rods from God,” and other space weapon ideas are old---they date back to the SDI Reagan Era of the 1980s, over 30 years ago. Those were the concepts and pretty Sci-Fi for the time due to technology and engineering. They were meant to be precise hit-to-kill countermeasures against ICBMs and missiles.
Humanity has gotten a lot smarter and technology has advanced rapidly. The main fear is what if some nations think of a space (terror) weapon that no one has ever thought of? Would any nation even know what this new space weapon would be and do? See, the above examples are “clean” weapons of precision, but if a nation deploys “dirty” space-based weapons (like nuclear, biological, and chemical) to mass kill, then Humanity would be in immense trouble with these weapons in outer space floating over our heads 24/7. Hence, treaties should still remain firm that ALL of Earth’s nations should ban ALL space weapons, or at least make them ALL “clean energy” or conventional precision weapons so that a satellite weapon’s malfunction would not cause a “dirty disaster” in space hanging over our heads with no means of rapid and total cleanup.