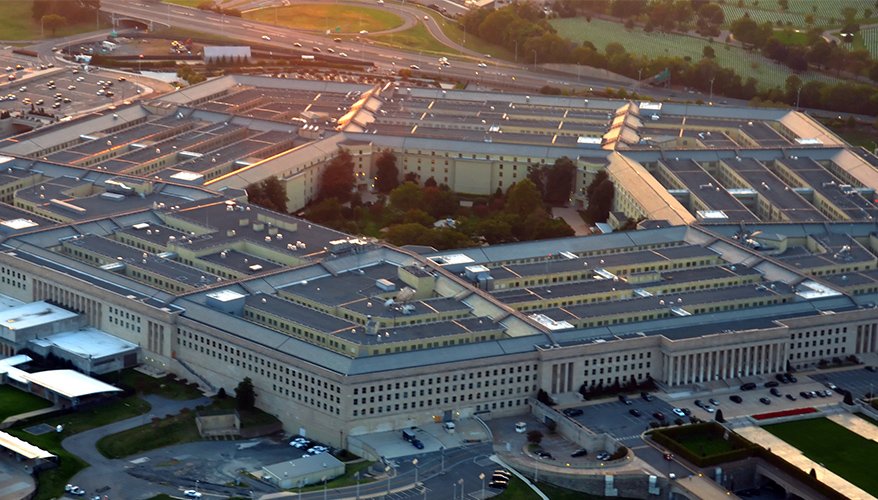 Due to a publishing deadline, we didn’t have the opportunity to analyze what readers of National Defense will have already seen in the details of the administration’s budget proposal. We can say the proposed $750 billion topline number for defense is a good next step in the long process of regaining military readiness while investing in modernization and recapitalization.

By all accounts that topline includes needed investments in personnel, training, research and development, acquisitions and sustainment. But that topline and its passage by normal order face significant headwinds, making last year’s example of normal order an anomaly. These headwinds could delay authorization and appropriations that, at best, would return the Defense Department to operations under wasteful continuing resolutions or, worse, another government shutdown. Either outcome imperils recent readiness gains and significantly disrupts service plans, while instilling more uncertainty for the defense industrial base upon which warfighters depend.

The headwinds facing the normal-order passage of the National Defense Authorization Act and the defense appropriations by the first of October begin with the lack of a bipartisan budget agreement setting agreed upon toplines for defense spending and domestic discretionary spending. The lack of such an agreement means that if either of those two broad categories of spending exceed ceilings laid out in the 2011 Budget Control Act, then automatic, across-the-board spending cuts, known as sequestration, are implemented without regard for or consideration of priority, need or strategy — essentially cuts made by a meat cleaver rather than a scalpel.

Warfighters are still dealing with the consequences of the 2013 sequester, broad cuts that grounded Air Force squadrons, caused Army readiness to plummet, and deferred Navy ship maintenance. Politicians never expected sequestration to take effect because projected outcomes created so much carnage — Democrats and Republicans would find a way to create and pass a “Grand Bargain” to reduce deficits through spending cuts and revenue increases.

Instead, the budget process became a game of chicken with neither side swerving, and the nation lost when sequestration hit. Unfortunately, we seem headed toward another game of chicken as each side stakes out a collision course on budget caps with warfighters and U.S. national security getting crushed if politicians don’t swerve to avoid a crash.

In an effort to stay below the BCA’s 2020 spending cap, the administration’s budget, despite having a wholly appropriate ultimate topline, gets there through an aggressive use of overseas contingency operations funding. Because they are intended for use in wars and other crises, these funds do not count against spending caps. In the fiscal year 2020 budget, OCO has essentially incorporated all operations and maintenance funding — the money used to pay for training, fuel, parts, upkeep, etc. This funding builds and maintains force readiness, allowing the services to continue ongoing operations, deter competitors and prepare to respond to global threats.

Pushing operations and maintenance funds from the baseline to OCO is the least harmful strategy to maintain sufficient funding levels without busting budget caps because it preserves multi-year resources to do the critical research, development and testing; recapitalization; and modernization forces require to maintain the capability advantages this nation has against competitors.

But this budgetary strategy will likely meet with congressional opposition, both from some fiscal conservatives who see OCO as a Defense Department slush fund, and from Democrats who argue for budget parity between domestic discretionary and defense funding.

With the threat of another government shutdown, legislators looking to increase non-defense spending have few incentives to separate appropriations and lose the leverage they have in holding defense appropriations until Congress reaches an overall agreement on full government funding. These potential gale-force headwinds reduce the likelihood of this defense budget clearing Congress and getting signed into law before the start of the next fiscal year.

With sequestration remaining the law of the land, only another stopgap bipartisan budget agreement resetting the caps to realistic toplines will maintain the gains made during the last two years and allow for the services to build on those investments.

Fundamentally, the 2011 Budget Control Act increasingly distorts the budgetary process at the expense of the warfighter and national security. This law incentivizes the movement of required annual defense resources into an OCO account never designed or envisioned to pay for day-to-day operations. Established to pay for the unforeseen contingency operations following 9/11, its growth masks what should be growth in base funding, especially as overseas contingency operations diminish.

The longer Congress avoids the hard discussions, compromises and decisions necessary to sufficiently and adequately fund the 2018 National Defense Strategy, the harder it will be for defense and service programmers to effectively and efficiently prioritize and sequence into a normalized budget that delivers decisive advantage for warfighters and enables longer-term planning for the defense industrial base.

The Budget Control Act has failed to drive a fiscal “Grand Bargain” and rein in deficits while stifling debate on much needed fiscal reforms. Finally, it has driven inefficiency into military planning and programming, reducing capability, capacity and readiness while driving up costs due to uncertainty and annual churn about which programs to fund and which programs to cut or eliminate.