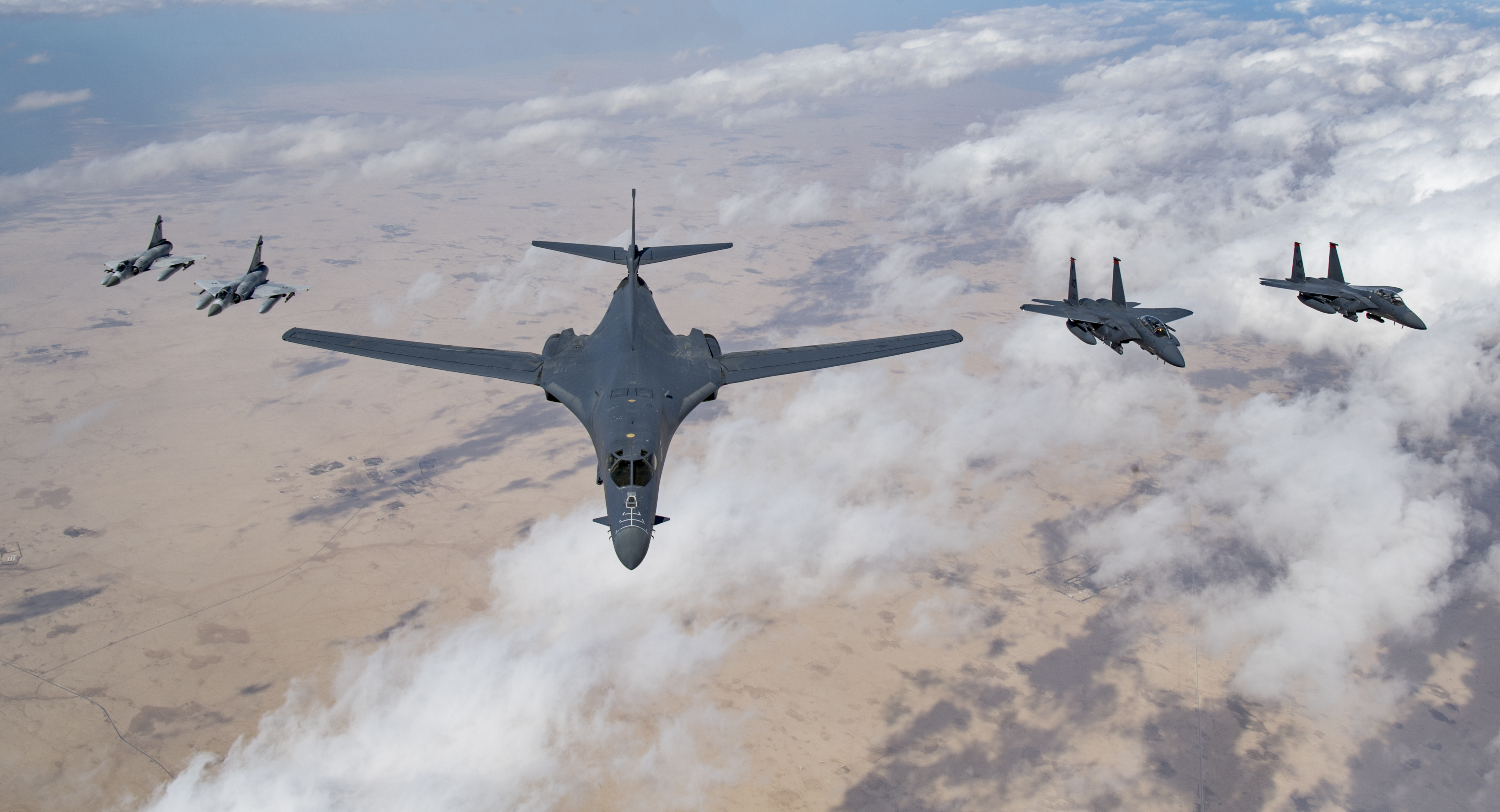 The Air Force continues to inspect its B-1 bomber fleet due to safety concerns associated with the aircraft's drogue chute system, the head of Air Force Global Strike Command said April 17.

Worries about the system — which helps separate airmen from cockpit seats so they can parachute if they need to eject — prompted the Air Force to order a safety stand-down and stop flying the bombers in March.

“Every aircraft needs to be inspected,” Gen. Timothy Ray said to reporters at a breakfast in Washington, D.C. “There's no shortcuts on that. … This is going to be a slow and steady process.”

Besides smaller maintenance issues “here and there,” Ray said inspectors have not found any other significant problems with the egress system. Each aircraft takes about seven to 10 days to inspect, he noted.

The Air Force is examining the entire egress system within the aircraft, according to a service announcement in March. Potential fleet-wide problems with the rigging of the drogue chute were found during a routine inspection.

The B-1 Lancers have already been “overextended” and extensively used by Central Command, which oversees U.S. military operations in the Middle East, Ray noted. The wear and tear on the platforms have been sustained as the Air Force is turning its focus to preparing for potential high-end conflicts with advanced adversaries such as Russia and China. However, fixing the Lancers is not expected to be as costly as previously predicted, he said.

“There's going to be a great deal of investment that's required in time and energy,” Ray said. But “I don't believe the fixes and the repairs are going to be as expensive as was once believed. I think we've got the right folks asking the right questions for the B-1.”

The Air Force is also examining how many Lancers it will keep in its fleet as it prepares to modernize its equipment. The decision is expected to be made in the early 2030s, he noted.

The safety concerns with the B-1 have arisen while the Air Force is pushing to grow its bomber fleet.

Ray said the service’s current plan includes procuring a minimum of 100 B-21 Raiders, but that those numbers are likely to increase as the service continues to examine its force structure and work to meet the demands of the national defense strategy. Secretary of the Air Force Heather Wilson last year cited the need to add 74 aircraft squadrons including five additional bomber squadrons by 2030.

“I agree philosophically with the need to grow. We don't enjoy the sanctuary that we did, and so our ability to project power ... just grows more important.” Ray said. “Every indication is the Air Force will be at the forefront of any conflict of any dimension.”

Part of this modernization push includes developing the B-21 stealth bomber. First flight is the next milestone for the program, Lt. Gen. Arnold Bunch, military deputy in the office of the assistant secretary of the Air Force for acquisition, told lawmakers at a Senate Armed Services airland subcommittee hearing earlier this month.

Last month, the Air Force announced that it picked Ellsworth Air Force Base, South Dakota, as the location for the first B-21 unit. Next in line to receive the plane are Whiteman Air Force Base, Missouri, and Dyess Air Force Base, Texas, according to a press release. Delivery of the first new bomber is slated for the mid-2020s.