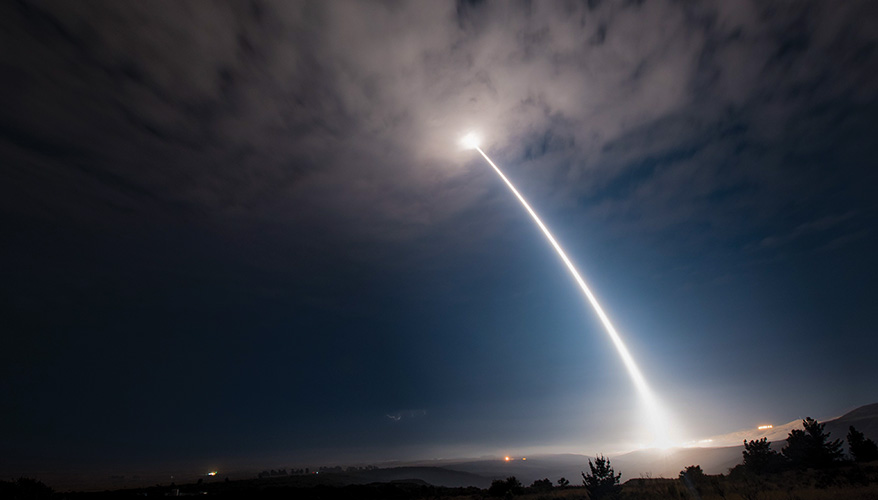 The program to replace aging Minuteman III intercontinental ballistic missiles could be trimmed as lawmakers try to shave costs from the U.S. nuclear arsenal, according to officials and analysts.

Defense officials say the new Ground-Based Strategic Deterrent, or GBSD, is needed as legacy systems become more difficult and expensive to maintain. But the new ICBMs are viewed by many observers as the most likely component of the nuclear triad to be cut by policymakers who seek to rein in the growing costs of the nation’s strategic weapons.

“We need to modernize our nuclear force and our nuclear deterrent — that’s not debatable,” House Armed Services Committee Chairman Rep. Adam Smith, D-Wash., said at a recent conference hosted by McAleese & Associates and Credit Suisse. “The question is how much do we spend?”

The Congressional Budget Office has estimated the total cost of the strategic arsenal will be $325 billion between 2019 and 2026, with the annual bill further increasing in subsequent years as the Pentagon fields next-generation systems.

“We can save money on the nuclear deterrent,” Smith said. “We can’t do everything we’re contemplating doing.”

The United States can get by with fewer nuclear warheads and delivery systems, he said. “The ICBMs are the least survivable, so it seems like that would be the place to cut.”

James Acton, co-director of the nuclear policy program at the Carnegie Endowment for International Peace, noted that the Defense Department is facing a “bow wave” of expenditures on strategic forces.

As concerns about the budget deficit grow in the coming years, “there are going to be real tradeoffs that are going to have to be made,” he said during a panel at the Heritage Foundation.

Submarines and stealth bombers are less vulnerable to enemy attack than ground-based missiles, and ICBMs are “virtually useless from a signaling perspective,” he said.

“Given the budgetary pressures … the tradeoff is most likely to be with the ICBM force,” Acton said. “Deciding to … make those tradeoffs now is almost certainly a lot more cost effective than being forced to make them 10 or 20 years from now” after large investments have already been made in the GBSD, he added.

Re: Minuteman III Replacement Could Fall Under Budget Ax

Disagree, GBSD is necessary. Minuteman was key for deterrence but has been bled dry for other programs.9HHX9K