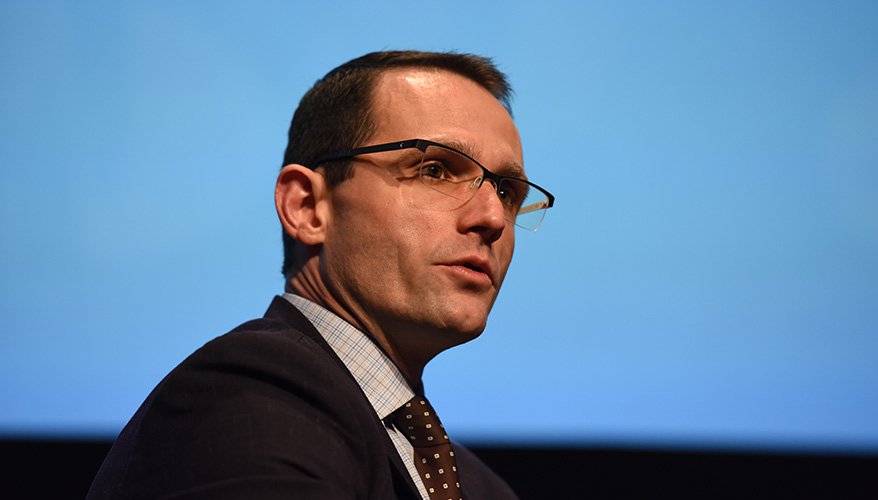 The Air Force’s model for procuring new major systems such as aircraft and spacecraft once every decade or two is harming the defense industrial base, but digital engineering could help mitigate the problem, the service’s acquisition chief said April 12.

“We're down to just a few tactical aircraft manufacturers," Will Roper noted during remarks at an event hosted by the Mitchell Institute for Aerospace Studies in Arlington, Virginia. “We once had dozens. That tells us that we need to check ourselves and come up with a new model" for doing business.

A major factor constraining the industrial base is that technology development and maturation can often take years before a product is ready, leading to long acquisition timelines and contracts being awarded once every decade or two, he said.

“That is not enough competition to keep multiple ... [companies] in the market and certainly not enough to encourage new entrants,” he said. “I am really worried that we're about to collapse our defense industry base to a Monty Python-esque single defense prime that competes military departments for its services.”

Historically, the Pentagon’s acquisition apparatus has used engineering processes that are document-intensive and stovepiped, which can lead to “extended cycle times with systems that are cumbersome to change and sustain,” according to the Defense Department’s digital engineering strategy that was released last year.

By moving toward a digital, model-based approach, the department could shake up its acquisition system, the strategy said.

“Digital technologies have revolutionized business across most major industries, and our personal life activities,” the strategy said. “Through increased computing speed, storage capacity and processing capabilities, digital engineering has empowered a paradigm shift from the traditional design-build-test methodology. This approach can enable DoD programs to prototype, experiment and test decisions and solutions in a virtual environment before they are delivered to the warfighter.”

Noting that digital engineering is becoming a buzzword around the Pentagon, Roper said it could be a true game-changer for the future of the Air Force. “It might be the biggest technology that affects our warfighting lethality on my watch in this job and maybe for my successors,” he added.

Digital engineering is often thought of as “super modeling,” he noted. The approach is currently used on major programs such as the ground-based strategic deterrent where it has been very successful.

“If you go out to our ground-based strategic deterrent program, they can sit you down in what we call ‘The Sandbox,’” he said. “We're not using paper documents in that program. Everything is in this live environment and you can ask them to do a requirements change to that program, and they can instantaneously output the performance and the cost at the lifecycle level, and [they] can do that about 2 billion times in a day.”

Roper noted that engineers have the ability to model almost any permutation of a product.

The approach is also being used on other programs such the development of new A-10 aircraft wings, he added.

“We're starting to rotate some of our junior acquisition professionals through these programs so that as they become our leaders, they think, 'This is how I need to govern my program,’” he said.

Roper said observers shouldn't be fatalistic about sectors of the industrial base shrinking.

“We've gotten so accustomed to it shrinking, I think we accept that it's like the inverse of entropy in the universe — entropy will always go up and the defense industrial base will always come down,” he said. “That isn’t the case.”

Re: JUST IN: Air Force Acquisition Chief: Digital Engineering Could Improve Health of Industrial Base

Roper is a genius The unspoken side effect is that other players, either national or foreign corporates, will be mostly shut out of that.