Space Force Has a Tough Problem to Tackle 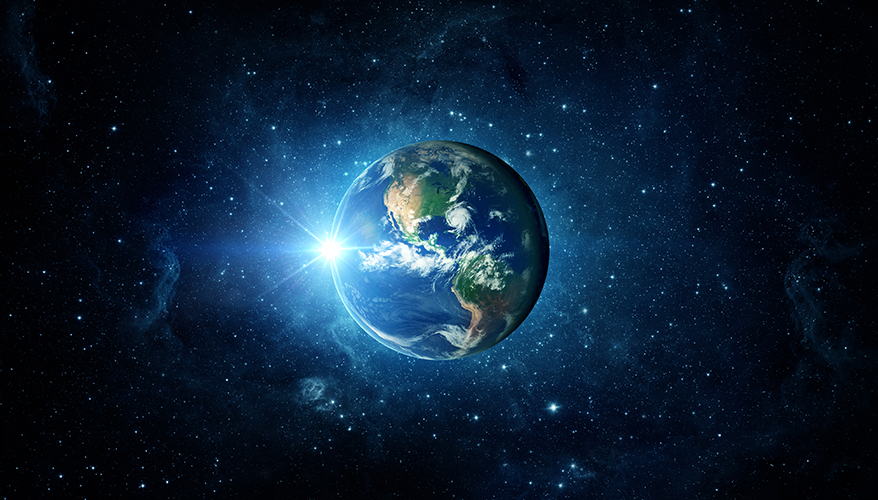 (Queue up the dramatic music.)

Able to lead the free world in space and counter rivals Russia and China!

Able to align the development and fielding of satellite systems with their corresponding Earth-based terminals in order to deliver efficiencies to warfighters and savings for taxpayers!

Hey, wait. What was that last one?

That last one has been a problem with military space systems since their beginnings.

The basic problem is that the Air Force — and for one notable Navy communications satellite — develops a new state-of-the art space system, launches the platforms into space, but the terminals and ground stations that connect them to aircraft, ground vehicles and ships have not yet been fully fielded. The individual services are responsible for developing and fielding these terminals, not the Air Force space enterprise, which just builds the satellites and contracts with a company to launch them.

This lack of synchronization has cost the military dearly over the years and it’s a problem no one ever seems to claim as their own or has taken a serious whack at solving.

Maybe this is a job for the proposed United States Space Force!

Of course, to solve a problem, there has to be some admission that there is a problem. National Defense has brought this conundrum up at press conferences over the years, but has never heard an official admit that what they have is basically an orbiting white elephant — at least until the services get around to fielding their terminals.

“Well, we have added a legacy payload to the new spacecraft so warfighters can connect their old radios to the new satellite,” they answer.

But the taxpayers didn’t pony up $489 million, or so, per satellite to send 1970s era technology into space.

Another factor to consider is that satellites have finite lives. Space is a harsh environment and the wear and tear means they last 10 or 15 years. Occasionally, they survive a little longer, but the Air Force just can’t pull them out of service, send them to Tobyhanna Depot, clean them up and launch them out again. If the terminals arrive four years late, those are years the operator will never get back and are ultimately a waste.

And, by the way, putting a satellite into “cold storage” and waiting for the terminals to be fielded is an equally expensive proposition, experts have said. So that’s just as wasteful.

Examples of this problem abound. The most infamous recent example is the Advanced Extremely High Frequency strategic communications satellite and the Family of Advanced Beyond-Line-of-Sight terminals.

The six-year Boeing FAB-T program extended to 10 years, cost the Air Force some $4.6 billion, and it had to pay another $300 million to bring in Raytheon as a second contractor.

Meanwhile, the satellites themselves had their own delays, which might have turned into a happy accident if they had both arrived late at the same time. But that wasn’t the case.

And that was an Air Force satellite and an Air Force terminal program. Coordination is all the more challenging when the terminal’s program manager is with the Army or Navy.

These PMs don’t answer to, or have accountability with, the Air Force.

And this problem is happening now right before everyone’s eyes with the GPS III system.

The Air Force launched the first of the next-generation precision navigation and timing satellites in December.

Not long after, the “Fiscal Year 2018 Director of Operational Testing and Evaluation Annual Report” said, “ground control delays will limit adequate and timely operational testing for the full capabilities of GPS III satellites prior to extensive procurement and incorporation of the satellites into the operational constellation.”

That would be the troubled OCX ground control system, which has been a hot mess for several years.

As for the space-enabled devices, similar to terminals, it’s the same old song.

The Military GPS User Equipment (MGUE) Increment 1 circuit cards, which are needed to update and connect GPS-enabled devices to the constellation of next-generation GPS satellites, will apparently be delayed as well.

“The MGUE program continues to face challenges implementing the new technology, resulting in repeated delays to development of final software and hardware builds by all three MGUE vendors,” the annual report said. The GPS III constellation is still being built out. It remains to be seen if the infrastructure supporting it will be ready when it is.

On March 12, Acting Defense Secretary Patrick Shanahan issued a memorandum for establishing the Space Development Agency. One of its missions is to “accelerate the development and fielding of new military space capabilities necessary to ensure our technological and military advantage in space for national defense.”

It’s hard to see that happening when satellites are launched that can’t fully connect to anyone or anything on Earth.

The memorandum doesn’t spell out that it will put the technology required to have a functioning space system all under one roof — the spacecraft, the ground control stations and the terminals — but that should happen: one program manager accountable for all.

That isn’t necessarily a panacea — delays developing advanced technologies are almost inveitable — but it might go some way to solving the problem of orbiting white elephants.