The Case for Women Entering a Draft 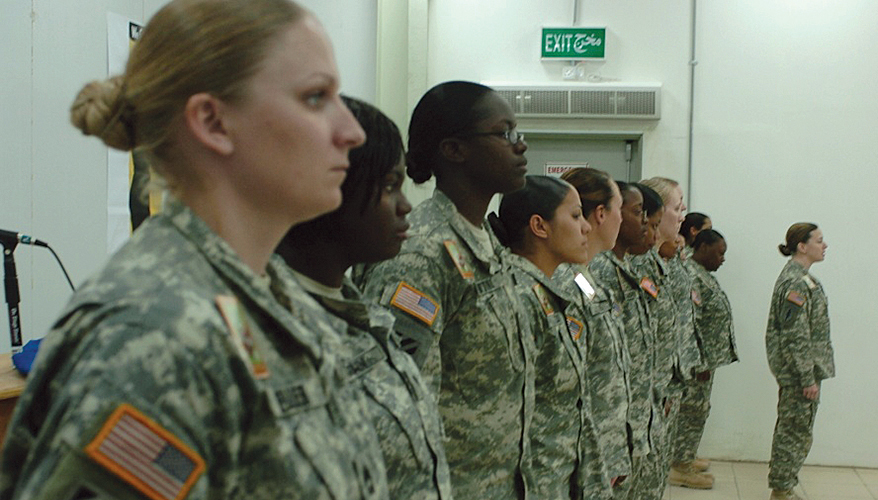 Selective Service law requires male U.S. citizens and male immigrants — documented and undocumented — to register for the draft within 30 days of their 18th birthday.

Failure to register disqualifies men from receiving federal student aid, federal job training or a federal job. The government can also prosecute men who don’t register with a potential fine of $250,000 and up to five years in prison.

As the Pentagon integrates women into every job in the military, the necessary next step is to amend the law to require women to also register with Selective Service, ensuring any future draft will fairly affect all eligible U.S. citizens, regardless of sex. The arc of American history and the democratic experiment is to get ever closer to the ideal that “we the people” are all “created equal” enjoying the rights and responsibilities of being American. The defense of the nation is one such responsibility all should share.

Selective Service plays an important role in national security; it provides the Defense Department with a “running start” obtaining the personnel necessary to fight during a major theater war. Some argue the draft is an anachronism, saying the nation will fight any future battles with a better trained, highly-committed all-volunteer force. However, the current active and reserve Army — approximately 2 million soldiers — is 25 percent of the 8.2 million soldiers serving at the end of World War II. Notably, of all the servicemen who participated in World War II, 38.8 percent, or 6.3 million, volunteered and 61.2 percent, 11.5 million, were drafted.

Almost certainly in a major theater war, after mobilizing the Guard and Reserve, the Pentagon would ask Congress to reinstitute the draft. When that happens, the department will depend on Selective Service to rapidly mobilize personnel. According to Selective Service officials, the current system would begin supplying inductees within 193 days of activation. If the U.S. deactivates Selective Service, it would take 920 days to begin augmenting the services. Ultimately, the nation maintains the Selective Service for the same reason people buy life insurance: they buy it hoping they will never need it. When they do need it, they have missed the opportunity to buy it.

When rescinding the prohibition on women in combat in January 2013, Defense Secretary Leon Panetta said, “The department’s goal in rescinding the rule is to ensure that the mission is met with the best-qualified and most capable people, regardless of gender.”

This should be the department’s goal under all circumstances, but especially in an existential conflict. In a large-scale war — the type of conflict most likely to require reinstitution of a draft — America will need its best, brightest, strongest, fastest, most capable citizens to serve in positions throughout the military, from cyber warriors to fighter pilots to infantry to finance. Excluding half of the population from mandatory service downplays women’s current and potential contributions and retains women in a status fundamentally unequal to their male counterparts.

Perhaps some opponents, consciously or unconsciously, oppose women’s registrations because it is a tangible sign of equal citizenship, of women assuming the same burden to protect and defend the Constitution as their male counterparts have done since America’s founding. But women have served effectively both secretly and openly in every conflict America has fought. With women now allowed to serve in every military position, no logical basis exists to exempt them from the draft. Women should be exposed to the same responsibilities of service as their fellow male citizens.

There’s a fundamental dissonance between pursuing equal opportunity and being unable to bear equal responsibility. Throughout the past 100 years, women have worked hard to expand their rights and opportunities in American society. Exposing female American citizens to the draft ensures an equal sharing of citizenship’s burdens.

When explaining their motivation to volunteer, servicemembers like to remind each other freedom isn’t free; defending our way of life has demanded sacrifice from each generation of Americans. Women fought hard through the 20th century and into the current century to gain equal rights, to equally benefit from the freedom and opportunity America offers. Women cannot attain full equality until we fully share the burdens of defending America’s freedom and opportunity.

Re: NDIA Perspective: The Case for Women Entering a Draft

Just because something is legal does not make it morally acceptable. Ms. McCaffrey argues that because women are eligible for DoD service, that the "necessary next step" is to include them in the draft; I disagree. This is flawed logic and socially irresponsible. While I understand that all people are created equal and are treated with equal legal protection in the United States, males and females are physically and emotionally different and have unique societal functions. As a male, a combat veteran, and a father (who recognizes that I cannot be a mother), I stand against the regressive belief of forcing "sameness", that all females SHOULD do all the jobs that a male has historically accomplished. As a Marine, I was very impressed by the women who voluntarily served and respect their ability to do so; however, that in no way equates to a mandate for ALL women to serve. As a society, we do not want our daughters and wives torn from their family and forced into violent situations which WILL be encountered in warfare. As a parent, I do not want ALL my children subject to a draft. While I have no desire to send my son to war and see him suffer death, PTSD, and/or disfigurement, my son, and not my daughters, is better equipped physically and mentally to handle combat. Mandating male service is an acceptable contract between the government and the people it serves; mandating female military service is neither moral, palatable, nor socially responsible. In my conscious opinion, pursuing the option of a female draft is an absolute NO for me. Men need to make the decision to accept responsibility and protect our society; do not allow our beloved women to be conscripted and sent into these situations against their will. If eligible military population is a concern, our government may need to do a better job accounting for the men here in this nation illegally; military service is an excellent pathway to Citizenship. By mandating female participation in the draft, our government is undermining our social structure and is on the fringe of becoming a tyrant; we need to tread lightly and not use “equality” as a wolf in sheep’s clothing to implement an undesirable policy.

Ian at 3:56 PM
Re: NDIA Perspective: The Case for Women Entering a Draft

If the advocates of complete "gender equality" want complete gender equality then females should be required to sign up for selective service. Think about the repercussions of your call for gender equality or gender proclamation BEFORE you start yelling for it. #ConnTrackandField.