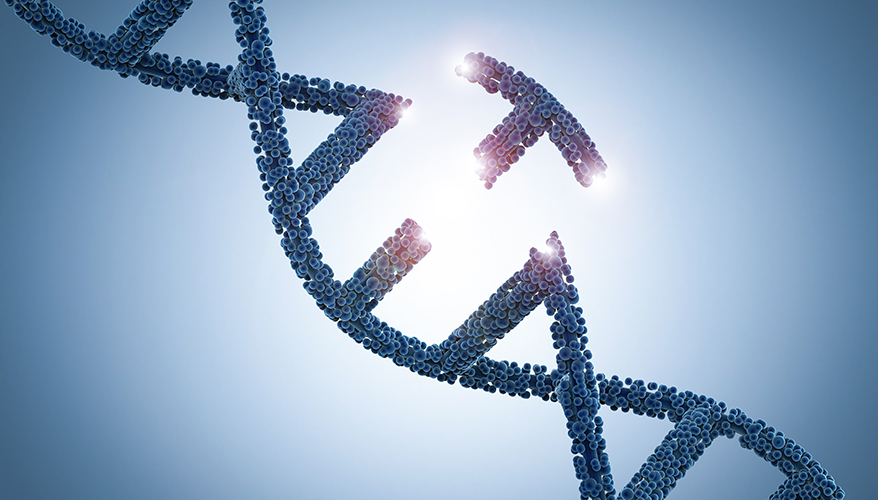 Not that he is a scary person, but he talks about scary things: specifically national security threats that are in the near future, but few people are thinking about.

Giordano, a Georgetown professor of neurology and biochemistry, and chief of the neuroethics studies program of the Pellegrino Center for Clinical Bioethics, is not an expert on geopolitics and doesn’t talk about nuclear weapons, large-scale cyberattacks, the Middle East and Russian aggression — the potential problems we all know about. But rather he casts his eye on the world of biotechnology, looks at the art of the possible, and then thinks a great deal on what they might mean for the future of warfare. He is also an advisory fellow to the Joint Chiefs of Staff.

Weaponizing biotech is scary stuff and it’s all the more concerning because many of the scenarios he speaks of — once the purview of science fiction writers — seem to grow closer every day.

Readers of this column might remember Giordano as one of three experts interviewed in these pages on the mysterious directed energy attacks that have taken place in Havana against members of the U.S. intelligence community and Canadian diplomats. The victims reported odd sensations in their ears, were later examined, and found to have some neurological damage.

The trauma was recently explained away in a handful of media outlets as a combination of “crickets” and “mass hysteria.” More on that later.

Giordano recently called to discuss another incident that made headlines: a Chinese doctor who used gene-editing technology to alter the DNA of human fetuses.

He Jiankui announced in November that he had edited the genes of two twin babies that were born resistant to HIV. His statements were not independently confirmed. The technology, called CRISPR-Cas9, makes it possible to operate on DNA to supply a needed gene or disable problematic ones.

There are three questions to be considered in this case, Giordano said. One is whether he actually pulled off the feat as he claimed. The second involves ethics: should he have done it? And the third is the context: how and why did this take place?

The third question is something the national security community should pay attention to, he said.

There was pushback from China on the experiment. The supposition was that the doctor was a “rogue.”

“I think you have to take that with a grain of salt,” Giordano said. The government, academia and industry are seamlessly engaged with each other when it comes to major initiatives, he said. It might have been a trial balloon on the part of China to gauge international reaction, he added.

Similar to its aspirations in artificial intelligence, quantum computing and other fields, China is investing billions to make itself a world leader in biotechnology.

“The idea of roguism in China working in an institution of the magnitude and the credibility that He was working within is very difficult to reconcile and certainly equally difficult to accept at face value,” Giordano said.

Putting that aside, CRISPR-Cas9 is here and now, he pointed out. “Gene editing has a number of near term and longer term ramifications that … have implications for national security, intelligence and defense,” he said.

If the research goes clandestine, the technology could be used to modify various physiological functions in humans both before birth and perhaps key operational points or optimized points after birth, he said.

With genomic knowledge of weaknesses and susceptibilities to certain diseases, populations could be targeted in order to cause instability in societies, Giordano posited.

Based upon what is known about an individual’s genotypes, a biological attack could use modified organisms such as viruses to hit the immune system’s weak points and selectively target key individuals, groups of individuals, or populations of individuals, and leave others alone, he added.

The idea is to disrupt enough to destroy a status quo. “That’s called ‘immaculate destruction’ or ‘precision disruption’ or ‘ripple disruption.’ So it causes ripple effects,” he said.

Of course, to pull this off, there has to be knowledge of a person or a population’s genome. And it just so happens China is in the process of building a big data set on international genotypes. To target an individual, there is always the old-fashioned way of collecting a leader’s saliva or a hair sample at a diplomatic function. But for widescale effects, they can use at-home genetic tests, which ask users to opt into sharing their data with third parties, he noted.

As for the directed energy attacks in Cuba, the “crickets and mass hysteria” explanation doesn’t hold water, Giordano said.

“Those affected were not random targets, and [the personnel] are not prone to exaggerating symptoms that would interfere with their capacity to execute their mission,” he said. The cricket sounds posted online were amplified and likely part of a misinformation campaign, he added.

“Those affected did not explicitly communicate their symptoms to each other prior to being examined, thereby mitigating the probability of ‘mass hysteria,’” he continued.

“These allegations demean the integrity of those affected and diminish the extent of the impact that this event has had upon their lives,” he added.