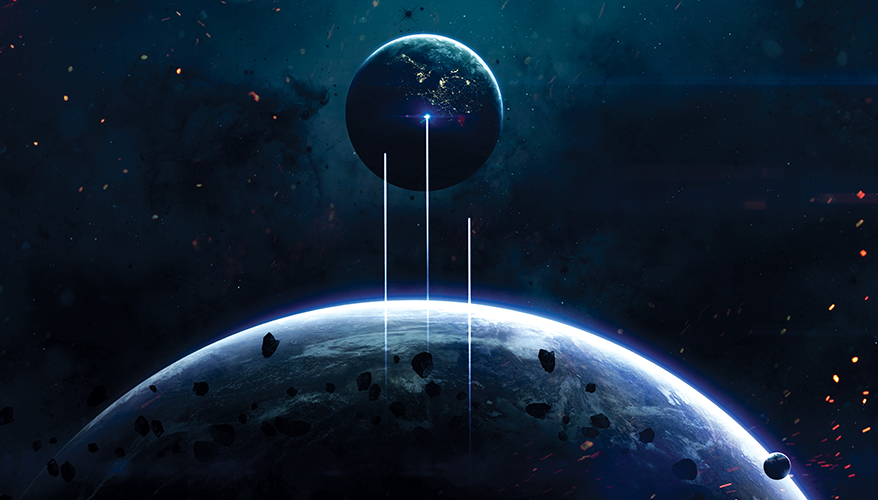 There is a good chance Congress will authorize the creation of a new space force for the military, one of President Donald Trump’s signature initiatives, an influential Democratic lawmaker said March 20.

The legislative proposal that the Defense Department recently provided to lawmakers to create a sixth branch of the armed forces focused on space is similar to a proposal that passed the House two years ago, Rep. Jim Cooper, D-Tenn., the chairman of the House Armed Services subcommittee on strategic forces, said during a space budget and policy conference at the Center for Strategic and International Studies in Washington, D.C.

“The prospects could hardly be brighter,” he said during a Q&A session when asked about the likelihood that the House and Senate will pass a National Defense Authorization Act for fiscal year 2020 that green lights the establishment of a United States Space Force.

The Trump administration is pushing for a new service that would focus on beefing up the U.S. military’s defensive and offensive capabilities in space and supporting operations in other warfighting domains.

Cooper led a push in 2017 to create a new space corps within the Department of the Air Force. It passed the HASC by a vote of 60-1, he noted, but ultimately fizzled due to skepticism in the Senate.

“We didn't succeed as we would have liked in conference [during NDAA negotiations], but the seeds were planted,” he said.

“Most everybody that I’ve talked to whose been to the briefings are like totally on board now,” he added. “You can quibble about this element of bureaucracy or that, but the key principles I think are there. We've got to have an unrivaled space capability and I think we're on track to make that happen.”

Trump’s strong backing could help get the initiative over the hump, Cooper told reporters during a break in the conference.

“I think we with Trump's support are able to pull in more Republicans,” he said, although the politics behind the president’s push could potentially drive away some Democrats, he noted.

“The Senate works in her own way,” he said. “We're months out on that, but I think you're going to see a much greater chance for Senate acceptance than we've ever had before.”

The Pentagon has estimated that the cost of setting up the new service would total about $2 billion over the next five years. About $72 million was requested to start the effort in fiscal year 2020.

Cooper said that’s a small price to pay within the context of a $700 billion-plus defense budget. “This is chicken feed for … an absolutely vital national capability.”

Acting Defense Secretary Patrick Shanahan also spoke at the conference and continued his full court press to make the case for a separate space branch.

Peer competitors such as China are developing anti-satellite weapons and other capabilities that could threaten the systems that the Pentagon and U.S. society depend on, Shanahan noted during a keynote address. The country needs a United States Space Force to bring on new technology faster and prepare for a potential war in that domain, he said.

Shanahan said there is widespread agreement on the Hill about the nature of the threat and the need to be more aggressive in leveraging commercial innovation, removing red tape and doing things for less cost.

“The feedback I've received is worry about adding or building bigger government,” he said. “That part has been pretty universal. And, you know, I don't blame them.”

Lawmakers frequently ask about cost estimate methodologies and for explanations about why creating a space force wouldn’t create unnecessary bureaucracy, he said.

Shanahan noted that the space force would be relatively small compared with the other services.

“When somebody says, ‘Well we’re going to start a new service,’ you start to think about … the Army, you know, with half a million people,” he said. But the new branch would only have about 15,000 to 20,000 personnel, he noted.

There are basically three camps among lawmakers when it comes to the space force idea, Shanahan said.

“You’ve got the fence sitters, you’ve got people who really want to drive it, and then some folks just never want to do it,” he said. “But I think now you’re starting to see momentum” toward approving it.

Todd Harrison, director of defense budget analysis and the aerospace security project at CSIS, was less optimistic than Cooper and Shanahan.

“It is going to be an uphill battle” to get congressional approval, Harrison said during a panel discussion. “If they want to get this through successfully they've got to keep [the space force bureaucratic structure] lean” and be clearer about which personnel will be transferred into the new branch, he said.

America Pushes Its CHIPS All In, Will it Pay Off?

Congress Continues to Kick Appropriations Can