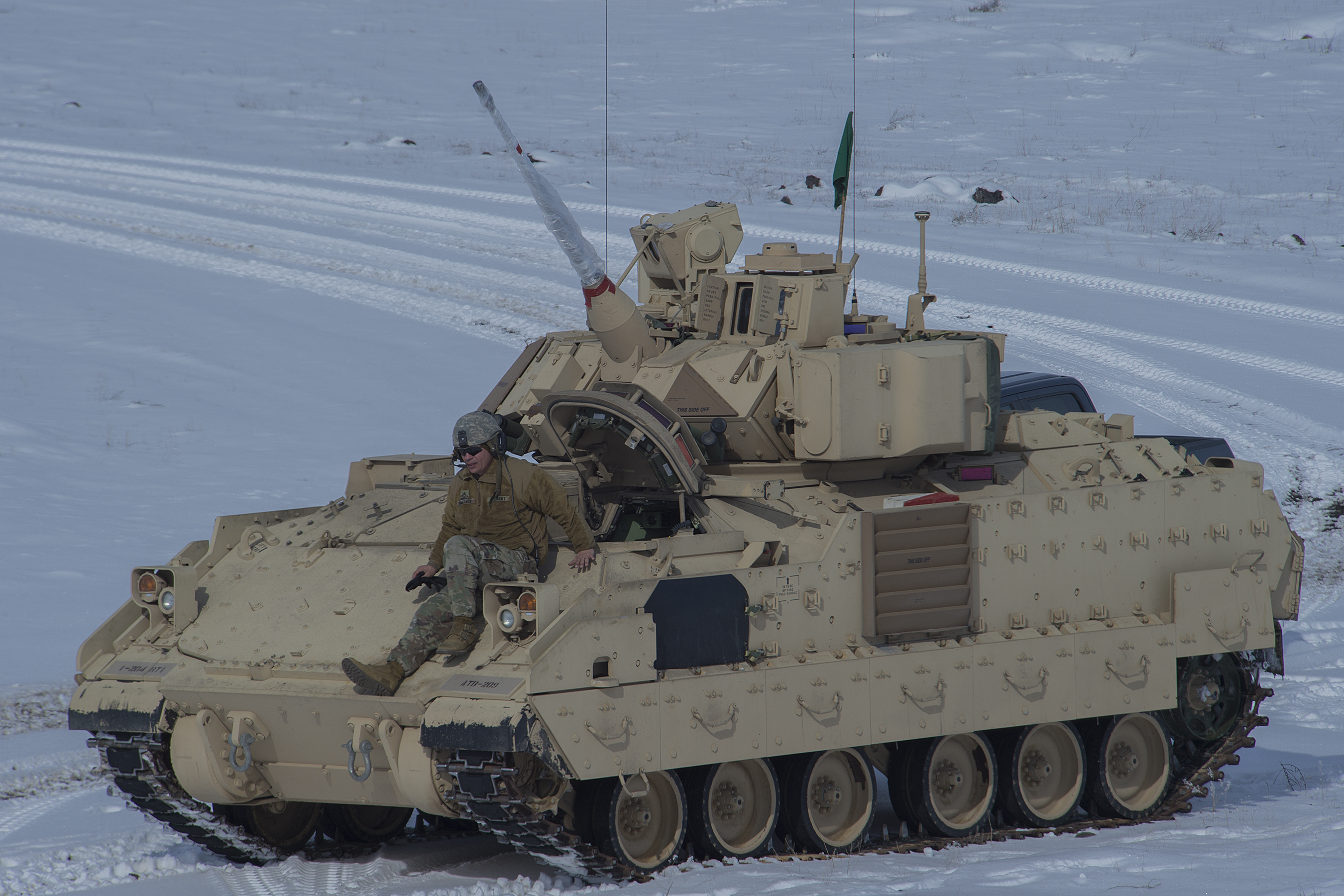 Those who were waiting for the Army to reveal its winners and losers as it modernizes its weapons programs will have to wait. Significant program cancellations resulting from the service’s plan to shift money toward its top modernization priorities may not come until later, the service’s undersecretary said March 12.

“The choices of how these programs will be divested happen across the [future year defense program] towards the end of the FYDP and you're synchronizing them with the investment portfolios,” Army Undersecretary Ryan McCarthy told reporters. As the technology for the modernization efforts begin to mature, the funding for those programs will increase simultaneously, he said.

The Army has requested $182.3 billion for fiscal year 2020. The number represents a “symbolic — or signature — step to depart from legacy systems, of our big five weapons systems, that are standing in our formations today. Clearly that will take time,” McCarthy noted. The Army’s fiscal year 2020 base budget request is $150.7 billion. Overseas contingency operations funding, including money for base purposes, sits at $31.4 billion.

Numbers outlined in budget documents do not include $9.2 billion in “emergency spending.” Although the money will be under the Army’s account, if enacted, it could be used for border wall construction and fixing hurricane damage.

The Army’s budget reform reflects the results of the service’s “night court” process in which officials gather to weigh the importance of programs against the service's top modernization priorities. The priorities include: long-range precision fires, next-generation combat vehicle, future vertical lift, the network, air-and-missile defense and soldier lethality.

The future years defense program, which encompasses fiscal years 2020 to 2024, bumped up funding for these efforts from $24.2 billion to $57 billion, representing a total $32.8 billion increase, according to budget documents. Although the service plans to cancel 93 programs and reduce or delay another 93, the documents do not specify these programs.

Documents note the service was able to free up $3.6 billion in the fiscal year 2020 request. Budget reforms were based on business process improvements; policy reform; better alignment of resources with the national defense strategy; and divestment.

Lt. Gen. Thomas Horlander, military deputy for budget to the assistant secretary of the Army for financial management and comptroller, also noted there will be a decline in funding levels for the Bradley, joint light tactical vehicle and the armored multi-purpose vehicle in future years.

“Other than that, I would tell you this is probably a really good, balanced, procurement program based upon everything we're trying to do over time,” he said.

Mark Cancian, a senior advisor at Center for Strategic and International Studies, said some program cuts are going to be “controversial,” noting that the reforms rely on steady funding and could face unexpected risks.  “There's always risk that something will happen and you start a lot of programs that you then cannot bring into production and field,” he said.

The service also wants to procure 2,530 joint light tactical vehicles, which is 863 fewer than in fiscal year 2019. The Army previously delayed a full-rate production decision from December 2018 to this spring. The director of operational test and evaluation’s annual report for 2018 noted the vehicle was facing deficiencies in reliability and maintainability. Oshkosh Defense stated the company does not expect delays in fielding.

The budget request reflects the Army’s intention to invest more money into nascent modernization efforts. Eighty percent of the science and technology funding request was realigned to the service’s six priorities to “deliver concepts and capabilities at the speed of innovation” the documents note.

For the optionally manned ground vehicle, which is slated to replace the Bradley fighting vehicle, the service is seeking $387 million. The funds would be put toward selecting two vendors to provide prototypes.

Three hundred and ten million dollars would be for mobile protected firepower, which would continue the Army’s effort to complete 24 prototypes and four ballistic hull and turret builds for testing and readiness reviews.

For the future attack reconnaissance aircraft, the Army wants $427 million to finish the initial design phase. According to the documents, two industry solutions will be picked to complete initial prototypes.

Cancian said the numbers in the 2020 request may represent recruiting difficulties. Gen. Stephen Townsend, commander of Training and Doctrine Command, said in January the service fell short of its goal to recruit 76,500 soldiers last year.

“I think from Milley’s perspective, it's mostly … the difficulties in recruiting,” Cancian said. “He doesn't want to ask for soldiers that he can't actually recruit or retain. But I think more broadly, the strategy clearly emphasizes capability over capacity ... it emphasizes modernization to compete against great powers rather than the size of the force.”