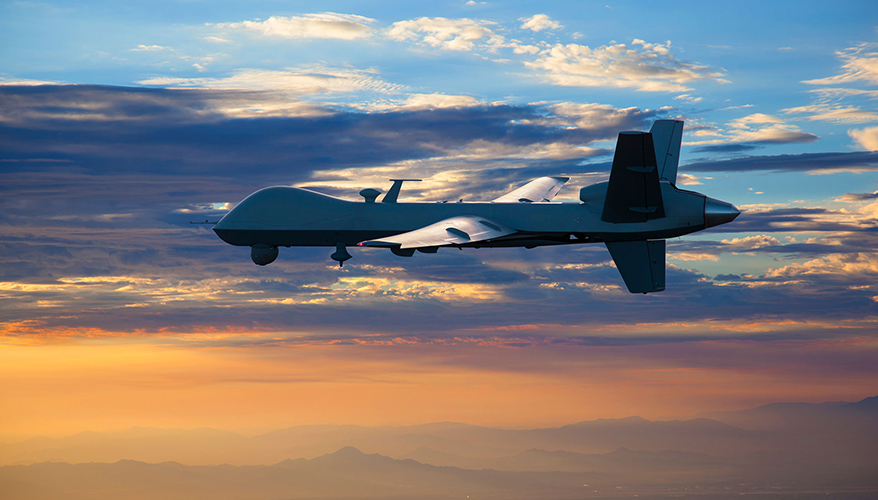 GEELONG, Australia — No matter which medium-altitude, long-endurance unmanned aircraft the Australian Defence Force chooses to acquire this year, General Atomics Aeronautical Systems will be the winner.

“We are the sole source provider down-selected and they are just looking at two different variants of our aircraft,” he said Feb. 28 on the sidelines of Avalon — the Australian International Airshow.

The Poway, California-based company is hoping the RAAF goes for its more capable B-model.

The MQ-9A Block 5 Reaper is the medium-altitude, long-endurance drone that the U.S. Air Force currently uses. “Of course, it would offer very high levels of interoperability [with the RAAF aircraft] right down to the configuration of the airplane, but it is a legacy aircraft,” Ludwig said.

The MQ-9B is just beginning production after the Royal Air Force in the United Kingdom emerged as its first customer. There it will be called the Protector RG Mk1.

“It comes with a lot more capability,” Ludwig said. That includes increased performance in speed, endurance and range. It is also the first large unmanned aerial vehicle designed with engineering standards from the ground up, meaning it comes certified to fly in civilian airspaces, he noted.

It also carries its own onboard sense-and-avoid system — an air-to-air radar, a de-icing system, anti-lightning capabilities and bird-strike protection, he said.

“When you get the regulator looking at the sense-and-avoid system, and the certifiable engineering baseline, that lets individual national— either civil or military — regulators [start] saying, ‘Right-O, that’s now cleared for operations in our airspace,’” Ludwig said.

So why wouldn’t the RAAF want the most advanced MQ-9 aircraft? Maturity of the system is a small factor, Ludwig said. The new model will also cost more. If they were to go for the more advanced SkyGuardian, they may only buy 12. If they go with the Reaper, it would be closer to 16 aircraft, he said.

Another factor is that the B-model will bring more potential for in-country subcontractors, while the A-model will come as-is and Australia won’t be able to make many modifications, he said.

“There are some pros and cons. Our company will clearly market the MQ-9B as a preference because we think it is best suited,” Ludwig said. General Atomics also plans on closing the A-model line when the U.S. Air Force stops procuring it, he noted.

The Australian government is embarking on a 10-year, $200 billion effort to modernize its military. Part of the buildup is the desire to bolster the nation's defense industrial base, which will require partnerships. Foreign contractors vying for new Australian weapon programs must submit a plan stating what kind of local partnerships they intend to carry out.

The RAAF previously leased unarmed, Israeli-built Heron MALE aircraft as an urgent need requirement for fighting in Afghanistan. They eventually ended the lease. Along with the MQ-9, Australia is acquiring Northrop Grumman-built MQ-4C Triton high-altitude, long-endurance drones for maritime surveillance.