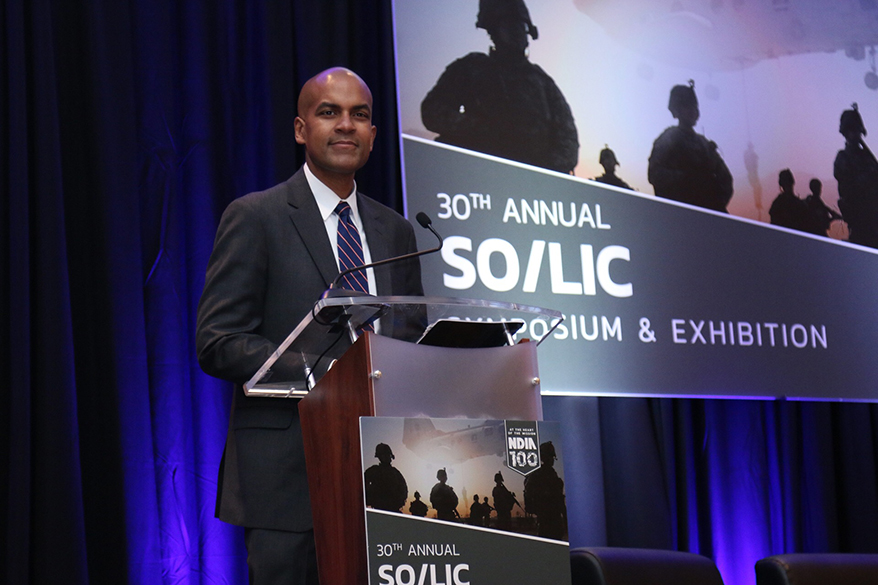 Special operators need to improve their psychological operations skills to counter the onslaught of propaganda being employed by adversaries in irregular warfare, a Defense Department official said Feb. 5.

“I think one of our major shortcomings is the way that we operate in the information environment, how we make investments, how we develop capabilities in the information environment and how we incorporate that into our operational planning," Andrew Knaggs, deputy assistant secretary of defense for special operations and combating terrorism, said at the National Defense Industrial Association's Special Operations/Low Intensity conference in Arlington, Virginia.

Knaggs noted that adversaries have “weaponized” disinformation and are using propaganda to their advantage. This allows them to deflect blame for their online activities, Knaggs said. Insurgent groups such as the Islamic State of Iraq and Syria have been known to leverage the Internet and social media to gain supporters and influence.

The psychological operations, or PsyOps, mission resides within Special Operations Command and is used to influence individuals or populations to take actions that benefit a combatant commander's goals.

“We need to move beyond our 20th century approach to messaging and start looking at influence as an integral aspect of the modern irregular warfare,” Knaggs said.

By having a more established approach to information warfare activities, special operators will be able to counter peer and near-peer competitors as well, he noted.

"Institutionalizing our approach to [information warfare] is critically important to preserving and adapting our current capabilities to [not only] meet future requirements, but the unique challenges posed by rising powers and revisionist competitors require us to rethink our operational approach to IW as well,” he said.

"In this way, we can challenge the illicit — and even licit — influence of our competitors from a position of democratic strength,” he said.

Additionally, special operators need technologies that will allow them to work in environments with low bandwidth, he noted.

The entire Defense Department must improve its ability to fight in all contested environments, Knaggs added. Improvements must be made to major weapon systems, such as the F-35, in addition to those for maneuver units “at the tip of the spear,” he said.