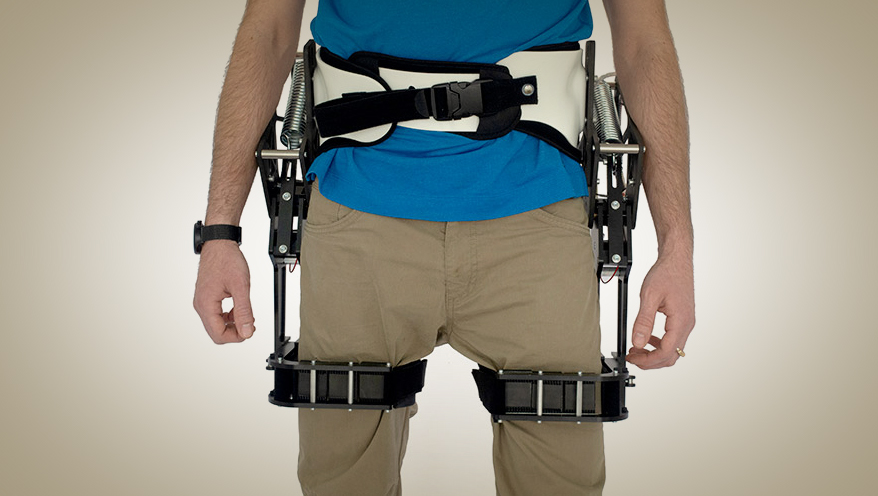 Humotech, a Pittsburgh-based company, and Exoskeleton Report, a volunteer organization, won a competition in October to lead ASTM International’s Exo Technology Center of Excellence, which will serve as a hub for research and development and supporting activities.

Exoskeletons are wearable devices that exert force on the user to aid their movements.

“What we are trying to do with the vision of the center is really help [improve] quality of life … no matter what age you may be," Bill Billotte, director of global exo technology programs at the center said in a recent interview. “No one should be scared of going up and down the stairs. No soldier should be doing their regular duties and come home [injured] just from carrying loads or moving around.”

ASTM International will serve as the standards development organization for the center. It will also provide $250,000 annually for five years to support the center.

“The promise with this exoskeleton technology is that it can help people … have a higher quality of life and work-life for their entire life span," Billotte said.

In pursuit of that objective, the center wants to help build safety and reliability throughout the entire ecosystem of the exoskeleton community, Billotte said. “That is everywhere from the research to the commercial applications to the eventual maintenance and disposal of these things.”

The U.S. Army Combat Capabilities Development Command Soldier Center is partnering with the new organization. The military is interested in exoskeleton technology for assisting dismounted troops' movements and mitigating the risk of injuries that often result from warfighters carrying heavy gear on long missions.

“They are supporters of the center. We are going to be working with them to do different activities and we are coordinating activities with them,” Billotte said.

The center will be in multiple locations, leveraging the infrastructure of its partners to meet and work.

The idea for the initiative formed when ASTM International stood up the F48 Exoskeleton and Exosuit committee in 2017. During its first year, the possibility for a center of excellence was discussed among committee members.

I wonder with the exoskeleton if future U.S. and NATO soldiers can carry and fire the 5.56mm and 7.62mm miniguns and ammo backpacks like in the movies and video games. Such gatling firepower would make for decisive lethal infantry firepower out to the 1,000m range of an AK-47 and would surely break up ambushes. The backup exoskeleton ammo bearer can tote a few backpacks worth of ammo and also act as assistant gunner. Problem is, the peer nation might copy this idea too for they too seem to be developing exoskeletons. Perhaps the video game "Call of Duty: Modern Warfare" wasn't that far off with the enemy soldier in EOD bomb suit toting a Gatling gun and backpack full of linked ammo. Such a setup would prove devastating for the USMC and can even provide adequate air defense against drone swarms if the 7.62mm minigun or 5.56mm microgun is properly laser-sighted and targeted.