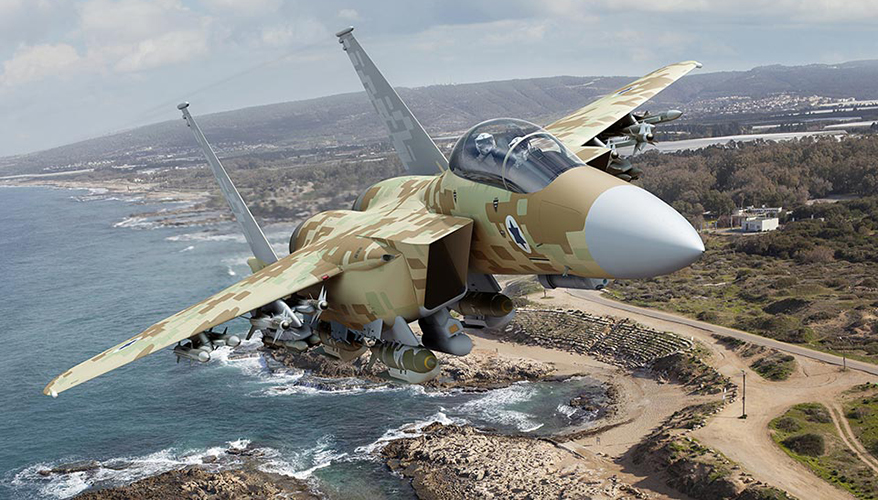 DUBAI, United Arab Emirates — Boeing is still in talks with Israel on a potential F-15IA buy, according to a company official.

Israel has been mulling over a decision to acquire the fighter jet using military assistance funding from the United States. However, the government may need to decide between acquiring additional F-35s from Lockheed Martin or the modernized variant of the F-15, as reported by Israeli media. Boeing’s F-15IA is similar to the soup-ed F-15EX — which Boeing plans to sell to the U.S. military — but also includes several Israeli subsystems, according to the company.

Thom Breckenridge, vice president of international sales for strike, surveillance and mobility at Boeing's defense, space and security business, said in a Nov. 19 interview that the Israelis are continuing to show interest in purchasing the company’s fighter jet. An F-15 simulator was brought to Israel the previous week, he noted.

“The payload that it brings, the range, the persistence, those are all characteristics that are certainly unique,” Breckenridge said at the Dubai Air Show.

The Israeli government has not announced when it will make an acquisition decision, but Boeing is “hopeful that there'll be a decision in the near future,” he said.

The company has recently made big investments in the F-15 fleet by spending about $5 billion on upgrades such as a new fly-by-wire capability and core processor, Breckenridge noted.

There has been “a lot of very advanced new capabilities as part of the F-15 that we had a lot of interest in internationally,” he said.

The U.S. Air Force has been moving forward with plans to purchase the F-15EX, sparking conversations about the platform with international partners, he noted. The aircraft are slated to replace the service’s aging fleet of F-15C jets, although the Air Force has stated that development and production of the jet could be delayed if the current continuing resolution is extended to six months.

Additionally, Boeing has had talks with potential Middle Eastern customers at the air show regarding its F/A-18, he said.

“Without getting into the specifics of the countries, we have had some conversations this week about the platform in this region,” he said. “We'll see what happens. And we have conversations all over the world about our capabilities.”

Kuwait is already a Super Hornet buyer, he noted. In 2018, the company signed a contract with the country for 28 F/A-18E/F jets.

The Super Hornet is also in the running in a competition to replace Canada’s 35-year-old CF-18 fighters.

Breckenridge touted the affordability of the system, saying the platform has “the lowest cost per flight hour of any fighter in the U.S. government's inventory.”

Sometimes nothing beats a two-seater, Mach 2+, twin engine and instrument panel fighter plane and the F-35, no matter how stealthy and advanced, will never be a two-seater and possess twin engines and two instrument panels. The main advantage of the F-15EX and F-15IA is that the Air Force can hang almost anything from the pylons with relative ease. That cannot be said of the F-35 which requires conversion into "Beast (Unstealthy) Mode" or stuffing everything internally if it does fit. The F-35 will never fly above Mach 2.