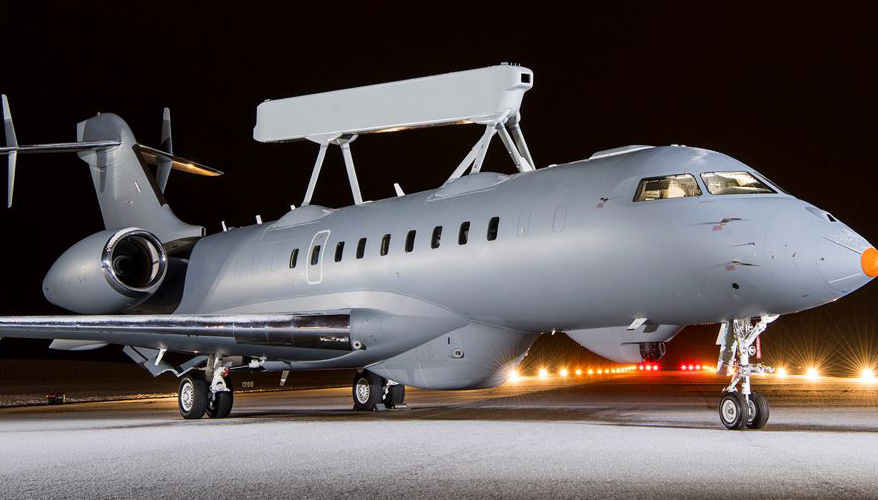 The potential order value is expected to be about $1 billion, according to a company news release. A contract has not yet been signed and Saab is currently in a period of negotiations.

Saab brought a static display of the GlobalEye to the air show, marking its Dubai debut.

The plane is designed to detect targets in the air, sea and land domains. Lars Tossman, vice president and head of the radar solutions business at Saab, said the Canadian Bombardier Global 6000 business jet serves as a base for the aircraft, but is then torn apart and rebuilt at the company's "Santa Claus factory" to incorporate GlobalEye's various sensors.

It can see air-, land- and sea-based threats, he noted. “We have also chosen a frequency band that is extremely resistant to jamming — the S-band," Tossman said. Other frequency bands are not as effective in this regard, he added.

The Emiratis are already under contract to purchase three GlobalEyes and made the initial order announcement at the 2015 Dubai Air Show. The first contract was for two systems and the UAE announced an order for an additional one in 2017.

The first system has completed aerodynamic testing and was flown in Spain due to the country’s stable weather, Tossman said. The second is undergoing system-level testing and the third is designated for operator training.

Tossman said the first platform is on schedule to be delivered in early 2020. The company has already begun to conduct the training program for the customer and deliver some of the associated ground control systems, he noted.

Saab is also discussing the aircraft with other countries, Tossman said. The company sees Finland and South Korea as potential customers.

“I'm pretty optimistic about the future outlook on the market," he said. "There are quite a few more countries we are talking to that I'm not allowed to mention because it's not open campaign yet."