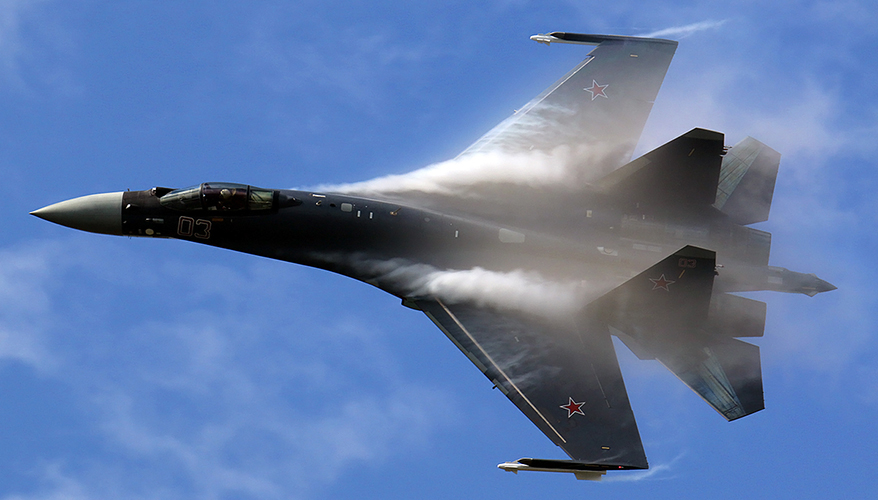 The United States is putting pressure on countries to refrain from purchasing Russian and Chinese military equipment. For example, Turkey is being pushed out of the F-35 fighter jet program in retaliation for Ankara’s purchase of Russia’s S-400 air defense system.

Turkey was previously slated to buy 100 jets at about $94 million each and be part of the international manufacturing base. Ellen Lord, the Pentagon’s undersecretary of defense for acquisition and sustainment, told reporters in August that Turkey's removal could cost the nation about $9 billion over the life of the program.

Now, Cairo’s decision to purchase Russian jets may cause the Trump administration to impose sanctions on Egypt using the Countering America’s Adversaries Through Sanctions Act, which penalizes countries engaging in military equipment sales with Russia. Egypt’s military uses the F-16 Fighting Falcon, among other U.S.-made systems, and has received billions of dollars in aid from the United States.

“To be fair to Cairo, there's opportunities that they're pursuing with the United States,” Cooper said. “We've had a strategic relationship developing with Egypt for years and Egypt has certainly been a provider and guarantor of regional security.”

However, large-scale purchases of military equipment from U.S. adversaries puts bilateral relationships at risk, he noted.

“Do you really want to throw that all away because [of] an introduction of a system that may disrupt their security ecosystem or their defense technology ecosystem?” he said.

Acquiring military equipment from nations like Russia affects buyers’ interoperability with NATO equipment, Cooper noted. Although Egypt is not part of the alliance, it is beneficial for its systems to be technologically compatible, he said.

“Many partners will cite that ... as an aspirational goal, to be interoperable,” he said. “Even if there's never an intention for a state to join NATO, we have many states that will say, 'We want to be interoperable with the United States and NATO.'”

NEWS FROM DSEI: UK Military Leaders Laud F-35 While on Journey to Learn How to Use It